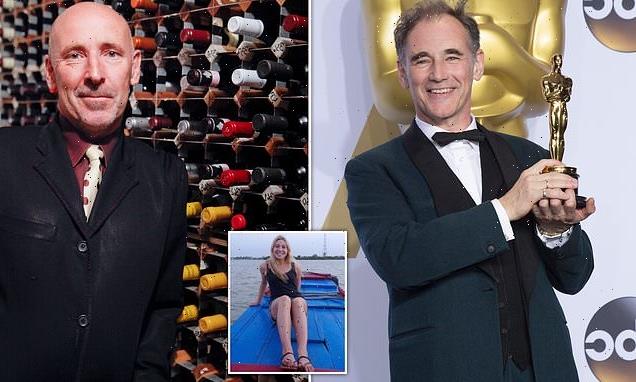 Garlanded with honours — an Oscar and a Bafta among them — Sir Mark Rylance is surely the most compelling actor of his generation, whether on stage or screen. But he is also afflicted by appalling personal tragedies.

A decade after the sudden death of one of his two step-daughters, aged just 28, he has now suffered the loss of his younger brother, Jonathan, 60, in dreadful circumstances, in California, where ‘Jonno’, as he was known, had lived for many years.

Surnamed Waters — the name which Sir Mark shed when embarking on his acting career — Jonno was cycling in the city of Oakland late one evening last week when he was hit by an oncoming vehicle, suffering severe head injuries.

Members of the local fire department, who were first on the scene, gave immediate treatment but, despite being rushed to hospital, Jonno died the following morning, leaving friends in a state of shock. 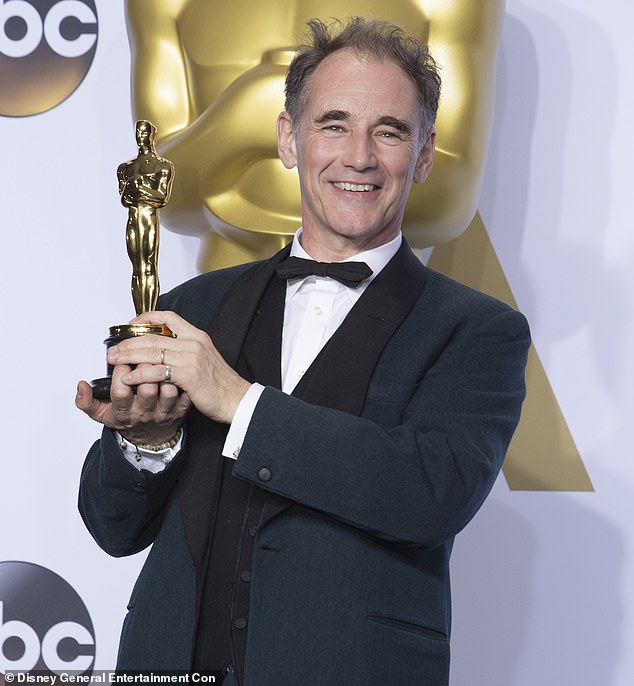 Sir Mark Rylance surely the most compelling actor of his generation, whether on stage or screen 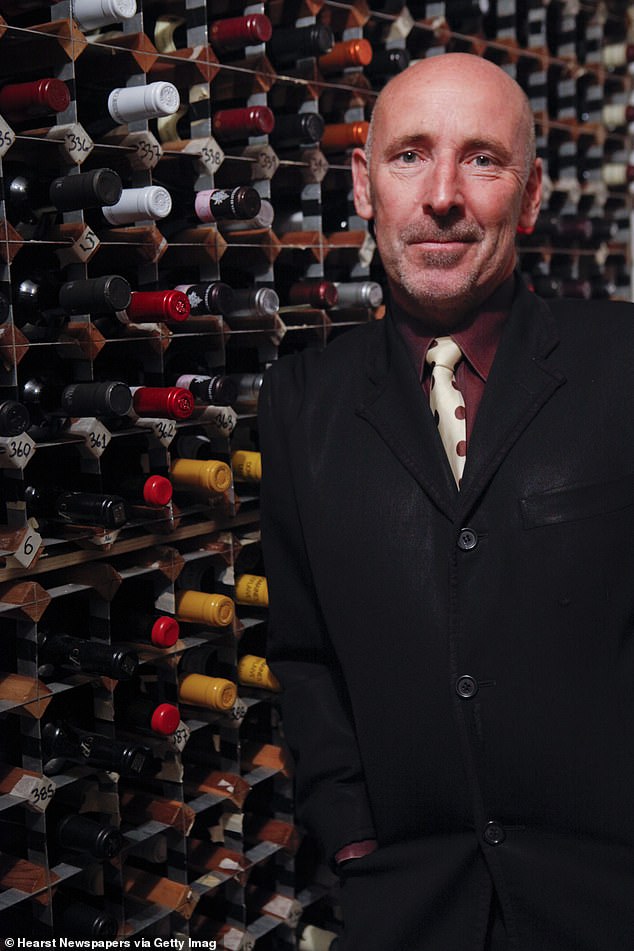 Jonathan Waters was cycling in the city of Oakland late one evening last week when he was hit by an oncoming vehicle, suffering severe head injuries

Rylance’s step-daughter Nataasha van Kampen, a gifted filmmaker, suffered a fatal brain haemorrhage while on a flight from New York to London in 2012

Many of them knew him from the more than three decades he spent at one of California’s most acclaimed restaurants, Chez Panisse, where he had initially cleared tables before becoming an inspired sommelier, adored not only for his encyclopaedic knowledge of wines but also for what one friend described as ‘his grace and joy, light and wit and spirit’.

Rylance, 62, had been starring in the West End revival of Jerusalem, in what one critic has called an ‘almost super- human’ performance.

This week, theatre-goers have been told of Jonno’s death and Rylance’s consequent absence.

On Sunday, he will be in California at a service commemorating the life of the brother with whom he and their sister, Susannah, grew up in America, largely in Wisconsin, where their father taught at the University School of Milwaukee.

The abrupt curtailment of Jonno’s life is as brutally sudden and unexpected as was the fatal brain haemorrhage suffered by Rylance’s step-daughter Nataasha van Kampen, a gifted filmmaker, while on a flight from New York to London in 2012.

Having closed his flagship Mayfair salon after more than 30 years, Nicky Clarke appears not to have a care in the world.

Yet the hairdresser to the stars looked a far cry from his usual stylish self while visiting the shops in North London.

Wearing a dirty, black tracksuit, and sliders on his feet, Clarke, 63, was barely recognisable. ‘I only knew it was him because of his hair,’ remarks an onlooker, referring to his flowing blond locks. 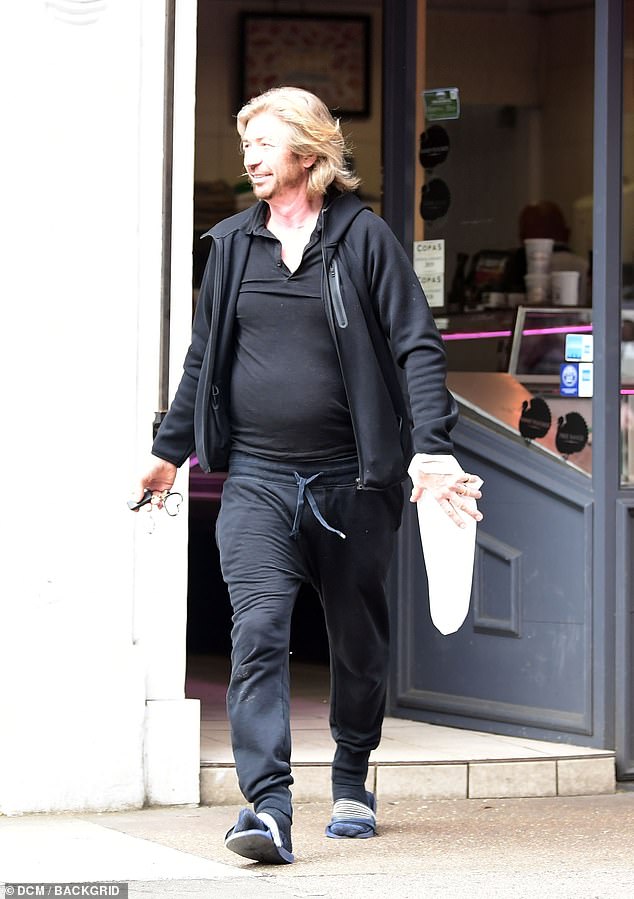 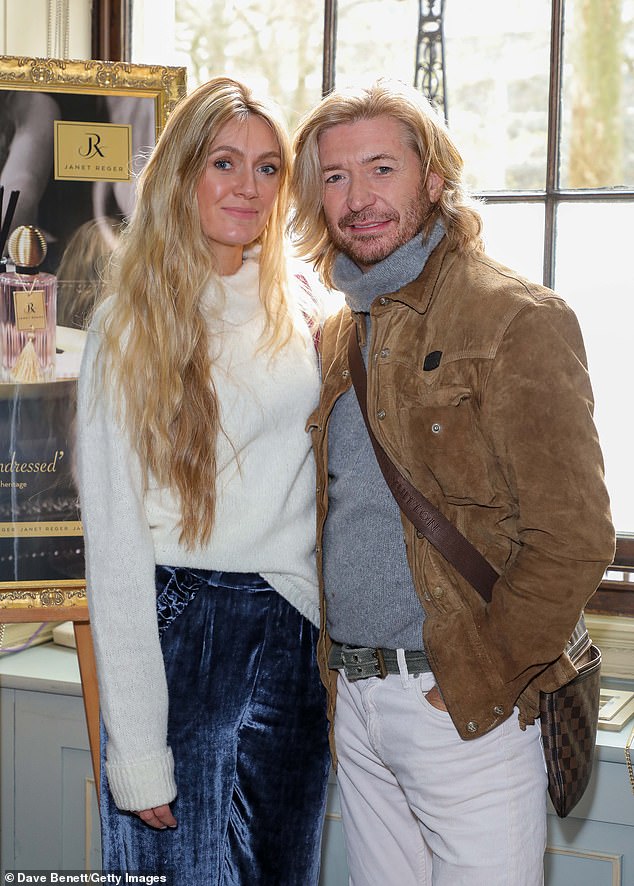 Clarke’s clients included Princess Diana, the Duchess of York and Elizabeth Taylor, and his business empire was said to be worth £60million.

However, I revealed in April that he had shut down his London salon, blaming the pandemic for killing the West End.

Last year, he wed fashion designer Kelly Simpkin, 40, (pictured above) with whom he has two young children.

Geri Halliwell’s transformation from Ginger Spice to lady of the manor continues apace.

I hear the former Spice Girl and her husband, F1 team boss Christian Horner, have re-submitted plans for a £30,000 glasshouse at their country estate.

Geri, 49, who won The Great Celebrity Bake Off, wants to branch out into healthy home cooking and growing her own vegetables, in keeping with her new life as a domestic goddess. 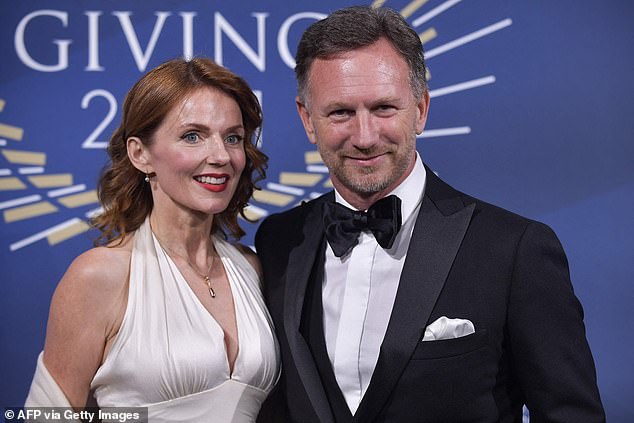 She and Horner had hoped to knock down a lean-to greenhouse and replace it with a 36ft one, but the council said it was too big.

They’re now trying for a 29ft one!

Sheeran out to show that he’s a fungi

Is this the reason why Ed Sheeran’s popularity keeps mushrooming?

The pop superstar wore a jumper embroidered with images of fungi on a night out in Notting Hill, West London, where he owns a £20 million house and a restaurant. 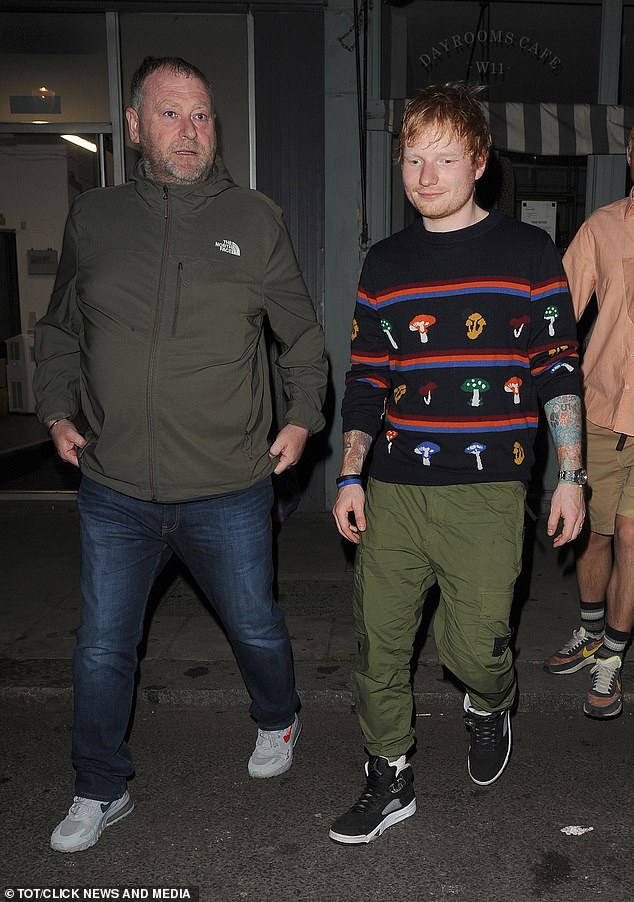 Ed Sheeran wore a jumper embroidered with images of fungi on a night out in Notting Hill, West London

It’s the first time Ed, 31, has socialised since he and his wife, Cherry Seaborn, announced the birth of their second girl last month.

Former Queen’s chaplain Gavin Ashenden managed to demote the Countess of Wessex — to a waitress.

‘It was in the course of a jolly reception at Windsor Castle,’ he recalls. ‘In my defence, she was wearing a smart black number and helping staff by handing round drinks to guests.’

Ashenden asked her if she was ever mistaken for Sophie Wessex. ‘Frequently,’ she said.

Frank Skinner has revealed that he recently slept in Meghan Markle’s bed.

The comedian, 65, was joined by his girlfriend, Cath, and their son Buzz on the bed during a celebration at Cliveden hotel, a former stately home in Buckinghamshire.

‘We stayed not in the hotel proper but in Spring Cottage, which apparently was built for a place where Queen Victoria could take tea with the Duchess of somewhere,’ he says.

And, apparently, the bed we slept in was the bed Meghan slept in on her hen weekend.

‘Obviously, I was a bit more excited by the Queen Victoria connection — let’s face it, she’s more my age group.’

Honoured to be asked to take part in the Queen’s Platinum Jubilee Pageant, actor Nigel Planer was nevertheless left with the feeling that he had caught the wrong bus.

He was on board the bus dedicated to the 1980s because of his role as Neil the hippy housemate in cult sitcom The Young Ones.

‘I met up early on with my old friend Anthony Head.

Then onto the ’90s bus swept Kate Moss, Naomi Campbell and Patsy Kensit. It seemed to be entirely full of supermodels.