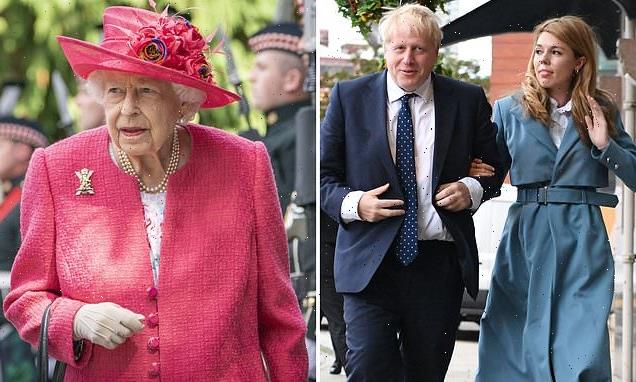 EDEN CONFIDENTIAL: Boris Johnson, Carrie and Wilf WILL visit the Queen at Balmoral despite Covid concerns

Boris and Carrie Johnson will be meeting the Queen this weekend at Balmoral despite courtiers’ mounting concerns over Covid.

The pair, I can reveal, will be setting off tomorrow for their first visit since 2019. Carrie has been eager to stay with Her Majesty since marrying the Prime Minister, and she was disappointed last summer when their trip to the Deeside royal retreat was cancelled to ensure the 95-year-old Queen was not put at risk of catching Covid.

‘They are very much looking forward to the visit,’ a friend of the couple tells me, adding, ‘they have taken all Covid precautions and it will be very safe.’

It will also be the first time their 16-month-old son, Wilfred, meets the monarch. The toddler seemed at home in Scotland when he was taken last year on a romp around the countryside on their family trip. 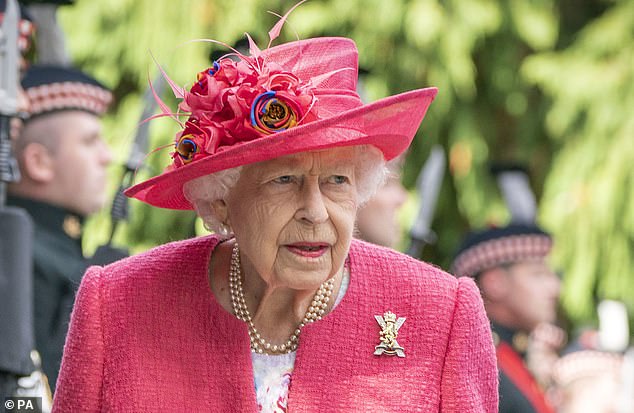 The Prime Minister and his wife, whom he married in May, visited despite not being able to go to Balmoral, and camped next to a remote cottage in the Applecross peninsula on the Scottish coast.

However, they had to cut their holiday short after their location was revealed in the Press.

At the time of their last meeting with the Queen there was consternation among more conservative courtiers as Carrie and Boris had not yet got hitched. Unmarried couples have traditionally been unable to share a room at the royal retreat. The Duke and Duchess of Cambridge did not visit Balmoral until months after they were married.

The Queen has met Boris only once since the start of the pandemic. After that meeting at Buckingham Palace in June, a video was released of her telling him she had just seen ‘poor man’ Matt Hancock and he was ‘full of . . .’ before Boris interrupted her to say ‘beans’.

Last year, the Queen and the late Duke of Edinburgh spent six weeks on the 50,000-acre estate, uninterrupted by bumbling PMs. 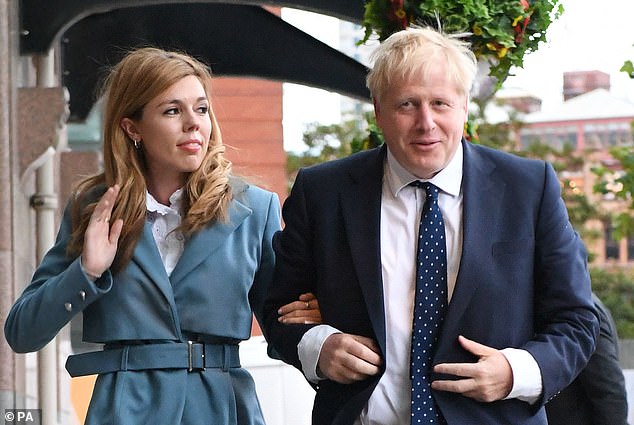 The Prime Minister and his wife, whom he married in May, visited despite not being able to go to Balmoral, and camped next to a remote cottage in the Applecross peninsula on the Scottish coast

I hear his latest book, The White Ship — which details the sinking vessel of the same name and the loss of Henry I’s heir — is being discussed for a screen adaptation. And Charles, 57, who describes his story as ‘Game Of Thrones meets Titanic’, is already putting forward A-list actors for the roles. For the ‘fearsome king’ and his ‘reckless heir’, he suggests Oscar-winner Russell Crowe and Timothee Chalamet respectively.

Eurythmics star Annie Lennox moved to London from Aberdeen as a wee lass, but she still doesn’t feel at home in the capital.

‘I had a constant feeling of isolation and loneliness, and I still feel that,’ admits the 66-year-old. ‘In the past, I was the one looking through the window and thinking I could never afford to go in, but now I don’t really want to be a part of that. There are still circles within circles where people belong, and as much as I love the diversity of London, I think it is hard to feel that you belong.’

The Queen is said to be ‘proud’ that her burly great-nephew, Arthur Chatto, is set to become the first royal to be a Royal Marines officer — but her cousin is just as impressive.

I can reveal that Rosie Stancer, whose grandmother was the Queen Mum’s sister, has just set off on a gruelling expedition in the Aralkum Desert in Kazakhstan at the grand age of 61.

The veteran explorer and polar adventurer is leading her team to hike 20 km a day in 38-degree heat, with erstwhile teammate Pom Oliver in tow.

‘This will be the first full crossing of the breadth of the Aralkum by foot, covering a distance of some 600 km, crossing each delineation of the original shoreline as it shrunk over the past six decades,’ says 5ft 3in Rosie, who was once described ‘a cross between Tinkerbell and the Terminator’.

Tipped to be the next 007, dashing actor James Norton admits he lacks the spy’s natural confidence. The 36-year-old had to present Sir Anthony Hopkins with the Legend Award at GQ’s Men of the Year bash this week, but needed liquid courage before getting on stage.

‘I was nervous and started to sweat, so I drank champagne,’ he told me rather candidly. 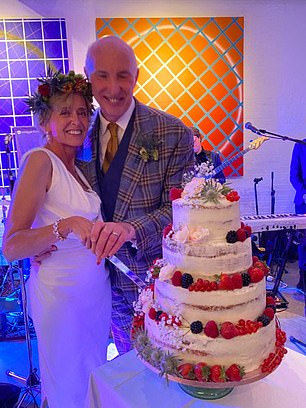 Former BBC arts journalist Rosie Millard has wed the multi-millionaire for whom she left her family three years ago.

They were all smiles as they cut into a berry-adorned cake at the reception in North London.

‘We could not be happier,’ Rosie tells me, adding they’re off to Sicily this weekend for their honeymoon.

Rosie and Alex, outgoing chairman of the Scott Trust, left their respective partners before Christmas 2018.

Shall I be lover? Emma’s tea break with her screen beau

The Crown actress, 25, will star as the eponymous woman who finds married life unsatisfying and seeks fulfilment elsewhere.

Jack, 31 — who gained fame in This Is England and Unbroken — is set to play the gamekeeper with whom she has a passionate affair.

The pair tried to keep a low profile yesterday by dressing down in baseball caps. Chatting avidly, Emma made sure to bring crisps and a cup of tea. 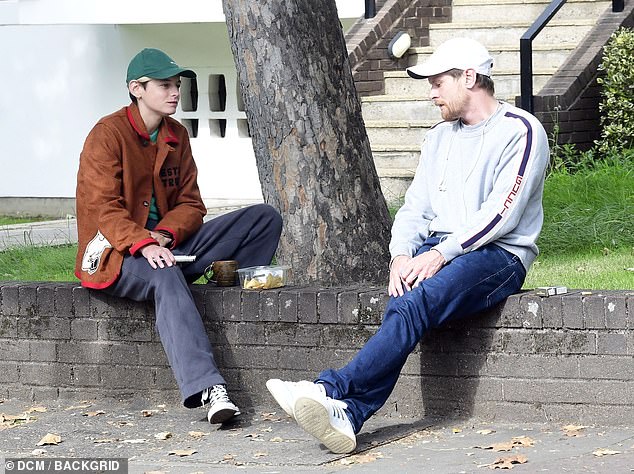 Disgruntled West End star Christopher Biggins claims he and his friends are being let down by the honours system.

The panto veteran is especially peeved that the late actress Una Stubbs was not given a damehood before she died last month aged 84.

‘Una was very special and should have been a Dame,’ Biggins, 72, tells me at the launch party of the Rainer Hughes law firm’s initiative Future Steps.

‘I think our country doesn’t appreciate our national treasures until they’re dead and gone. I would love to be Sir. Bring it on! It’s long overdue.’

Oscar-winner Anjelica Huston, who started her illustrious career as a model in the 1960s, claims the fashion industry is being ruined by today’s obsession with political correctness.

In her heyday, the 70-year-old was snapped by the likes of David Bailey, Helmut Newton and Guy Bourdin. ‘I worked with fantastic photographers. We were allowed to be naughty,’ she says. ‘The lexicon [political correctness] had not yet been invented. So, yes, things were a bit dangerous and, yes, that was part of the allure.

‘Then fashion went silly. It became girls in their mothers’ dresses and their fathers’ shoes. Fashion is all over the place now. It doesn’t know where it wants to be any more.’