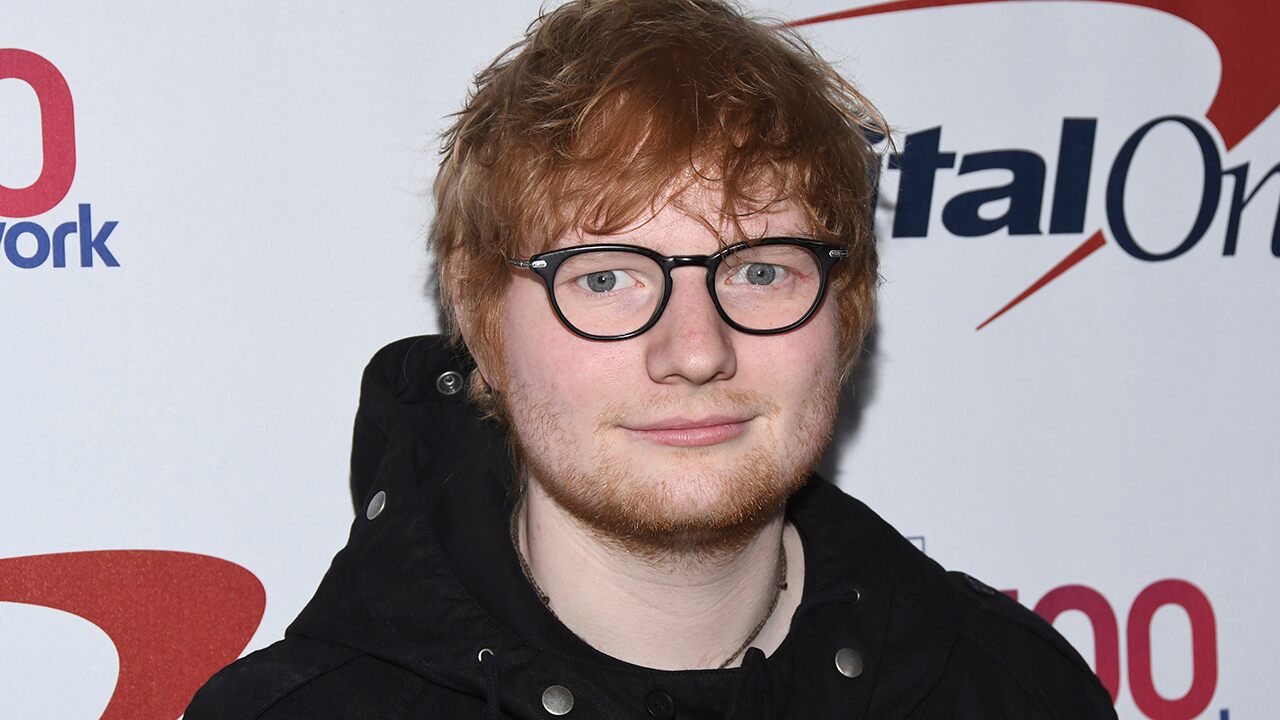 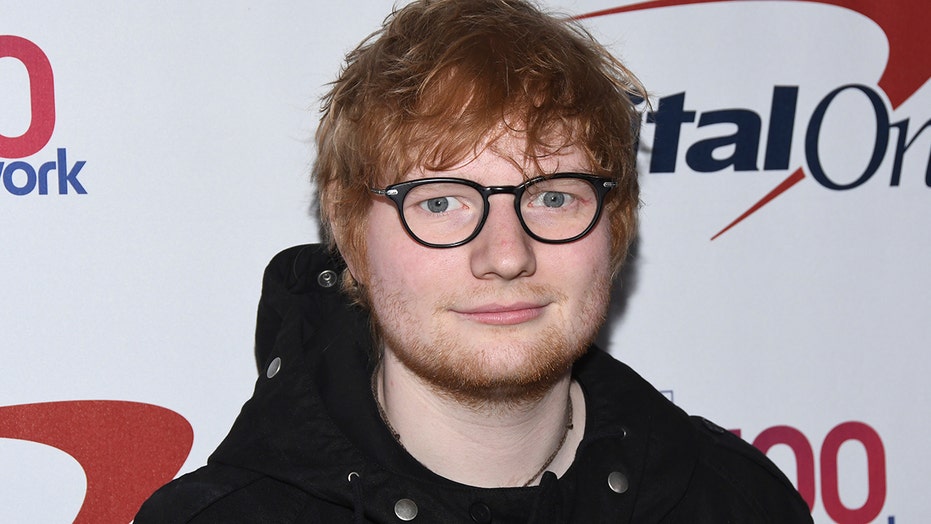 Global superstar Ed Sheeran has cut his friendship group to just four people and got rid of his phone as he battles social anxiety.

The 28-year-old "Shape of You" singer admitted: “I get anxiety every day.”

Ed added: “It creeps up on you. I’ve been working on it for eight years and I closed off from reality. Whether it’s getting rid of your phone or only looking at emails twice a day. Or cutting down my friendship group to the bare minimum just so I can trust everyone. I let people in from a, ‘Let’s hang out place’. There is letting in and then there is letting in.”

Ed — who has sold 150 million albums and saw the success of his last tour make an incredible $628 million — said his crippling condition was sparked by the pressures from his worldwide fame.

The singer, raised in Ipswich, Suffolk, spoke of his mental health battle in an interview to launch his latest album — No.6 Collaborations Project, above. He expressed his frustration at people talking to him with the sole intention of having a photograph. 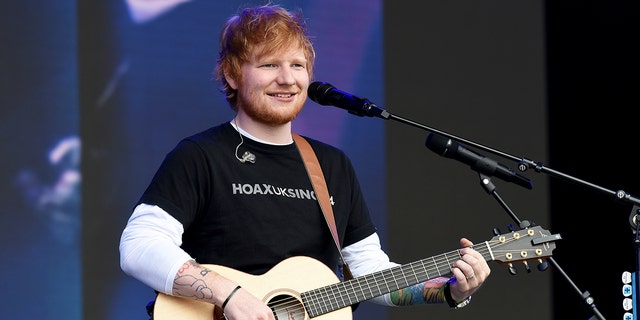 He even questioned why his wife Cherry Seaborn, 26, stays with him in the extremely revealing interview. He admitted fame has left him feeling disconnected and revealed he avoids going out.

Ed opened up to explain: “I have social anxiety. I don’t like large groups of people, which is ironic given I play shows to thousands of people. I feel claustrophobic and I don’t like being around many people. I have no problem with talking to people. But it’s when people film me and stare at me. It makes me feel weird.

“It makes me feel like I’m not human. If you want to come up to me and have a conversation with me. Even if we’ve never met, just come up. But what instantly cuts me off is that you’re having a moment with them which is so genuine and so nice and then at the end they ask for a picture.

“It puts you down to earth and you’re just 15 likes on Instagram. That’s all you are. I was at a Marilyn Manson show and a man shook my hand and said he liked my music, and that was it. That was so nice. Like if I am eating in a restaurant now, I would prefer to have a private room because if I eat in the public room I have people filming me while I’m eating my food. You feel like a zoo animal. I don’t mean to complain, I have a cool job and life. But I just want to avoid that.”

Never before has Ed, a naturally private person, revealed such personal information. He said his torment was sparked by the surge in fame which came from the release of his 2017 single Shape Of You from his album Divide. Up until then he had managed to live his life away from the spotlight.

The record went platinum and Ed became a public figure overnight — meaning he was unable to go anywhere without being recognized. In that year, he was also awarded an MBE for his services to music.

Speaking about the transformation, Ed said: “I used to live in New York and I went out every night but releasing Shape Of You took me to a new level of fame. I was meeting people every day from movies and music.

“I was getting sucked up into it. I felt myself getting drained. If I lived in central London and hung out with people, I wasn’t sure if they were friends with me because of me, or who I am. That’s why I moved here.” 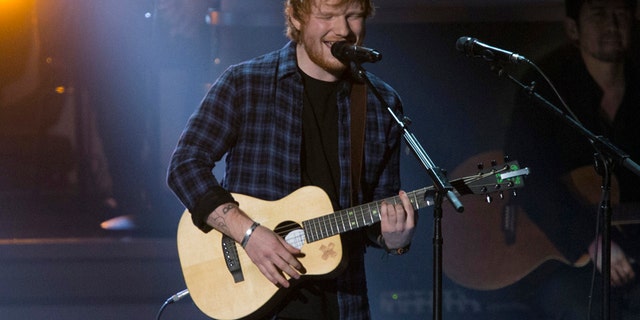 British singer Ed Sheeran performs "I Was Made To Love Her" during the taping of "Stevie Wonder: Songs In The Key Of Life – An All-Star GRAMMY Salute."
(Reuters)

Here, for Ed, is the $2.5 million estate he bought in Suffolk where he can remain completely out of the public eye. His house sits in the middle of the sprawling site — with Ed having purchased all of the houses on the grounds. He said of his decision to cut himself off: “All of these things are in place to protect my mind and it’s working, I think.”

Following the success of "Shape Of You," Ed became locked into an endless cycle — going on two world tours which saw him on the road for four years straight. His career has seen him win a huge number of industry awards, including six Brits and four Grammys.

A major turning point in Ed’s life was reconnecting with childhood sweetheart Cherry. The couple met aged 11 but they grew apart when they finished school. Cherry moved to America while Ed remained in the UK to work on his music.

But after meeting up again in 2015, the pair started dating. The Sun exclusively revealed in February how the pair had tied the knot in an intimate ceremony at a church on Ed’s estate.

He said he now tries to balance his life and make more time for Cherry and his four pals, who travel around the world with him. However, he still struggles to comprehend why Cherry chose to marry him.

Ed admitted: “I constantly wake up every day and look at Cherry and think, why the f*** are you with me? She could be with anyone she wants to but she has chosen me.

And I am saying all of the things that are wrong with me and you still want to be with me. She doesn’t add fuel to the flames. If she said, ‘Yeah, why am I with you?’ then you would get anxiety.

“But I think it’s sweet to think the person you’re with is out of your league.  Imagine if you thought, you’re with me because I’m f***ing amazing. That would be the worst thing, just to take it for granted.”

Ed’s candid interview is matched by some of the 15 tracks on his latest studio album, in which he sings about his insecurities about his marriage and his looks. The No.6 Collaborations Project contains a collection of duets with some of the biggest names in music, including Brit grime artist Stormzy and Canadian pop star Justin Bieber.

In lyrics which feature in one of the tracks, Remember The Name — a collaboration with US rappers Eminem and 50 Cent — Ed suggests his insecurities are born from the fact he thinks he is a “misfit”.

He raps: “I was born a misfit, grew up ten miles from the town of Ipswich.”

In another track, "Best Part Of Me," he nods toward a lack of confidence and sings: “I go from thin to overweight from day to day it fluctuates — why the hell does she love me.”

He also croons about his hair starting to thin and looking pale, which affects the way he feels. But he explained that being with Cherry and keeping his friends close have helped him to cope. Ed said: “I spend a lot of time on the road and I have to believe that what we have is everything.

“Before I spent 800 nights on tour. I don’t remember 2014-2015, it’s a blur. Cherry has an office job so she can’t come out as much as she likes to. But now I take my friends on tour. I have four best friends and it’s not a blur now. We do nice dinners or we finish and we go and relax and have a bottle of wine in my room.”

While his superstardom has caused anxiety, Ed said it had given him opportunities he would never have afforded if it was not for his success. He said: “I can get a private jet, so I can get another day with Cherry.

“Money isn’t the object, time is. And my success has allowed my parents to slow down. I get more quality time with my dad now because he doesn’t work now, he comes on tour with me. I achieved a level of success financially very early.  I can’t be bought. I don’t need to be bought now.”

And while he is adamant that he will never stop singing, Ed said he has started to think about the future and slowing down his career.  He added: “Something has to give. I’m starting a life with Cherry and I can’t spend the next 20 years on the road.

“Kids would be the different thing. I wouldn’t mind sacrificing for them.  If someone told me you can’t tour again for the next ten years if you have kids that is fine, because that is what I have signed up for.  I’ve already achieved more than I thought I would, so now I’m just trying to have fun.”

This article originally appeared in The Sun.