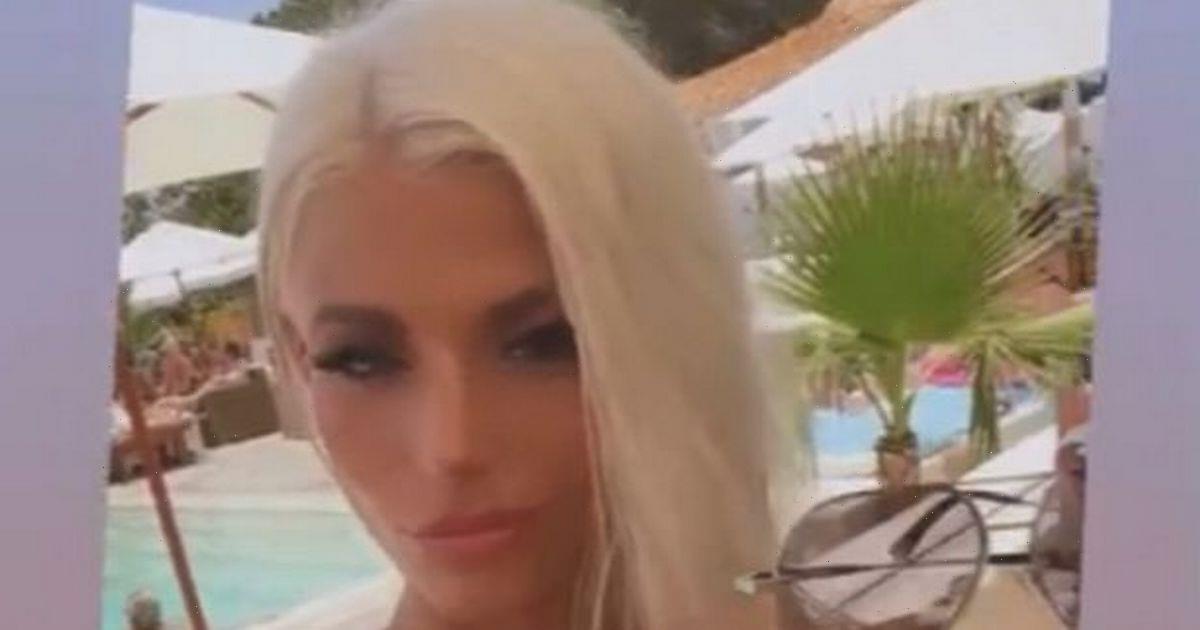 The 30 year old, who’s best known for playing Lola Pearce in the BBC soap, has been updating fans on her time in the sun following the news that her character is to be axed from the show after 11 years.

Danielle was reportedly left "in pieces" over the shock axe, but has put on a brave face as she pouted at the camera in a black bikini as she took a selfie in front of a picturesque pool.

In another, the star could be seen dangling her legs into the water as she enjoyed a frothy drink with a slice of lime on top.

Danielle joined EastEnders in 2011 and has played Albert Square’s Lola on-and-off for over a decade. However, it was recently announced that her character was to be axed as part of a soap shake-up.

A source toldThe Sun the axing is part of a massive shake-up for the show, and 30 year old Danielle was said to be "teary" and "in pieces" after the shock firing, which she reportedly didn’t see coming.

The source claimed that she had not expected to be given the chop as her character is popular with the show’s viewers.

The insider also revealed that the show’s bosses are not planning for the character to return, which means that character could be set to be killed off.

Despite being devastated at the cut, Danielle is said to be throwing herself into the character’s exit. A source said: “Dan was in pieces. The cull came out of the blue.

“She was not expecting the chop because her character has been a firm favourite with viewers. She’ll be written out with no option to return.”

The source continued: “Danielle was teary but was told a number of the cast were being shown the door.

"No-one else has been given their marching orders yet however.

“The rest of the cast are rallying around her.” They went on: “She handled the news like a true pro and is eager to throw herself into the storyline.”

The cut apparently comes as part of new EastEnders boss Chris Clenshaw’s plan to shake-up the show with a series of explosive storylines.

The source said that the popular BBC soap is planning a big storyline for Lola’s departure from the show, although nothing has yet been given away about it.

Billy Mitchell’s granddaughter Lola arrived in Walford 11 years ago, and the teenage character soon found herself pregnant with Ben Mitchell's baby, which ended up being a gripping storyline for faithful viewers of the soap.

She played the character until 2015 before leaving and returning again in 2019 alongside Ben and her daughter Lola.

Lola has been at the centre of a number of attention grabbing storylines over the years including fighting to keep her daughter Lola out of care and her romance with Jay Brown.

Danielle has yet to publicly comment on the rumours of her departure from the show, and she’s remained silent on social media.

However on Monday she posted a photo with some of her EastEnders cast mates, captioning the image: “It’s all about the family”.