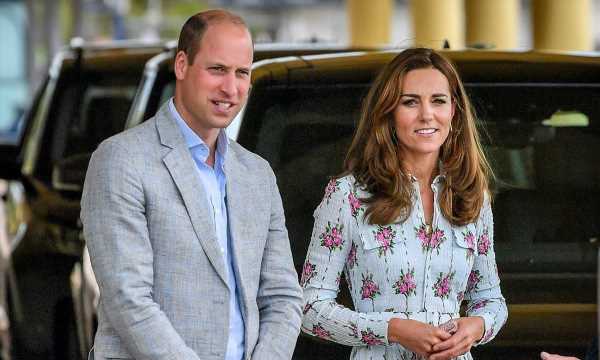 The Duke and Duchess of Cambridge have arrived back at their Kensington Palace home ahead of the start of the Queen’s Platinum Jubilee celebrations.

PHOTOS: When royals make their debuts at the Queen’s birthday parade

The royal couple arrived on Thursday afternoon, presumably from Sandringham where they’ve spent part of the half term week. Their arrival comes just a day ahead of the beginning of the Jubilee celebrations that will start with the Trooping the Colour. For the first time ever, the monarch, who suffers ongoing mobility issues, will reportedly take the salute at the military event from the balcony of Buckingham Palace.

It’s understood that the Household Division will march to the front of the palace where the Queen, who now uses a walking stick, will appear on the balcony to take the salute, to avoid her having to make the journey to Horse Guards Parade by carriage, or sitting on a dais for a lengthy period of time.

MORE: Kate Middleton’s pre-birth secret for staying in shape – Meghan Markle is a fan too

Her Majesty arrived back on Tuesday following a stay in Balmoral, where she normally stays for a period of time during the late spring months.

However, the return journey wasn’t smooth for the monarch, as a landing had to be aborted when her 13-seater was caught in an electrical storm that had rain and hail.

Responding to reports, a spokesperson for Buckingham Palace, said: “The Queen’s flight was delayed due to a lightning storm, all the correct procedures were followed and there were no safety concerns.” 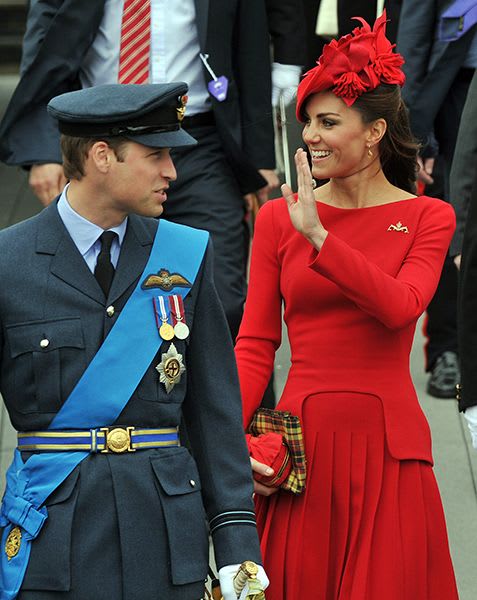 Also back are the Duke and Duchess of Sussex, who have brought their two children, Archie and Lilibet, with them for the celebrations.

This is the first time Prince Harry and Meghan have brought their family to the UK since leaving for the US in 2020.

MORE: Prince William and Kate away for Lilibet’s first birthday as they spend day in Wales

SHOP: Kate Middleton and Prince George just made us want a pair of crocs

It is believed the family-of-four will stay at Frogmore Cottage, Harry and Meghan’s UK residence. The home was where the couple spent their final period as working royals before moving to north America, and it was recently reported that they extended the lease on a 12-month rolling arrangement.

Meanwhile, during the four-day weekend, the monarch is expected to spend time at some stage with the Sussexes. The trip is extra special since little Lili will celebrate her first birthday on Saturday, but it is not yet known when she will meet her great-grandmother in person for the first time.

Celebrate the Jubilee with HELLO! Shop our special products here.