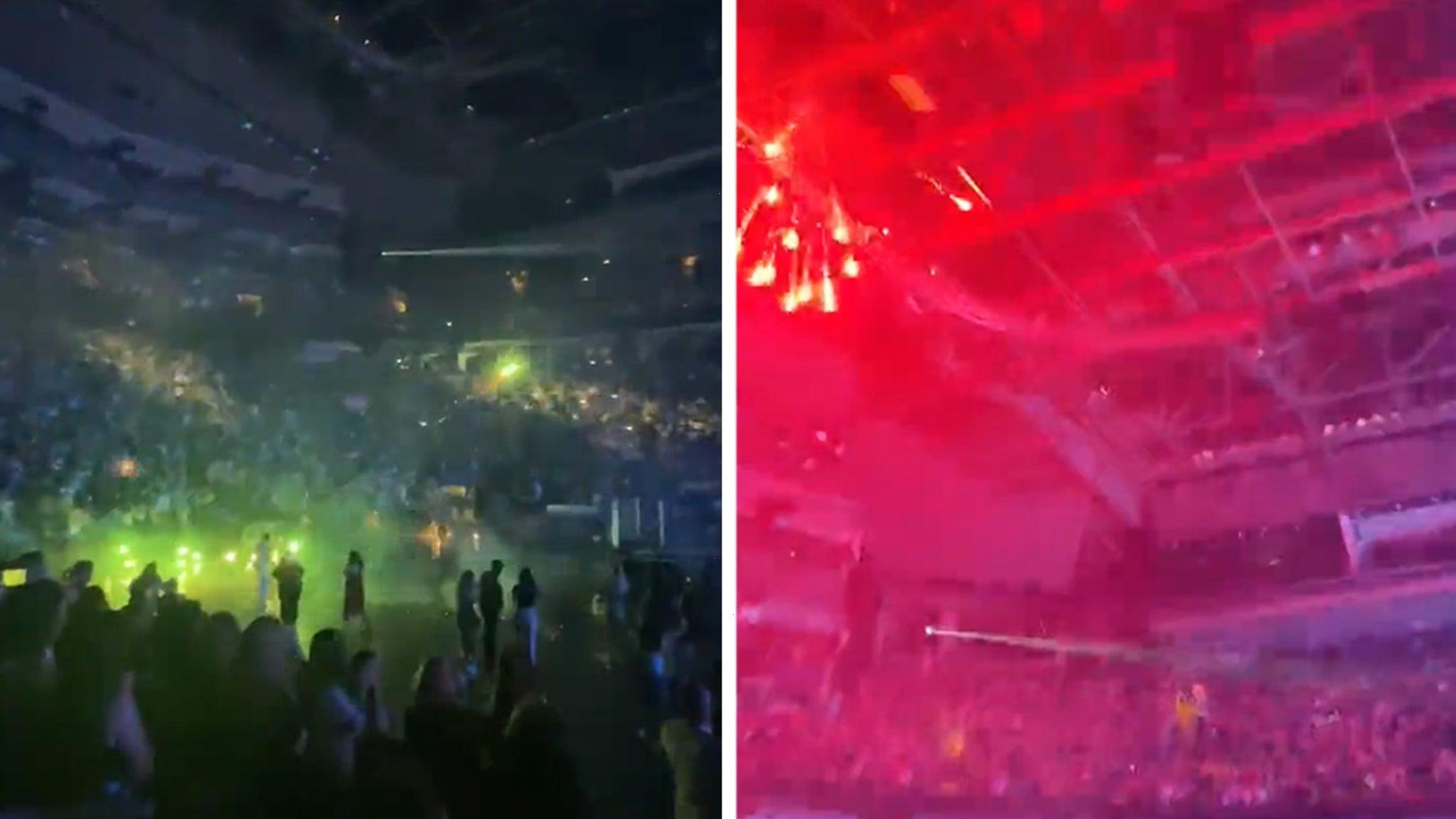 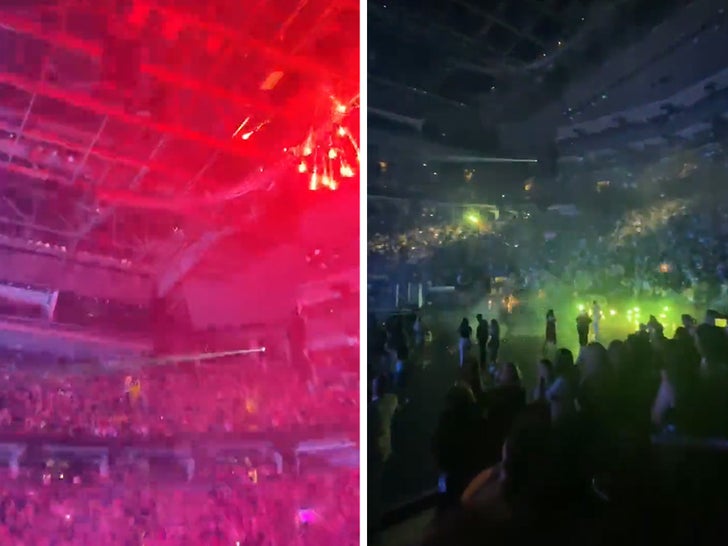 Dua Lipa‘s concert in Toronto featured some unplanned effects, thanks to some fans who somehow snuck fireworks inside the venue, lighting them, and injuring a few fans.

The singer took the stage at Scotiabank Arena Wednesday night when a series of fireworks were set off from the floor seats. In video from the show, you see multiple explosions of different colors as Dua and dancers perform.

A rep for Toronto Police Service tells TMZ they got a call to the arena just before midnight for fireworks at the end of the show.

We’re told at least three people suffered minor injuries, but fortunately, no one needed to be hospitalized … the specifics on the injuries was not clear. There was also no damage to the arena, a lucky fact given the possibility of fires. 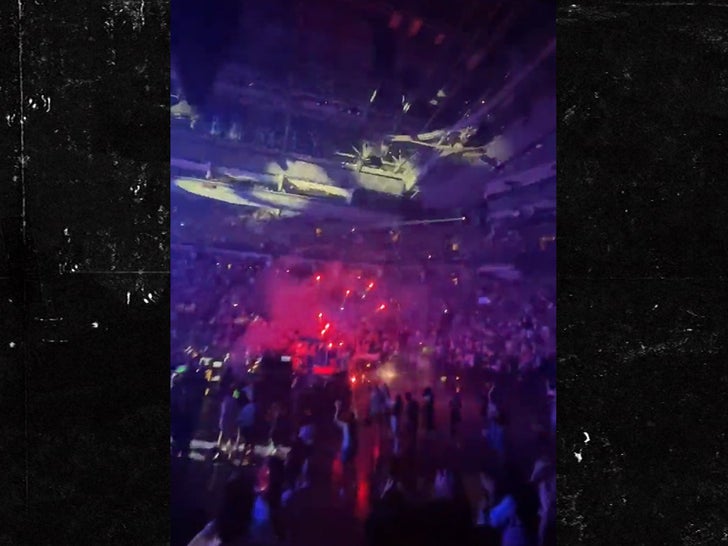 At this time, cops are working with the security staff at Scotiabank Arena to review surveillance footage to determine how the fireworks were brought inside and who is responsible for setting them off.

Dua has not yet commented on the incident.