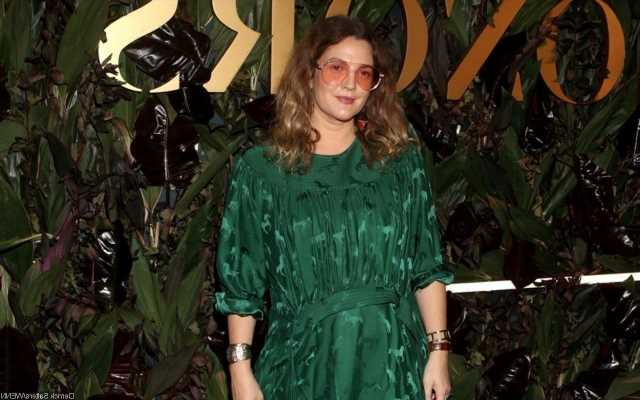 The ‘Charlie’s Angels’ star was taken to the Van Nuys Psychiatric Hospital near Los Angeles, California by her mother for an 18-month stay after she ‘got so out of control.’

AceShowbiz –Drew Barrymore kicked off the second season of her U.S. daytime talk show with an emotional return to the mental health institute where was committed as a 13 years old.

The “Never Been Kissed” star wanted to show viewers how dark things became for her when she was “a real wild child” as a teenager. In the clip, she sat on top her car outside the fenced-in facility as she recalled the 18 months she spent within its walls.

Drew, who made her acting debut at the age of five in 1980’s “Altered States” and became world-famous at seven for her role in Steven Spielberg’s “E.T. the Extra-Terrestrial”, had a hard time dealing with so much fame at a young age.

The former child star, who famously partied at New York City disco Studio 54 when she was only nine, developed an addiction to drugs and alcohol during her wild child heyday, which she documented in her 1990 memoir “Little Girl Lost“.

She was 13 when her mother admitted her to the Van Nuys Psychiatric Hospital near Los Angeles, California, for an 18-month stay.

“I think this is important for me to share with people because when they watch our show, we have a very beautiful set and I get to dress in nice clothing and get my hair and makeup done and there is an elegance, hopefully to the show,” said the “Charlie’s Angels” star. “But I will never lose sight of this part of my story and I have seen and been through things and they’ve helped me just recognize in all of us that we go through stuff.”

Drew added she’s proud of overcoming her past and is now looking back at it with “honor and humor”. The star said the visit to the mental health institute was hard but “empowering”.

“[My] life is so wonderful compared to what it was in this place,” Drew added. “I can’t even believe I actually get be be where I am now, because when I was here I didn’t see that, I thought I would be here forever. I am just so happy with my life and I don’t know if I would have the life I have if it wasn’t for a place like this. So it was so important to come here today and just honor this.”