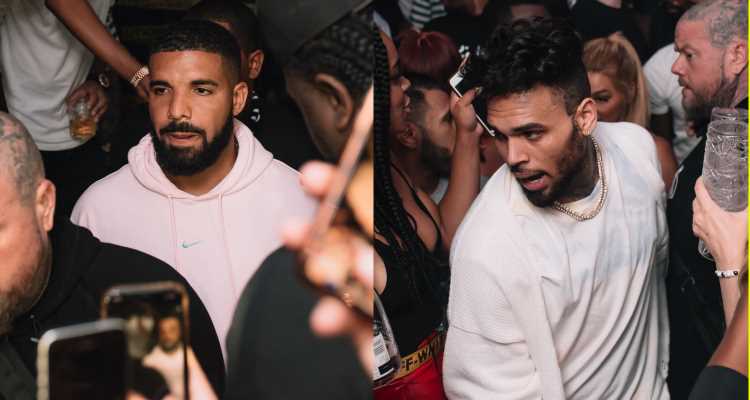 Drake and Chris Brown hit up a Miami club!

The 32-year-old “God’s Plan” rapper and the 30-year-old “Wobble Up” singer partied at hotspot Mr. Jones on Tuesday (July 2).

The stars are town filming the music video for their new single “No Guidance.”

They arrived around 1 a.m. and relaxed at separate private VIP tables with their entourages that were reportedly mostly women.

“No one knew Chris was coming … They showed up 20 minutes apart,” a source told Page Six. “They didn’t join forces [because] they were too big a group to come together.”

Chris did stop by Drake‘s table “to say hello for a quick minute,” before going back to his own section, the source added.

The source also said that Drake and Chris Brown “mouthed their lyrics enthusiastically along with the crowd when the DJ put their song on. This was when the party really got livelier and they were having more fun.”

The party went till 3:30 a.m. and continued at an undisclosed location.