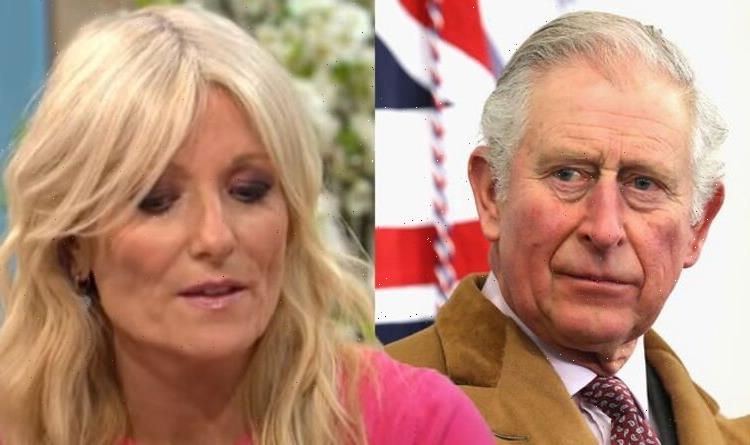 Gaby Roslin, 57, knows a lot about bowels due to her father having bowel cancer and herself and her husband living with bowel issues. The presenter revealed in a recent interview the strict rules she was given when she met Prince Charles when they were doing work for a bowel cancer charity that included not saying “bottom or poo”.

Gaby is most known for presenting The Big Breakfast between 1992 and 1996 as well as presenting on Children in Need between 1995 and 2004.

Her husband David also lives with ulcerative colitis and she herself is diagnosed with a wheat allergy.

Speaking to The Mirror, Gaby spoke about the strange rules she was given when she shared the screen with Prince Charles.

She said: “When dad was diagnosed with bowel cancer in 1996 I suddenly realised I needed to learn more about health and nutrition.

“I really wanted to get to the bottom of it, no pun intended! That’s something I still do. I read proper medical papers, not just magazines.

“When he got out of hospital we were doing something for a bowel cancer charity with Prince Charles. It was for a news programme and they said, ‘Clive, can we talk to you and Gaby? Just to warn you, please don’t say bottom or poo’.”

She admitted that her father found that “ridiculous” at the time as it is impossible to talk about the issue without mentioning getting screenings and where you would get them.

Gaby and her family know however that the more you talk about something, the more we learn, leading others to get checked.

The presenter spoke about how her husband, David, and she get regular checks, revealing she’s had a “camera up my bottom”.

David, whom she married in 2013 lives with ulcerative colitis which is a long term condition that leaves the colon and rectum to become inflamed causing ulcers to develop on the colon’s lining.

Gaby speaks out a lot on bowel cancer in order to improve awareness, however she spoke on a podcast last year about “TV becoming too safe” since her days.

The former Children In Need host said that her show, Big Breakfast, was an original concept when they first started it together in 1992.

“And I wish there was more of it, I would do it like a shot. I don’t necessarily mean Breakfast.

“I think that television has become a little safe.

“And even though I’m obviously slightly older than 33 (I tell everyone I’m 33 I’m sticking to that), there’s no way that somebody is going to make me sit behind a desk and go: ‘Good afternoon. Welcome’,” she added.

Gaby explained on the podcast how Big Breakfast was unscripted and how her and Chris pushed themselves to try new and bold things.

She said: “When it started, Chris and I were very lucky that there were no scripts.”