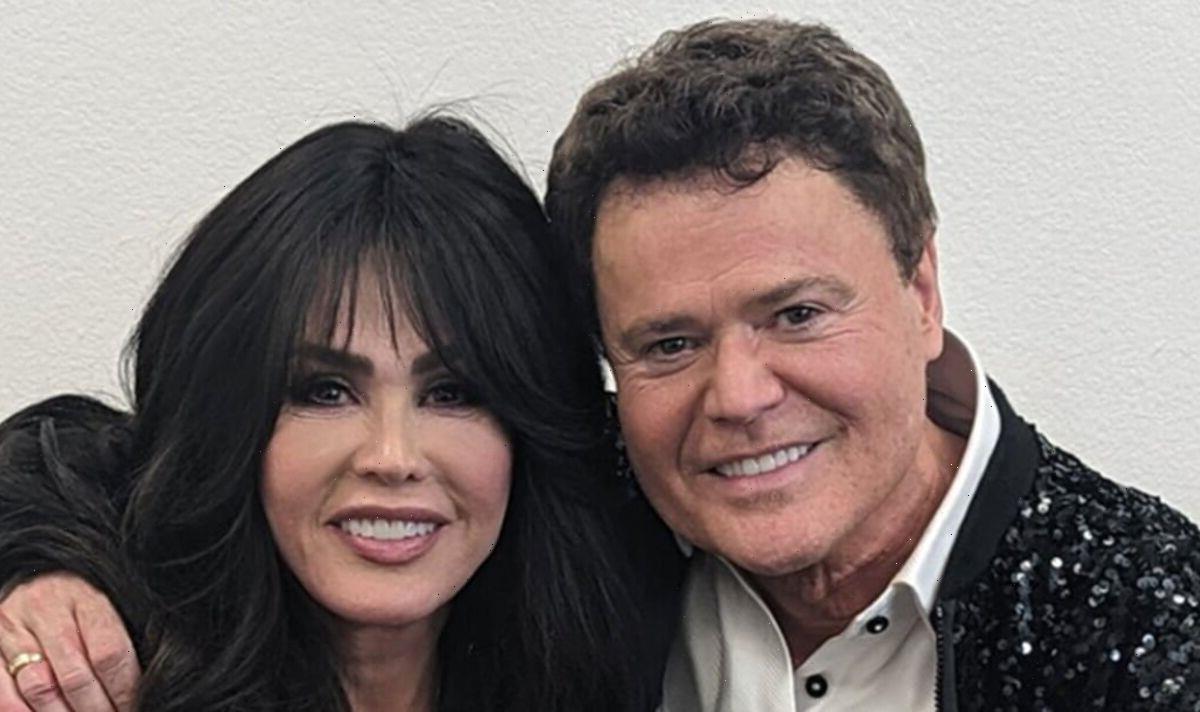 Donny Osmond, 64, reunited with his sister Marie Osmond, 63, for a one-off performance as the singer told his fans on social media he “wished everyone could have seen it”. It comes after the pair announced they would be saying goodbye to their Las Vegas show in 2019 after an 11 year run.

Taking to Twitter today, the former teen idol shared a photo alongside his younger sibling as he wrapped his arm around Marie.

The lookalike siblings looked chic as they beamed at the camera for the candid photo.

Donny sported a plain white shirt which he teamed with a sequinned black jacket, while his sister wore a black blazer as her dark tresses cascaded down her shoulders.

The Puppy Love hitmaker penned an emotional message as he gushed over the pair’s sweet reunion at Harrah’s Las Vegas on Saturday night.

“Words cannot express how great it was to see my sweet sister at my show on Saturday night at Harrah’s Las Vegas.

In a follow-up tweet: “I went out to the booth where Marie was sitting and we sang our theme song once again together. The crowd went wild.

“I wish everyone could have seen it. I’ll remember that moment for the rest of my life.

The hitmaker was inundated with messages from his legion of fans who gushed over the brother and sister singing duo.

Twitter user, Erin penned: “Wish I could have been there but am lucky to have seen the videos of it. There is no denying the love you have for your sister and the gratitude you have for her role in your life. Very precious for us to see you pour out your heart.”

Cynthia commented: “Can’t believe it’s been 3 years since I saw you both at the Flamingo!”

Tina shared: “Aww it was SO amazing to see Marie there… & watching you sing together #DonnyAndMarie together again.”

Sid remarked: “I did see it! Loved seeing you both sing together again.”

Donna added: “You two are the best!!! No one entertains like you both do! Love yas since forever! Was at many Flamingo shows! Hope to get to Vegas/Harrahs!”(sic)

The brother-sister duo made the announcement in March of 2019 on Good Morning America confirming rumors they were ending their residency.

The two launched their residency back in September 2008, planning for just a six-week concert engagement.

However, the residency kept being extended, marking a decade of performances in 2018.

The pair previously addressed their reason for the family split, putting it down to both Donny and Marie pursuing other projects.

Donny has continued to perform his solo Las Vegas residency but it was previously postponed due to the coronavirus pandemic.