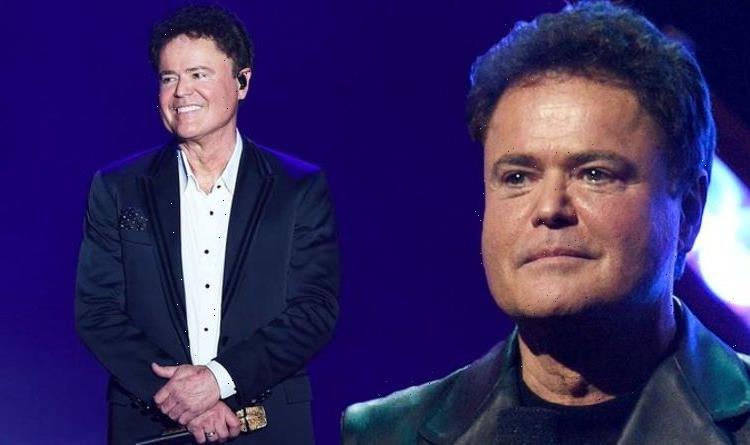 Pantoland at The Palladium: Donny Osmond to star in show

Donny Osmond, 63, was forced to pull out of his Pantoland at The Palladium show on Monday, after suffering an injury the night before. The former teen idol took to his Twitter account yesterday to share the latest health update with his 198,000 followers.

Donny also thanked his fans for the support he received while recovering from his injury.

He wrote: “Thank you to everyone who has been sending so many kind words.

“I wanted to update you that I am doing great and it’s good to be back on stage!

“Excited to say THE SHOW IS LIVE!”

In a later tweet, the star added an “exclusive” surprise for those who had not seen the show yet.

He penned: “I wanted to give you an exclusive piece of the show if you have not been yet! In one part of the show, I get to work with the amazing ventriloquist @paulzerdin.

“I do a scene with Paul’s friend named Sam and let me just tell you it’s absolutely hilarious!”

Fans of the star appeared to be relieved to hear the good news as they responded to Donny’s tweet.

NonnaIrene said: “So happy you are well and back Donny.

“I will be there on Saturday and I am so looking hard to seeing you and the rest of the cast of course… oh yes I am!”(sic)

kirstyAwheldon added: “I am so pleased that you are on Donny I wish I could see in panto but my anxiety is making it extremely difficult for me to travel on my own.

sdcblifn tweeted: “So good to see you well and back on stage where you belong.

“Loved the show SO much just had to book another one. Never laughed SO much in ages.”

dianemillett typed: “So pleased to hear that you are OK Donny.

“You had us all very worried.”

It read: “Donny Osmond suffered a slight injury during the evening performance of Pantoland on Saturday and thus will miss Sunday’s scheduled shows.

“He’s being evaluated by a doctor and hopes to return to the stage on Tuesday.

“Today’s performances at The Palladium will continue as planned.”