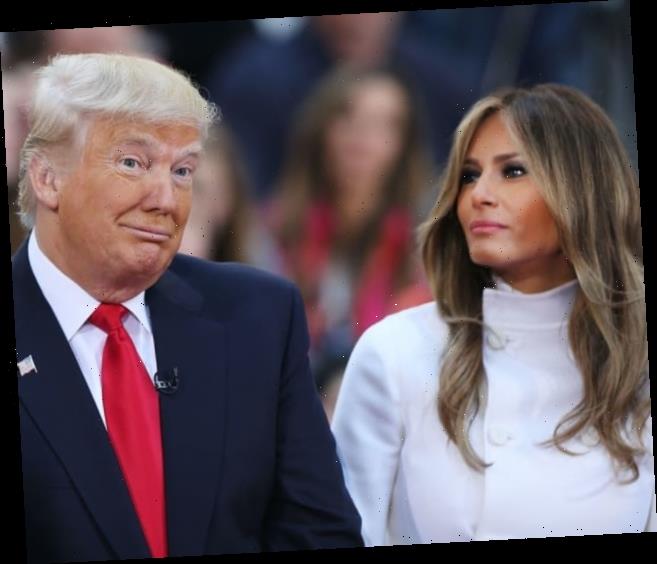 Donald Trump and and his wife, Melania, have tested positive for the coronavirus.

Both the White House and the President himself confirmed the news very early Friday morning, a few hours after also confirming that Presidential aide Hope Hicks had come down with the potentially deadly virus.

Hicks traveled with Trump on Tuesday night to and from his debate with Joe Biden in Cleveland.

She was seen getting off Air Force One at one point without a mask on.

“Tonight, @FLOTUS and I tested positive for COVID-19,” Trump Tweeted around 1 a.m., adding:

“We will begin our quarantine and recovery process immediately. We will get through this TOGETHER!”

The Commander-in-Chief, of course, has long been criticized for the way in which he’s downplayed this pandemic in 2020.

President Trump has often scoffed at frequent mask use, even mocking his opponent in the election on stage at the aforementioned debate for how often Biden wears his mask.

In a recorded conversation with journaliist Bob Woodward in February, Trump also admitted that COVID-19 was a very serious issue, far more deadly than the common flu.

He also admitted to keeping this information from the public on purpose.

Just hours before announcing his diagnosis, Trump told a virtual audience the pandemic was nearing an end — despite all evidence to the contrary.

“I just want to say that the end of the pandemic is in sight, and next year will be one of the greatest years in the history of our country,” he said during pre-recorded remarks given to the Al Smith Dinner, convened virtually this year because of the outbreak.

For her part, the 50-year old First Lady tweeted that she and her husband are “feeling good,” adding:

“As too many Americans have done this year, @potus & I are quarantining at home after testing positive for COVID-19.”

The White House, meanwhile, has canceled all of the President’s scheduled engagements for Friday, except for a phone call on COVID-19 support for vulnerable seniors.

Trump has been in five states over the past four days and has interacted with a countless number of staffers.

The President’s doctor, Sean Conley, said the couple is “well at this time and they plan to remain at home within the White House during their convalescence.”

“Rest assured I expect the president to continue carrying out his duties without disruption while recovering, and I will keep you updated on any future developments,” Conley added in a statement released by the White House Press office.

On Thursday night, Trump appeared on Fox News opposite Sean Hannity and touched on Hicks’ diagnosis.

He said it was a “terrible thing” in this interview and implied Hicks contracted COVID-19 from a military or law enforcement member.

“It’s very, very hard when you are with people from the military or from law enforcement and they come over to you, they want to hug and they want to kiss you because we really have done a  good job for them, you get close and things happen,” he said.

We’re sorry, but: This guy is just such a moron.

Over 200,000 Americans have died due to COVID-19, while over seven million have been infected.

“If you pray, please pray for their speedy and complete recovery — and for everyone infected, everywhere.

“This virus is horrific and merciless — no one would wish its wrath on anyone. We must get its spread under control. Enough.”

Other celebrities couldn’t help but focus on how often Trump referred to the coronavirus as a “hoax.”

They aren’t wishing harm on the President, exactly, but, well…

… they figure this must be pointed out, as you can see below:

Not all responses were anti-Trump, however.

Consider what actor Corey Feldman Tweeted a few hours ago:

“I DONT WANNA TALK POLITICS, & IM SORRY IF I OFFEND ANY1. I DO CARE ABOUT AMERICA. I DO HAV FREEDOM OF SPEECH. I PRAY WE CAN ALL LEARN FROM THIS!

“WE WILL NEVER WIN APART! WE ONLY WIN 2GETHER! I PRAY 4 R PRESIDENT & HIS WIFE, & I ALSO BELIEVE GODS WILL PREVAILS! #COVID19 #STAYSAFE.”

Trump isn’t the first head of state to test positive.

Brazilian President Jair Bolsonaro and British Prime Minister Boris Johnson both came down with the disease this summer.

No word yet on exactly when Trump might return to the campaign trail or how he’ll try to blame the Democrats for his diagnosis.