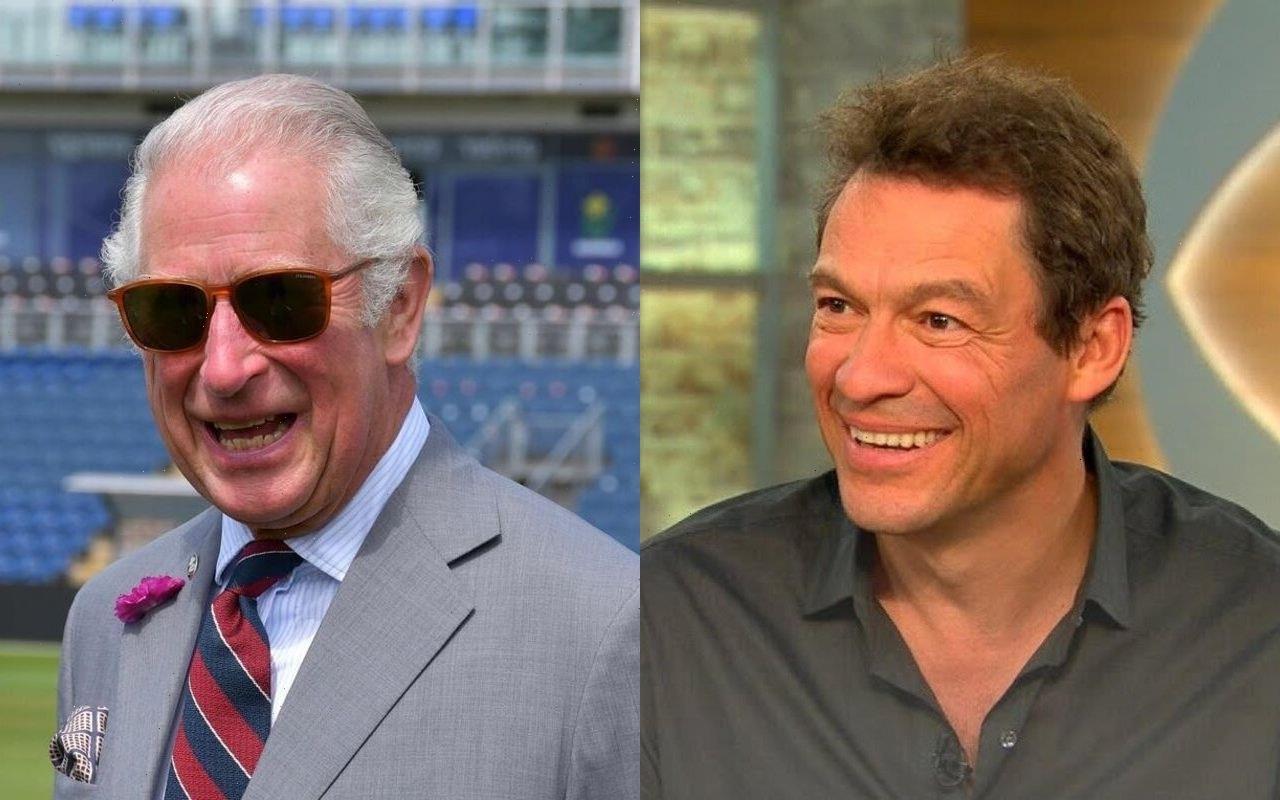 The actor who will play the new monarch in ‘The Crown’ season 5 says his affection for the royal grew ‘even more’ after witnessing his ‘unguarded moments’ following Queen’s death.

AceShowbiz –Dominic West‘s “affection” for King Charles increased after the star witnessed his “unguarded moments” during his accession to the throne while the royal was mourning Queen Elizabeth. Portraying the now-monarch when he was Prince of Wales in the upcoming season of the Netflix series “The Crown“, the 53-year-old actor found moments such as him getting frustrated by a leaky pen during televised proceedings to be most “endearing.”

“I’ve always really liked him, and I think that was enhanced in most people’s eyes by the funeral, his involvement in it, and his accession, particularly the unguarded moments, which were really endearing and so different from the Queen,” Dominic said when speaking to Radio Times magazine. ” ‘That bloody pen.’ My affection for him has grown even more.”

In 1993, an intimate conversation between Charles and his lover had been recorded years before it was made public, and Dominic recently admitted revisiting the call, which included the royal telling Camilla he wanted to “live inside” her trousers but it would be just his luck to be reincarnated as a tampon, has given him a new take on the controversy.

He said, “I remember thinking it was something so sordid and deeply, deeply embarrassing [at the time]. Looking back on it, and having to play it, what you’re conscious of is that the blame was not with these two people, two lovers, who were having a private conversation.”

“What’s really [clear now] is how invasive and disgusting was the press’s attention to it, that they printed it out verbatim and you could call a number and listen to the actual tape. I think it made me extremely sympathetic towards the two of them and what they’d gone through.”

Both Dominic and his co-star, Olivia Williams – who plays Camilla – were keen to show the couple as sympathetically as possible. He said, “[Olivia is] extremely bright, she’s extremely forthright, and she had straightaway a sympathy for Camilla, that I shared actually.”

“We both felt that we wanted to do right by our characters. We felt the odds were slightly stacked against their relationship and we wanted to try and bring it across in as sympathetic a light as we could.”