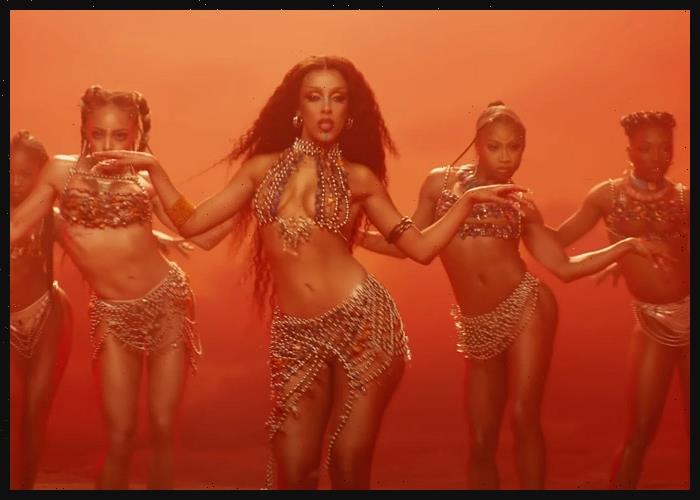 Doja Cat has earned her third No. 1 on Billboard‘s Pop Airplay chart after “Woman,” a track from her most recent album Planet Her, topped the chart dated April 9.

“Woman” is the third single to top the tally after “Kiss Me More,” featuring SZA, and “Need to Know.”

Planet Her, the third studio album by Doja Cat, was released on June 25, 2021, by Kemosabe and RCA Records. The album was nominated for Album of the Year and Best Pop Vocal Album at the 64th Annual Grammy Awards, while “Need to Know” was nominated for Best Melodic Rap Performance.

Meanwhile, Doja Cat recently made headlines by indicating she is quitting the music industry in response to criticism for not interacting with fans outside a hotel in Paraguay