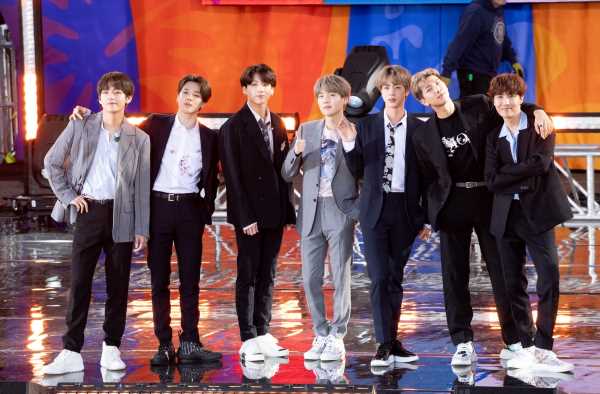 I admittedly haven’t been a part of the ARMY universe for that long, but one thing has been made abundantly clear to me. BTS loves showering their fans with gifts. If you can’t catch them on stage, they’ve made sure you have access to them in virtually every other space. Their new film Bring The Soul is the latest example. Some lucky fans who have seen the film already are sprinkling spoilers on Twitter, prompting one major question: Does BTS’ Bring The Soul have a post-credits scene? Well, it definitely has a post credits something. So sit tight.

Ever since fans first heard about the new BTS movie it was promised to be different. In the past, ARMYs have devoured epic concert films like Burn The Stage and Love Yourself In Seoul. The first followed J-Hope, Jin, Jimin, Jungkook, RM, Suga, and V through their 2017 Live Trilogy Episode III: The Wings tour. It was also teased out from a pre-existing YouTube series by the same name. Mainly, fans were treated to concert footage, voiceover narration, and independent interviews with the boys. Love Yourself In Seoul was more of a straight concert production designed to give movie-goers the chance to feel like they were in the front row at a real life BTS concert.

When Bring The Soul was first announced, Marc Allenby, CEO of Trafalgar Releasing, explained in a press release shared with Elite Daily:

Reading between the lines, it sounds like this film is an even more intimate setting for ARMYs to absorb all things BTS.

The movie was released on Friday, August 7, and the first handful of lucky fans to catch it immediately jumped on Twitter. There, the post-credit scene storm began swirling. ARMYs who have already seen the movie are essentially pleading with those who haven’t to stay in their seats so they can catch something special after the credits roll.

Fortunately, this film came at exactly the right time. BTS is taking a two-month break from "touring, performing, and potentially overworking themselves," according to a report released by Donga that was then translated by Koreaboo. However, this doesn’t mean the gang is going silent. Fans can still interact with them on beloved Weverse, catch Bangtan Bombs (usually released on Wednesdays and Fridays on BANGTANTV), plus keep up with all the boys on Twitter and through their VLIVE videos.

Oh yeah, you can also go check out Bring The Soul.

I personally don’t know what’s waiting for us in the post-credits, but based on the Twitter hysteria that’s building I’m positive it’s worth it.

Thank you for all the goodies, BTS! Love to love you.