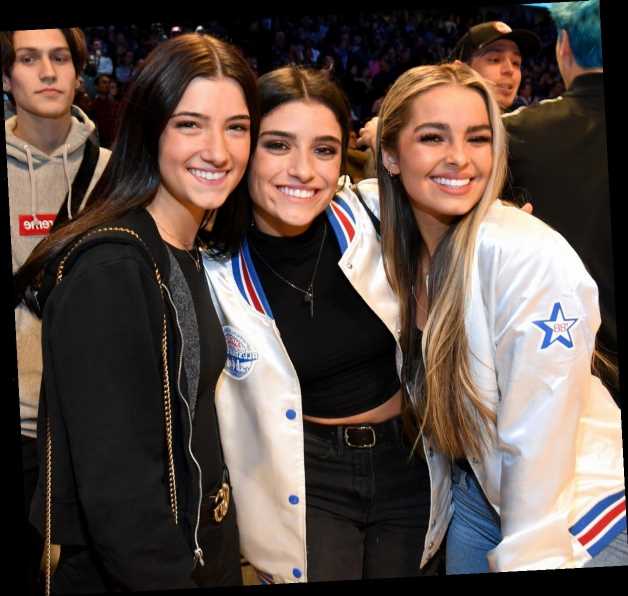 On Friday, March 19, Addison Rae Easterling made her music debut with her single "Obsessed." While her fans were supportive, others on social media weren’t thrilled to see yet another TikToker launching a singing career all of a sudden. Dixie D’Amelio, who is friends with Easterling and has shared a number of songs herself after finding fame on TikTok, quickly defended her. You need to see Dixie D’Amelio’s response to people hating on Addison Rae’s "Obsessed" because it shuts down any negativity.

Easterling and Dixie became friends in November 2019 when they joined The Hype House. It’s a collective that brings together the biggest influencers so they could make content together, so the pair have collaborated on a lot of videos during their time as members. Dixie confirmed she left The Hype House with her sister, Charli D’Amelio, in May 2020. She said she didn’t like how it was turning into more of a "business," however, she reassured everyone her "friendships with the members continue."

Dixie has been true to her word because when Easterling dropped "Obsessed," she was one of the first TikTokers to share her support. "I’m obsessed with obsessed," Easterling wrote on Sunday, March 21. "Me too," Dixie replied.

"Queen ily," Dixie told Easterling after she addressed her haters by tweeting, "If you hate obsessed… stream it again and let me know what you hate about it."

Most of the criticism came from people feeling like way too many TikTokers are making music these days. "honestly always liked addison rae but why u gotta go and make music now???? can not every tik toker try to become a musical artist??? stick to ur dancey dances in ur bathroom," one person tweeted in response to "Obsessed."

Dixie had this to say about people hating Easterling’s debut single: "Just be happy for people or ignore it… no need to be negative."

At the end of the day, Easterling’s "Obsessed," which is about being your own biggest fan, is the best clapback against haters. "I’m obsessed with me as much as you," the star sings on the track.

It seems haters won’t stop Easterling from making music, because according to Rolling Stone, she’s got more songs coming!