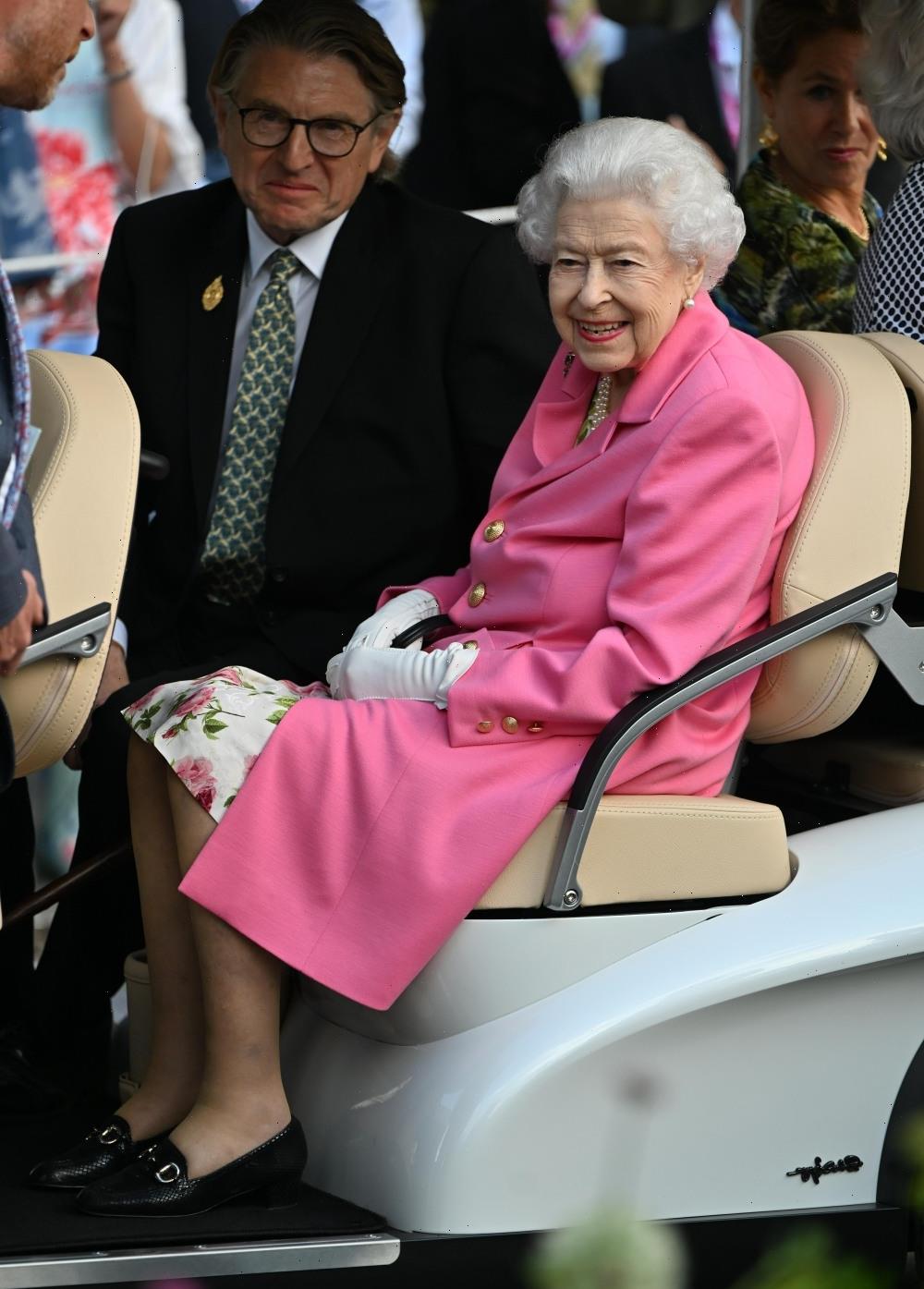 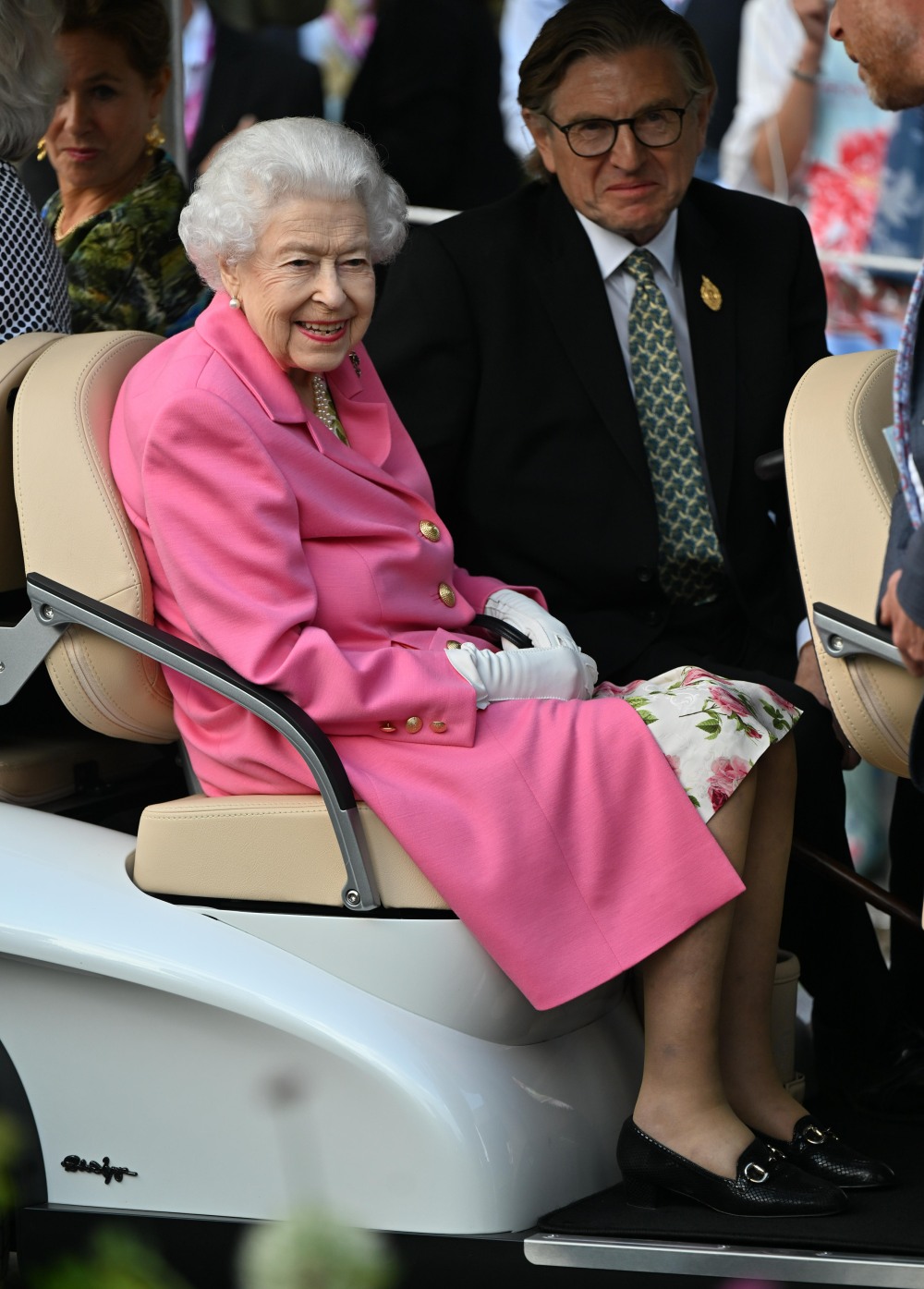 In recent weeks, we’ve seen Queen Elizabeth out and about several times, at Paddington Station, at the Royal Windsor Horse Show, and riding her fancy golf cart around the Chelsea Flower Show. It’s all a far cry from the gloom and doom we were hearing from “royal sources” and “the Queen’s aides” just one month ago. Those unnamed senior aides absolutely left the impression that the Queen’s health was failing to the point where no one should expect to see her in public ever again, and certainly not during the Platinum Jubbly. But the Queen’s public appearances have changed the narrative to “okay, she might actually show up to some stuff.” The Daily Beast’s sources are now talking about what was really going on behind-the-scenes.

Cautious optimism: Now, The Daily Beast can exclusively reveal that senior aides are “cautiously optimistic” that the queen will attend at least two of the four key events that will mark each of the four days of the Jubilee celebrations next weekend. It’s a remarkable turnaround, and likely to banish talk of the queen abdicating after the Jubilee. There is a hopeful mood at Buckingham Palace that the queen will pull off a spectacular comeback for her Platinum Jubilee, making a number of in-person appearances at key events. Her key targets for attendance are the Trooping of the Color on Thursday, June 2, and the Service of Thanksgiving for her reign at St Paul’s on Friday, June 3.

One month ago: As recently as a month ago the mood at the palace was one of gloom and despond, and the queen’s core team, led by her private secretary Sir Edward Young, were quietly managing expectations by suggesting that the queen might not make any events in-person at all. There were very real, if largely unspoken, fears among some insiders that the queen could actually die, and it was widely known that the queen continued to suffer severe ill-effects weeks after her bout with COVID, which she contracted in February this year.

Her Covid infection was a lot worse than we knew: [The Queen’s own admissions were] a big shift from the previous palace line, which was that she only had a very mild case of the disease and had continued “light duties” throughout. Further evidence that her experience of COVID was worse than originally was let on came, however, when, afterwards, the queen completely absented herself from any in-person public appearances, including Easter church services, and the State Opening of Parliament.

The Queen desperately wants to be on the balcony: A trusted aide told The Daily Beast that the most important event for the queen, and the one she is putting her maximum energy into trying to attend, is the Trooping of the Color, on Thursday, June 2.

Conserving her strength? Duncan Larcombe, former royal editor at the Sun, told The Daily Beast: “It increasingly appears that the reason queen pulled out of so many events earlier this year was because she was trying to conserve her strength. She seems to be determined to try and be present for as many of the key moments of the Jubilee as possible.” Asked what exactly the queen would be attending next week, a spokesperson for Her Majesty said: “Attendance at events will be confirmed nearer the time.”

[From The Daily Beast]

I absolutely think it’s possible that the Queen had a very bad case of Covid and her aides were flat-out lying to the public for several months about just how bad it was. But even that is an incomplete story, because the Queen didn’t catch Covid until February, when she likely got it from Prince Charles and/or her own staff, none of whom believe in masking. The Queen’s health had already significantly declined last October, though, remember? That was when she canceled her trip to Northern Ireland at the last minute, that was when her aides concealed her overnight hospitalization, that was the kick off of the Queen canceling appearances right and left. Again, the Queen is the head of state. The fact that the palace has actively lied and concealed the truth about her medical issues is a bureaucratic nightmare. 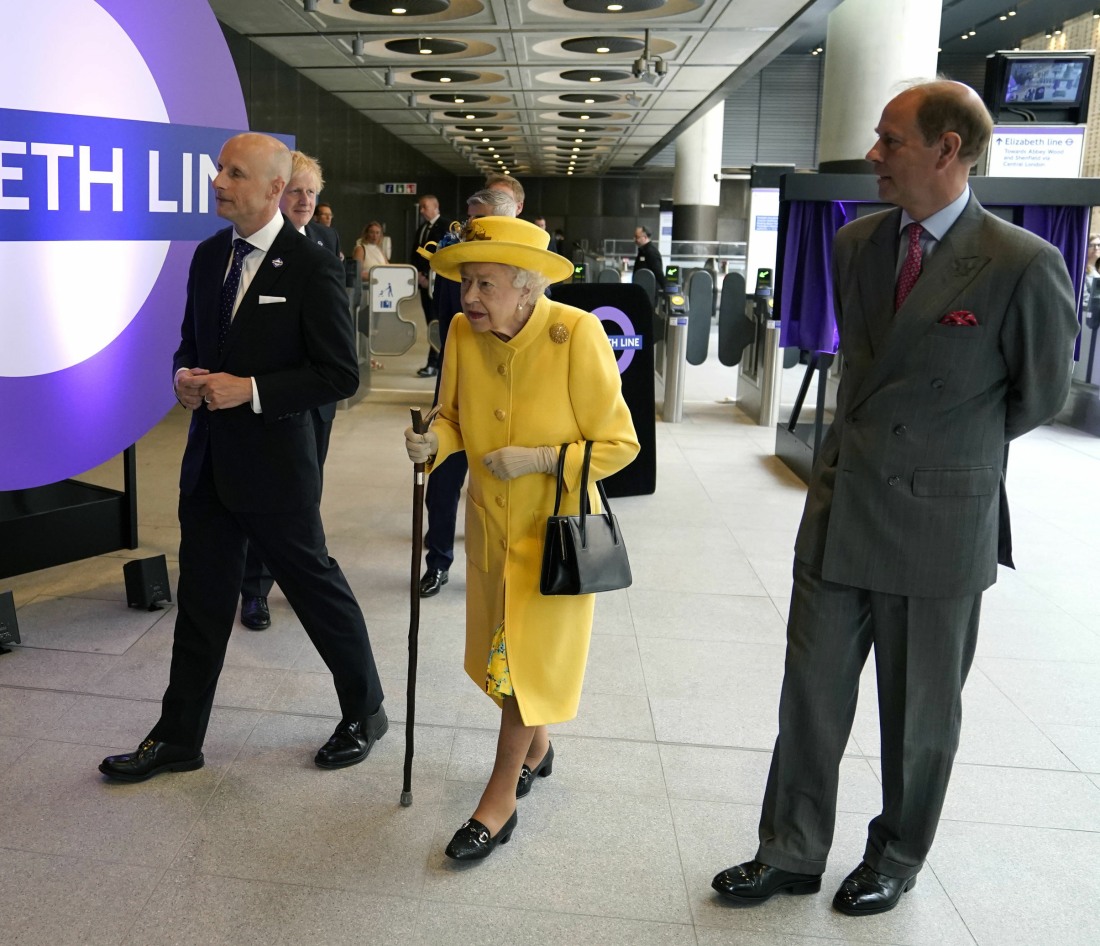