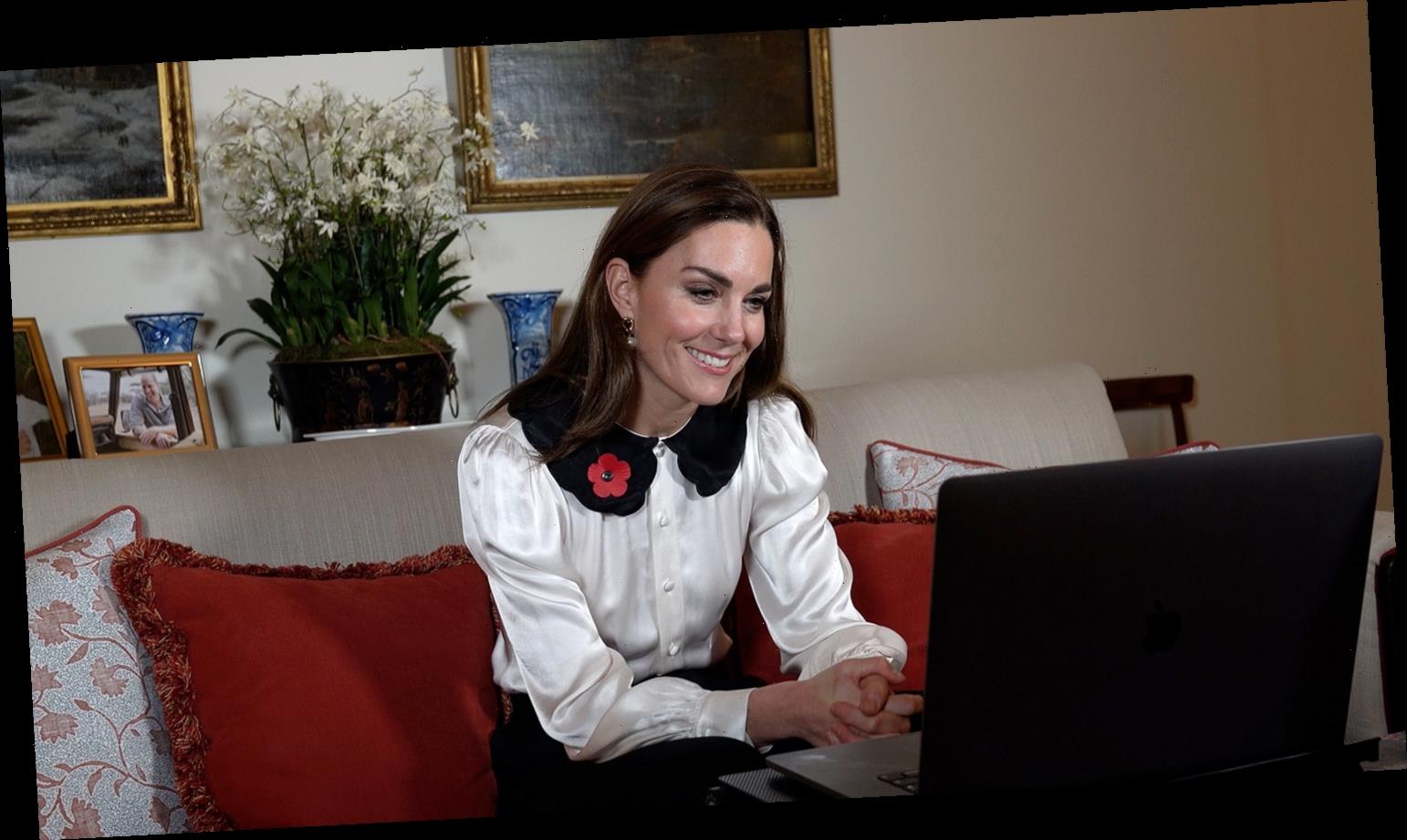 When Kate Middleton debuted a statement collar this week, it instantly brought back memories of the late Princess Diana.

Chatting with Armed Forces families on Monday via video call to mark Remembrance Day, Kate wore a vintage-inspired cream blouse with an oversized scalloped black collar from the label Ghost, which has, of course, sold out.

It’s a look that was often favored by Prince William’s late mother during the 1980s and one that Kate has experimented with before. Diana famously loved an elaborate collar, whether it be neat pie crust ruffles, preppy Peter Pan styles or bold zig-zag prairie looks, her collar was often a statement piece of its own.

RELATED: See the Photos of George, Charlotte and Louis That Kate Middleton Has Displayed in Her Living Room It’s not the first time Kate has seemed to be inspired by outfits worn by her late mother-in-law, although this one is certainly the most Zoom-friendly. Back in 2013 after the birth of Prince George, Kate’s hospital polka dot departure dress was compared to one worn by Diana when she made her first appearance on the hospital steps after William was born in 1982. Kate also wore a red dress with an oversized white lace collar by Jenny Packham to introduce Prince Louis to the waiting crowds after his arrival in 2018, the same color Diana wore after the birth of Prince Harry in 1984. Kate’s latest look is also very on-trend for this season with labels such as Miu Miu, Ganni and Prada having all embraced the oversized collar look. While Kate has been a fan of the smaller Peter Pan collar for years, this is her boldest collar look to date. Rewind 30 years ago, virtually every outfit Diana wore featured a bold collar — the bigger, the better! Teamed with slim black trousers and classic pearl earrings, Kate spoke to several families who had lost loved ones serving in the military. From her home at Kensington Palace, she spoke to the families about how they individually remembered their family members and the support they had received from the Armed Forces community. As per tradition for Remembrance Day, she accessorized with a red poppy pin.