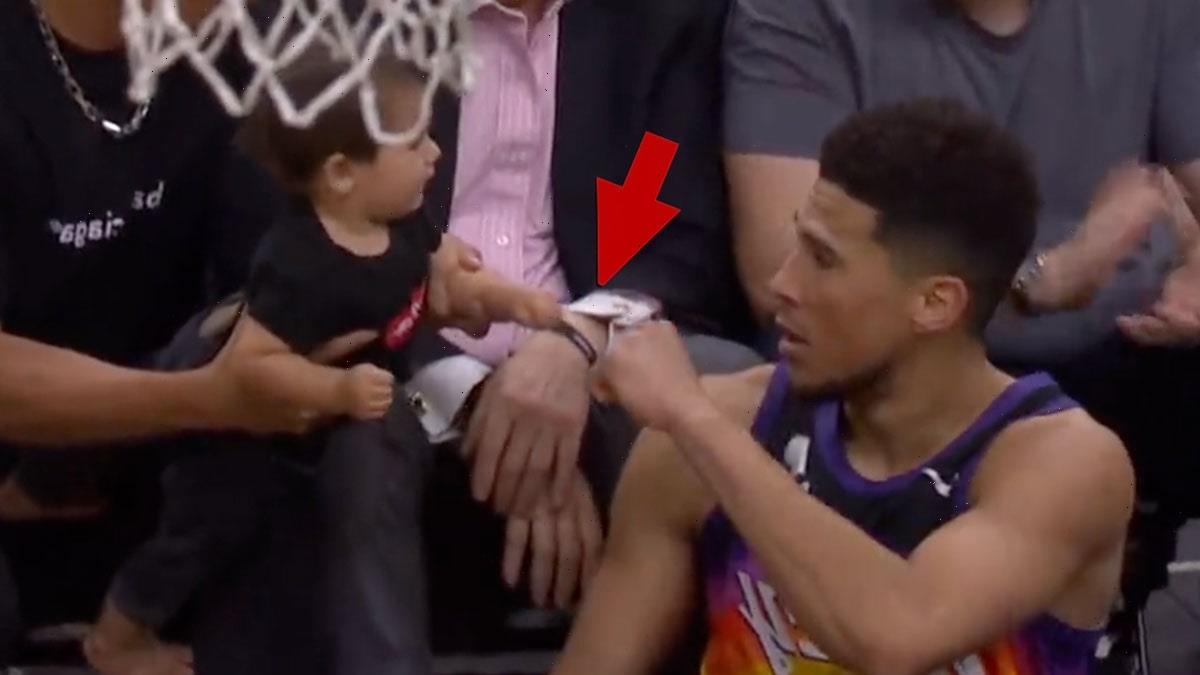 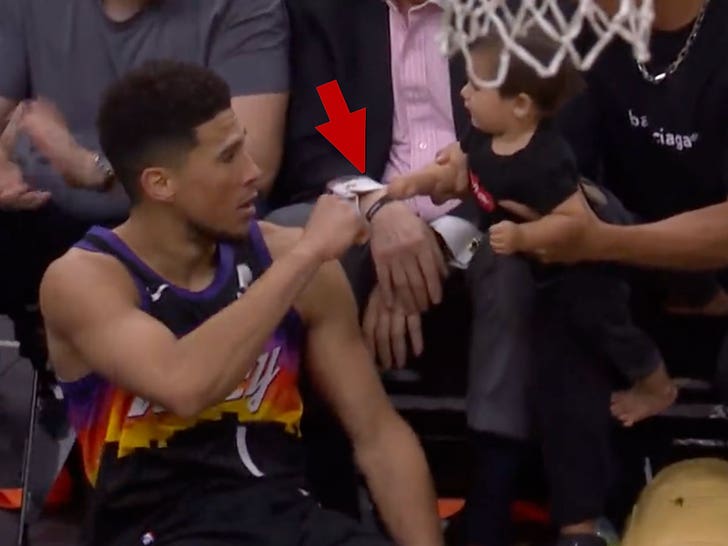 Devin Booker turned the toughest shot in the Suns’ playoff game Tuesday night into the cutest … dapping up a baby to celebrate a wild make!!!

The Phoenix star’s adorable interaction with the courtside toddler happened after he drilled a stepback jumper to end the first quarter of the Suns vs. Pelicans game.

Booker dribbled to get some space and knocked down a 2-pointer before the buzzer sounded … and then he fist bumped a toddler!

The scene was super sweet, Booker was gentle with the baby’s little knuckles — and, his own girlfriend, Kendall Jenner, appeared to love it all too!! 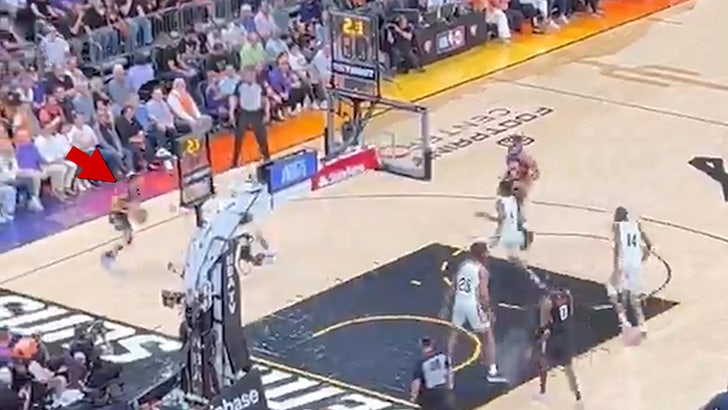 KJ posted video of her view of the play on IG — seemingly enjoying every second of it.

Unfortunately for Booker … his night took a turn for the worse about two quarters later — because in the third, he injured his hamstring and couldn’t return to action.

The Suns went on to lose without the star, 125-114 … and there’s now big concern in Phoenix about his availability for the rest of the playoffs.