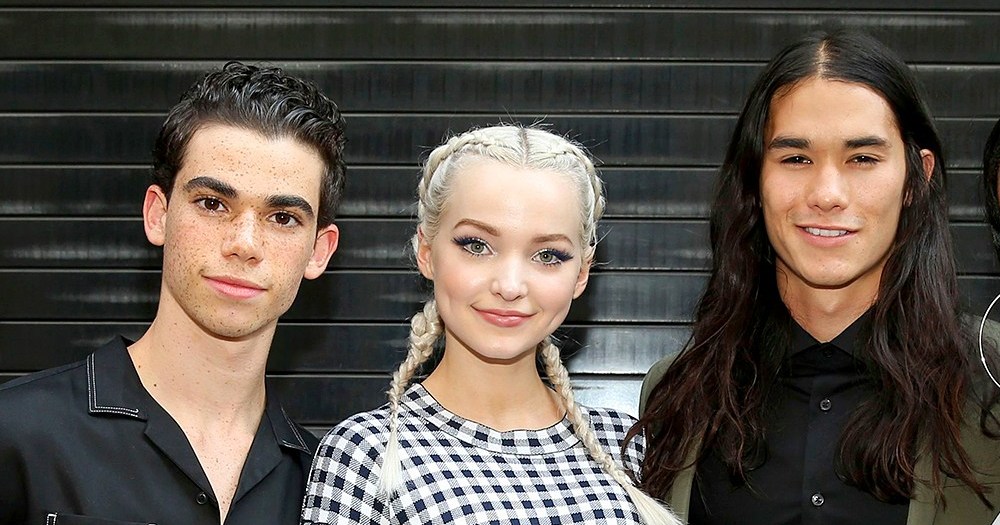 Gone but not forgotten. Cameron Boyce’s Descendants costars Dove Cameron and Booboo Stewart and director Kenny Ortega sat down for a candid interview on Thursday, August 1, and opened up about the unique person the late actor was and how they are dealing with his death.

“Even when he was around, [Boyce] is the hardest person to put into words. You know?” Cameron, 23, who starred in the Disney Channel movie franchise alongside Boyce, told Good Morning America.

Ortega, 69, explained that he’s “been alive long enough to have witnessed some pretty tough stuff,” but this “was as tough as it gets.” 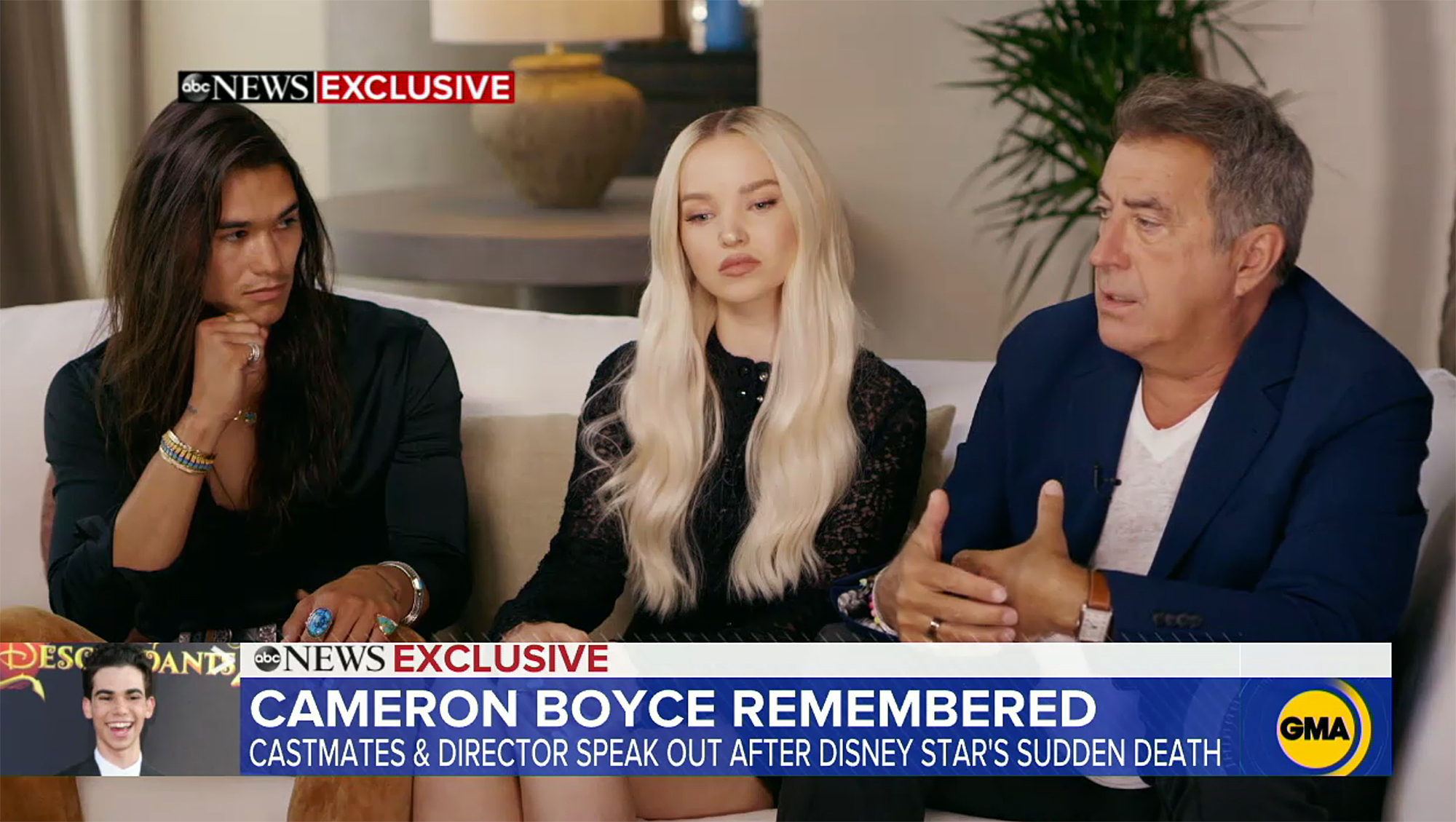 The High School Musical director added, “I didn’t realize that I had as deep a place for pain to come from, that the shock and awe of this unfathomable idea of losing this beautiful soul, with such promise to this world, could possibly be real.”

As for Stewart, 25, who had plans to “make videos” with Boyce at the time of his death, the Twilight actor described his late costar as the person who was always there “if you needed to talk to somebody.”

Using the word “bioluminescent,” Ortega said Boyce was “lit from the inside out.” 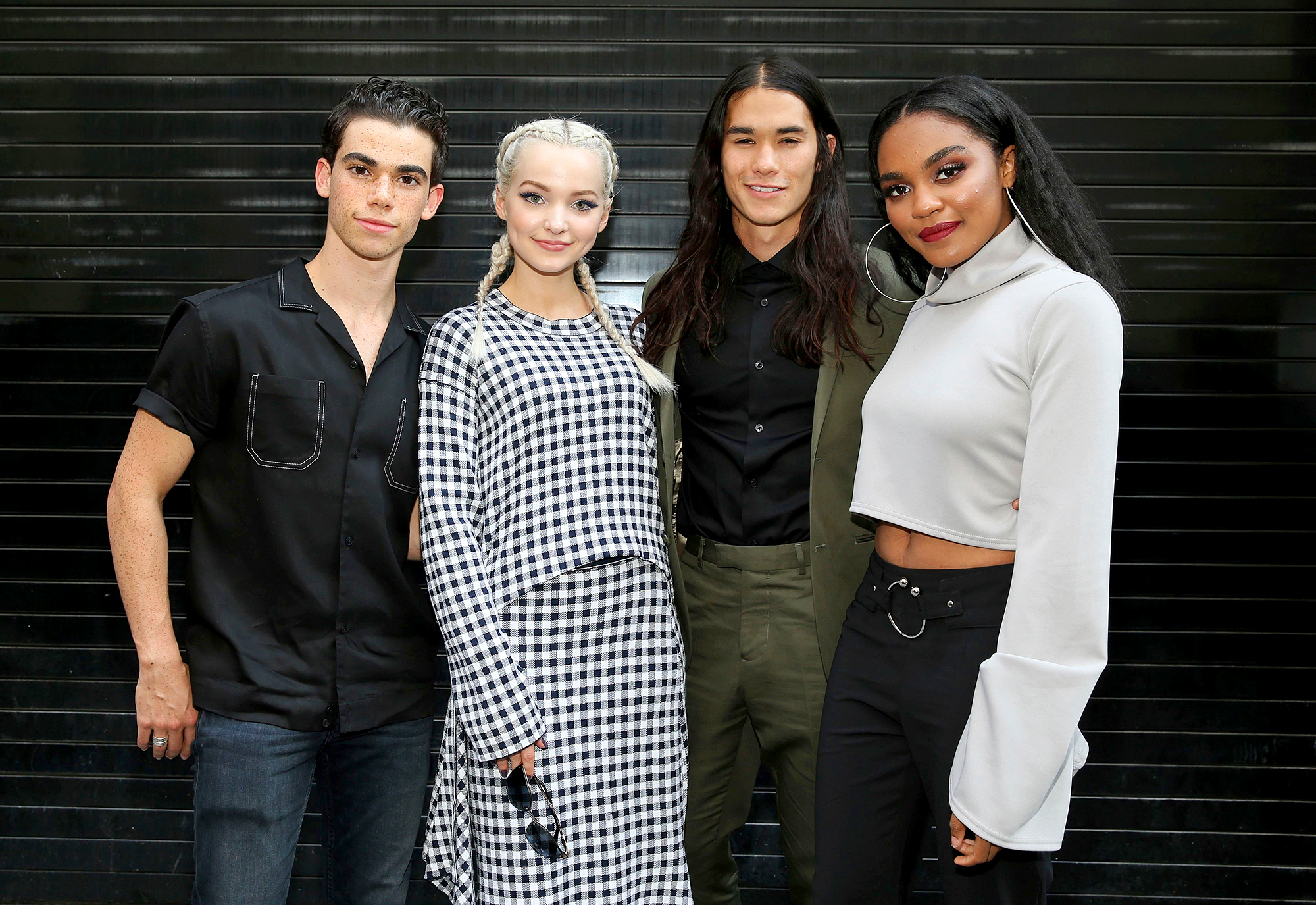 “If you could bottle up happiness, that was Cam. He was pure happiness and pure joy,” Cameron chimed in. “And I feel like none of us will ever be able to express exactly the kind of heart that Cameron was.”

Boyce, who died on July 6 at age 20 after suffering a seizure in his sleep due to epilepsy, will be remembered “in the most positive light,” Cameron shared.

The third and last installment of the Descendants films is set to be released on Friday, August 2, and will contain a tribute video in honor of the late Grown Ups actor.

Days after his death, Boyce’s father, Victor Boyce, and sister, Maya Boyce, joined Ortega as he received his Hollywood Walk of Fame star.

“Cameron Boyce was so excited for me and wanted to be here,” Ortega said as his voice cracked while giving a speech at the time. “His all-too-brief appearance in this life inspired me beyond words. And many of us here, and generations of kids and families all over this world. His extraordinary talent and loving heart will be remembered through his foundation — the Cameron Boyce Foundation — it’s been set up by his family to remember Cameron by continuing his pursuit to make positive change in the world.”