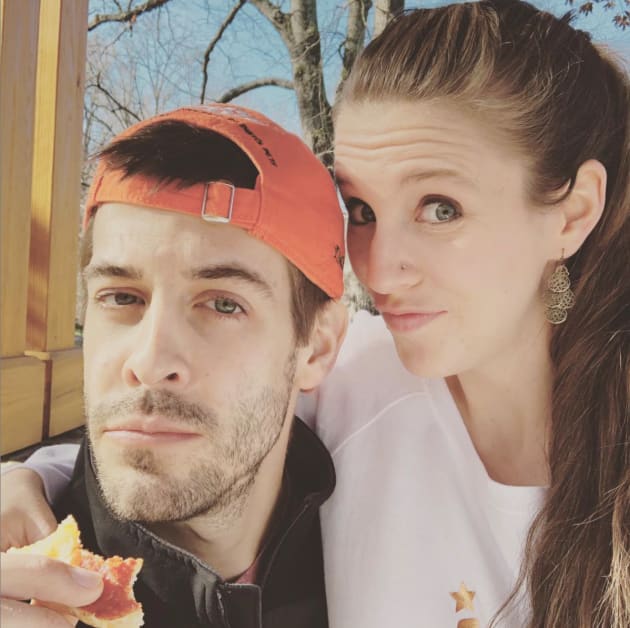 Quick — what does Derick Dillard have in common with Mike Pence?

If you answered “pretty much everything, but only one of them is employed,” you were right!

But more specifically, both weirdos avoid being alone with members of the opposite sex, and they encourage their spouses to do the same.

We learned this through Derick’s nauseatingly-titled blog post, “Hot Love: How to Love Your Wife Like You Mean It.”

This lengthy marital manifesto has already brought us a number of unwanted revelations about Jill and Derick’s love life, such as the dubious claim that the Dillards have sex 5-6 times a week.

We learned that in some ways, Jill and Der are much more progressive than her parents.

For example, the Dillards use birth control, which is how they’ve managed to bone every day for five years without welcoming a small army of children into the world.

But in other ways, Jill and Derick are living that evangelical life to the fullest.

Case in point, they make a conscious effort to never be unsupervised in the presence of a set of genitals that could potentially interlock with their own.

In his preachy post, Deri advised married couples to “never be alone in the same room with someone of the opposite gender.”

“Sometimes this is hard and requires more intentionality,” he wrote.

“For example, if I have a private meeting with a female, I may choose to leave the door open, or if Jill needs a repairman to come work on something at the house when I’m gone then she might invite a friend over while he’s there.”

So he’s really worried about Jill being alone with a plumber?

Der goes on to say that never trusting yourself in the presence of the opposite sex is just the beginning:

“We realize though that safeguards alone aren’t enough … it is more about the heart and commitment to purity, but they may be helpful in reducing the prevalence of some situations, or even just the appearance of evil,” he writes.

Yes, even after the vows have been exchanged and the ridiculous Duggar courtship rules cast aside, the asinine obsession with sexual purity remains.

We’re pretty sure dude lured sane people into this post with the birth control revelation, just so he could hit them with some mumbo-jumbo about “reducing the appearance of evil.”

And what’s the best way to make sure that no one thinks you’re getting into some sort of sinful business behind your wife’s back?

Well, for starters, you can forget about ever traveling alone.

“It may not always be this way, but so far, Jill and I have managed to spend every single night together since we’ve been married,” Dillard writes.

“Again, we’ve only been married a little over 5 years, but so far as it’s possible, we hope to continue the trend.”

So Jill has to deal with Derick every single night, and he has a whole bunch of rules about who she’s allowed to hang out with?

They’ve built religions around people who suffered less than that.