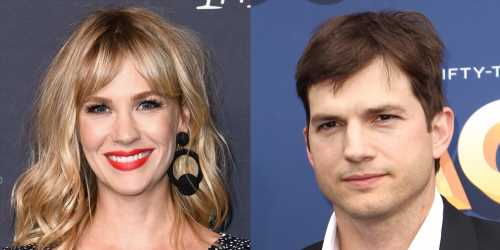 Demi Moore keeps revealing a ton of information as snippets of her book “Inside Out” are released, and this time, we’re learning a bit about Ashton Kutcher and his ex, January Jones.

Apparently, when Ashton and January were together, he was convinced January was cheating with her then co-star, Bruce Willis, who happens to be Demi‘s ex husband.

“Ashton was convinced they’d had a fling on set,” Demi wrote (via Radar) about January and Bruce, who co-starred in the film Bandits.

Years after, Demi and January sat next to each other at an event, and Demi brought it up.

“Are you serious?” Demi said of January‘s reaction. “I told him a hundred times, I didn’t want to f**k that old man!”

Demi Moore previously spoke about Ashton Kutcher‘s alleged cheating, and the tragic thing that happened to them at the start of their romance.