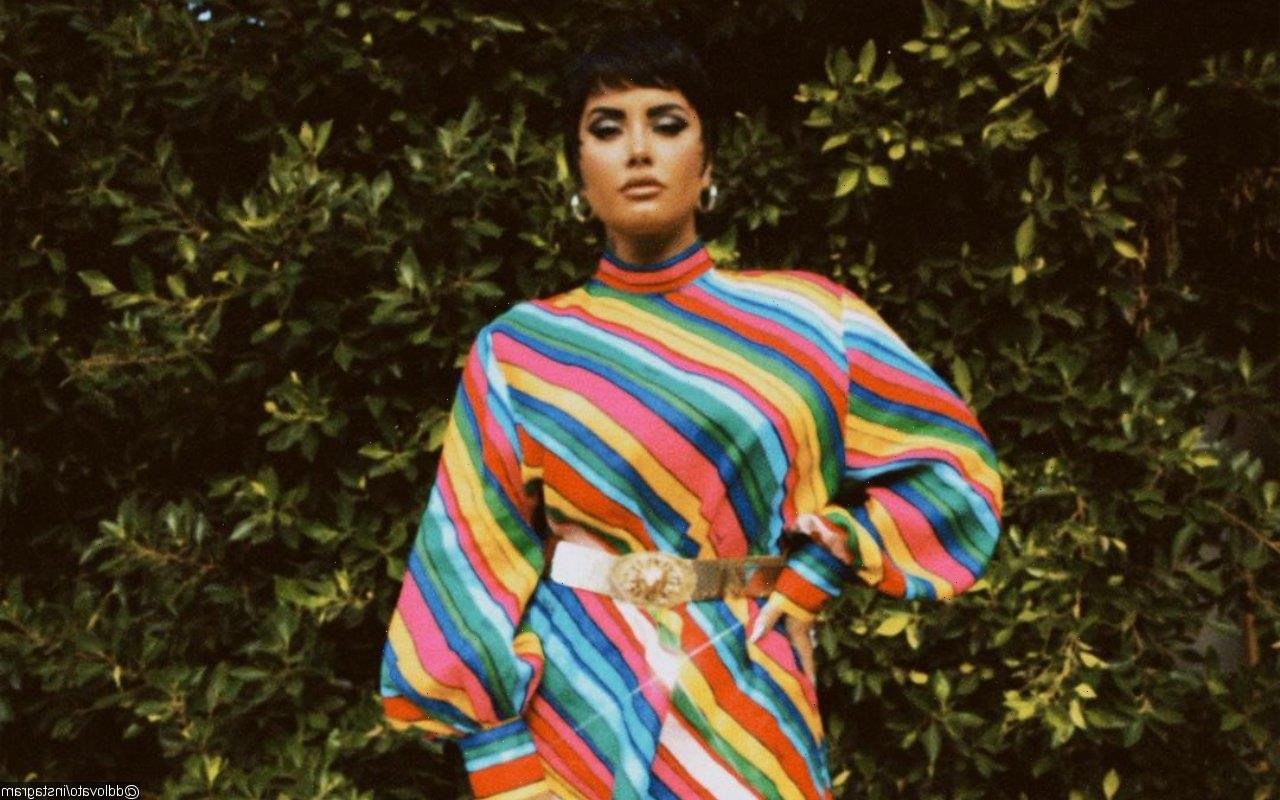 A few months after announcing that they abstain from all drugs except for marijuana and alcohol, the ‘Dancing with the Devil’ singer openly smokes marijuana following their visit to a cannabis company, Ball Family Farms.

AceShowbiz –Demi Lovato isn’t shy to show their love for marijuana online. A few months after opening up to the public that they are “California sober”, the “Dancing with the Devil” singer shared a video of them smoking weed on their Instagram account.

In a clip they shared on their Story on Wednesday, August 25, the 29-year-old singer could be seen smoking marijuana from their car after visiting a cannabis company, Ball Family Farms. “@ballfamilyfarms Left w some goodies aka MIYAGI DO,” they wrote over the footage. They also posted a room filled with budding plants, calling it “heaven.”

Demi previously revealed in the March cover story for Glamour that they don’t restrict themself from marijuana or alcohol after their near-fatal overdose in July 2018. Of the reason why, they believe that doing so would set them up for failure. “I called my recovery case manager and was like, ‘Something’s not right. I’m living one side of my life completely legalizing and this other side following a program that’s telling me if I slip up, I’m going to die,’ ” they said.

Demi, who came out as non-binary in May, elaborated on their decision to abstain from all drugs except for marijuana and alcohol in an episode of their YouTube docuseries, “Demi Lovato: Dancing with the Devil”. In it, they admitted that they have “been smoking weed and drinking in moderation” which they referred to as being “California sober.”

“It isn’t for everyone,” Demi explained. The “High School Musical” star elaborated, “I’ve learned that it doesn’t work for me to say that I’m never going to do this again. I know I’m done with the stuff that’s going to kill me, right?”

Demi added, “Telling myself that I can never have a drink or smoke marijuana, I feel like that’s setting myself up for failure because I am such a black-and-white thinker.” The “Sorry Not Sorry” singer then said that they “had it drilled into [their] head for so many years that one drink was equivalent to a crack pipe.”

The episode also featured commentaries from their friends and mentors, who weighed in on their decision. Among those who showed disagreement was Elton John. “Moderation doesn’t work. Sorry. If you drink you’re going to drink more. If you take a pill, you’re going to take another one,” the 74-year-old British rocker said. “You either do it or you don’t.”

Their manager Scooter Braun similarly added, “Demi knows the whole moderation thing isn’t something I totally agree with. What I’ve learned with the whole addiction thing is if I push her to do what I want, I push her away. I can’t control her.” He went on saying, “What I can do is be a friend and hope that she’s right.”