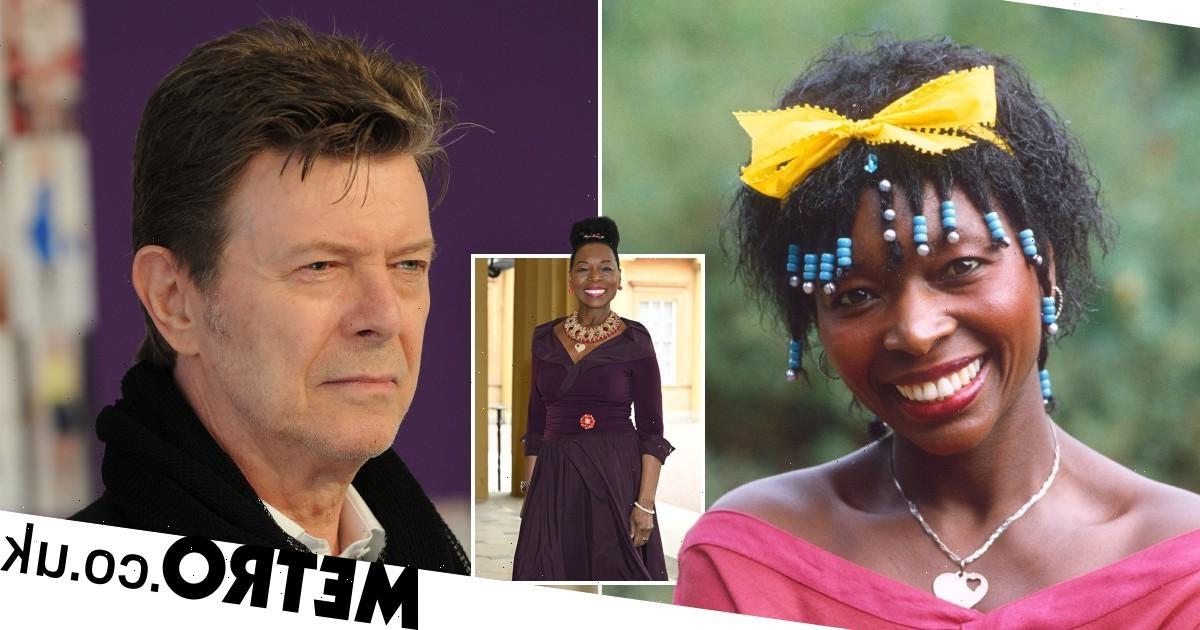 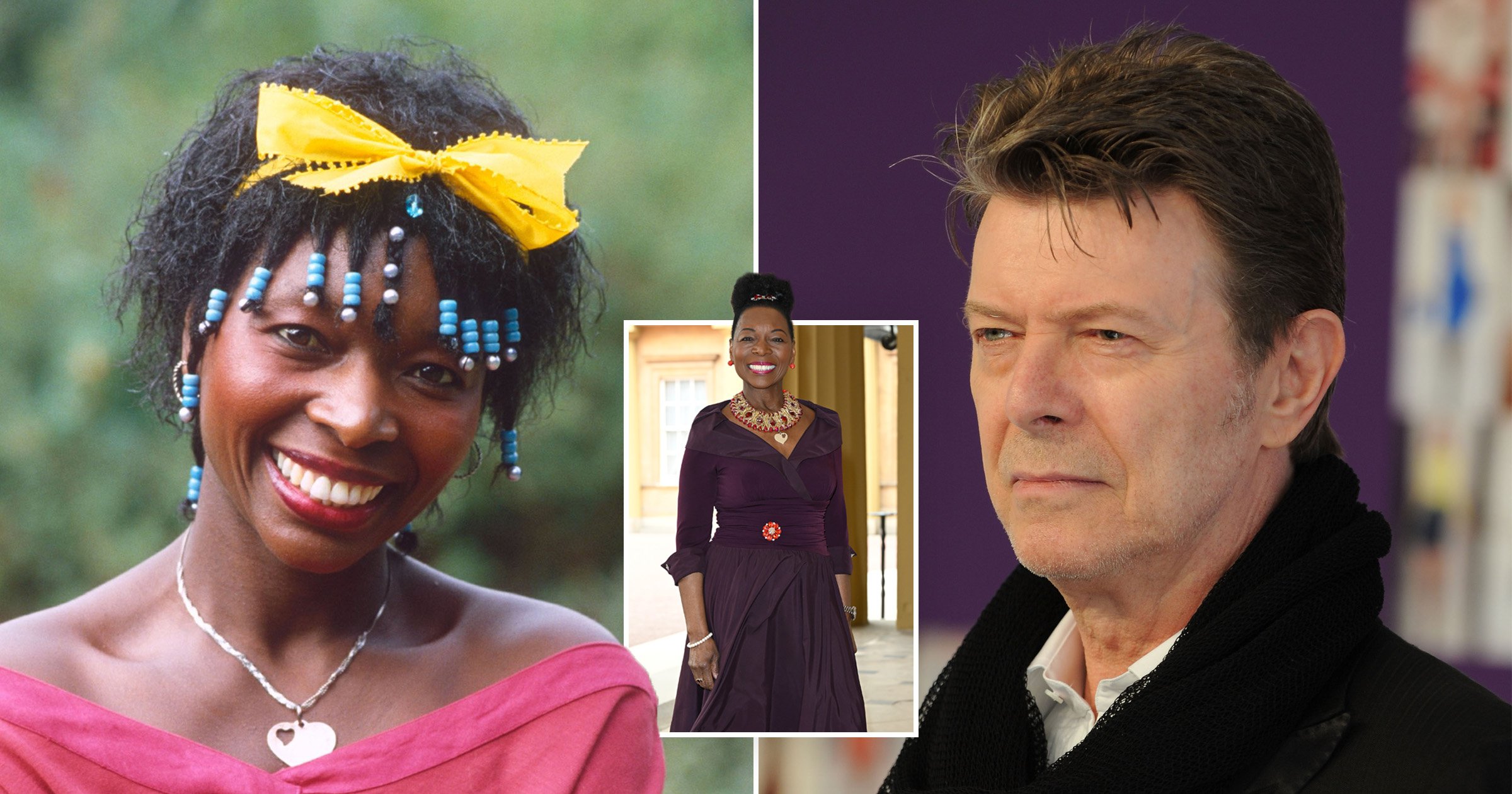 Baroness Floella Benjamin has revealed that  David Bowie tried seducing her before she caught the admiring eye of his wife Angie.

The former Play School presenter, 72, calimed she turned down a night of passion with the couple after they set their sights on her at their star-studded Christmas party in 1973.

Baroness Floella claimed the Under Pressure singer, who was ‘at the height of his fame’ at the time, asked her: ‘Would you like to come upstairs with me? I want to offer you the world.

‘You can have anything you desire.’

She adds that following the exchange, American actress, Angie, who had an open marriage with Bowie, propositioned her.

Baroness Floella made the saucy revelations in her new book, What Are You Doing Here? My Autobiography, published earlier this month.

She also reveals in the memoir that she has ‘joked ever since about the night I turned down David Bowie’.

Floella was starring in Jesus Christ Superstar when a cast member who had worked as a backing singer of Bowie invited her to the party, which was held in Bowie and Angie’s Chelsea home that they shared with their son Duncan, now 51.

She added in her book: ‘When David Bowie walked into the room, slim and charismatic, all eyes were drawn to him. He came straight over to me and bowed. “May I have this dance?” he said.’

She admitted that she was stunned that he made a beeline for her and that while she does not remember the slow song they danced to, she has ‘never forgotten the way he moved.’

She then explained that she then saw Bowie’s wife Angie, now 72, ‘float into the room’ before looking at her and announcing: ‘Well now I’ve seen my New Year’s present!’

Floella added that she felt ‘vulnerable’ as the situation ‘wasn’t her scene’.

Bowie and Angie, who divorced in 1980, were said to have had an open marriage.

Floella, who was single at the time, married current husband Keith Taylor in 1980.

Bowie, who died on January 10, 2016 at his home in New York City from liver cancer, married supermodel Iman in 1992. The pair were married until his death and had daughter Alexandria Zahra Jones, now 21.

Floella was one of the UK’s first Black children’s TV presenters and is now a serving member of the House of Lords.

A feature-length documentary about the life and career of iconic Bowie is set to be released next year.