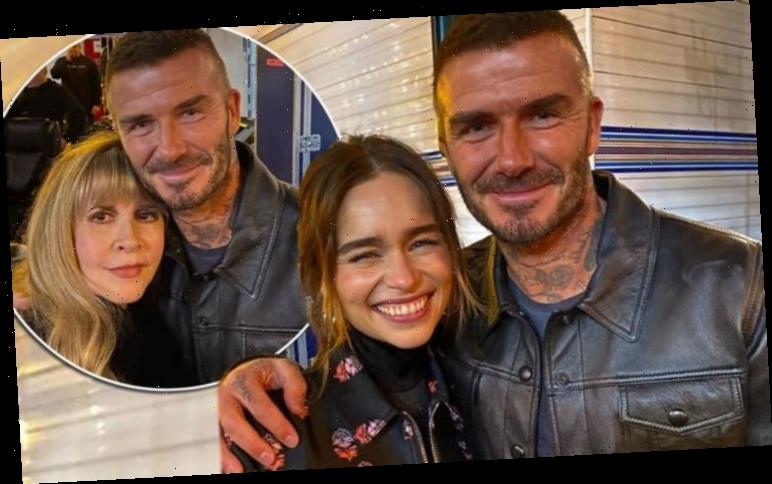 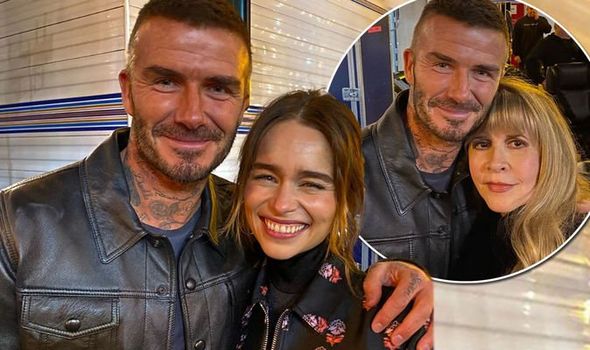 Game of Thrones fan David Beckham, 44, was a little ‘star struck’ when he met star of the show Emilia Clarke last night.

The former footballer was in San Francisco to watch Fleetwood Mac perform a concert at Oracle Park when the meeting took place.

After the show, the international star took to social media to share a picture with the actress on his Instagram account, in view of his 59.2 million followers.

In the snap, David could be seen in a black leather jacket with his arm around Emilia.

The 33-year-old actress, who played Mother of Dragons Daenerys Targaryen in the hit HBO show, smiled for the camera in a zip-up jacket with a floral motif.

The sportsman-turned-actor captioned the snap: “Again I was a little star struck whilst being in the same vicinity of the Mother Of Dragons … So nice to see @emilia_clarke in San Fran whilst being wowed by Fleetwood Mac #dreamforce2019.” 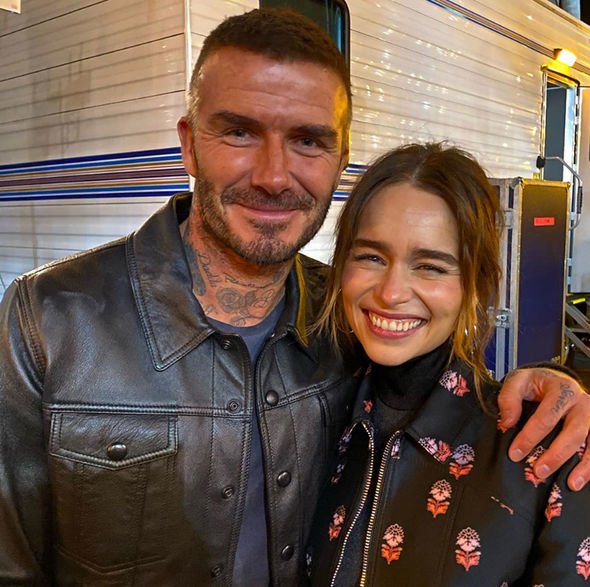 Emilia, who is currently starring in festive film Last Christmas, also shared pictures and video footage from the concert on her own Instagram account.

She excitedly revealed American singer Stevie hugged her while on stage.

Sharing a clip which was shot by David, she told her 26.1 million followers: “NO BIG DEAL…. Stevie just wanted to say hi… ON STAGE @stevienicks I LOVE YOU.”

She continued: “Thank you @davidbeckham for capturing the greatest moment of my life thus far..”

In the video, the singer can be seen walking over to the actress with a tambourine in hand and bowing before her, then embracing her in a warm hug. 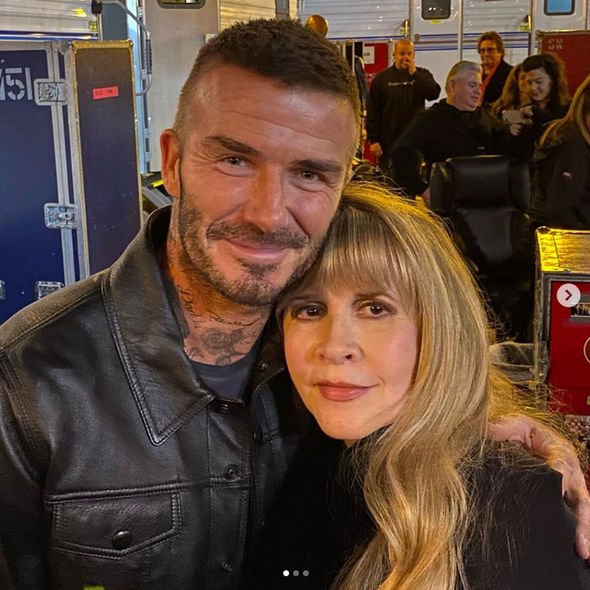 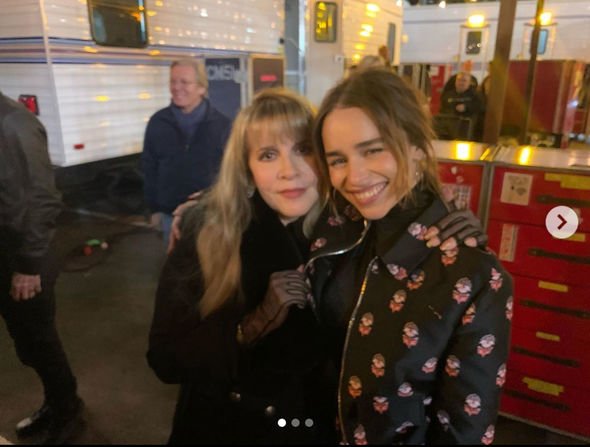 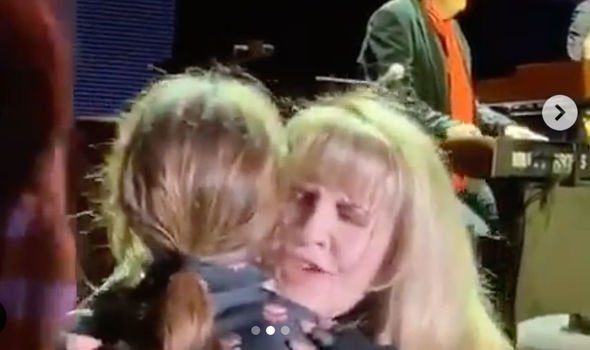 Earlier in the week, father-of-four David, who is married to fashion designer Victoria Beckham, 45, headed to the United Nations headquarters in New York to give a speech on World Children’s Day.

The UNICEF Goodwill Ambassadors spoke during the 30th anniversary of the Convention on the Rights of the Child.

Alongside a picture from the event which showed him at the podium, he wrote on Instagram: “Girls and boys are speaking up, demanding their rights and leading the way.”

“I am so proud to have been able to stand with them today at the @unitednations and I hope you’ll join me. #WorldChildrensDay @unicef.”

His wife Victoria told her followers she was “so proud” of her husband.