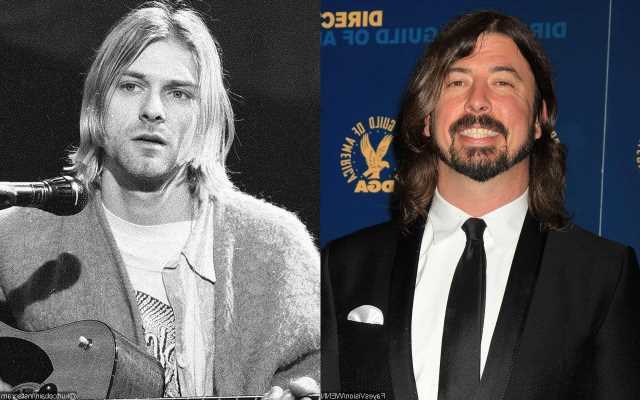 Claiming that the tragic frontman was never too far from his thoughts, the Foo Fighters founder admits he often talks about the memories he had with his kids and friends.

AceShowbiz –Dave Grohl still dreams about his late Nirvana bandmate Kurt Cobain. The “All Apologies” singer took his own life in 1994, aged 27, but he’s never too far from his former drummer’s thoughts.

“I think about him all the time,” the Foo Fighters leader tells People. “I just had a dream about him two nights ago. I only knew Kurt for about three and a half years, but in that time we went through multiple lifetimes. Kurt’s songs touched the world.”

And Dave is happy to talk about his Nirvana memories with his kids and friends, who often ask what Kurt was like.

“It used to be that years ago that I would hear a Nirvana song on the radio and turn the channel,” he adds. “I don’t do that anymore. We don’t really sit around the house, talking about Nirvana all day long, but every once in a while, they’ll [kids] ask me questions and I’ll explain that life to them.”

Previously, in an interview with Absolute Radio’s Dave Berry, the 52-year-old spilled on “a really beautiful moment” he shared with his 12-year-old daughter Harper when Nirvana’s “Come As You Are” came on the radio.

Dave recalled Harper asking him what Kurt was like in real life, prompting him to describe his late bandmate as “really sweet” and “was kind of shy, a little reserved and could be sort of quiet.” In return, his daughter said, “Wow that’s really interesting that someone that could be so shy could write these songs and stand in front of hundreds of thousands of people and sing them.”

“I thought what a beautiful insight for a 12-year-old…,” Dave went on sharing his thought over her response, “she was asking me about my life then because she wanted to understand it through the music.”

Meanwhile, Dave will join the elite group of musicians who have been inducted into the Rock & Roll Hall of Fame twice later this month (October 2021), when Foo Fighters are honored.