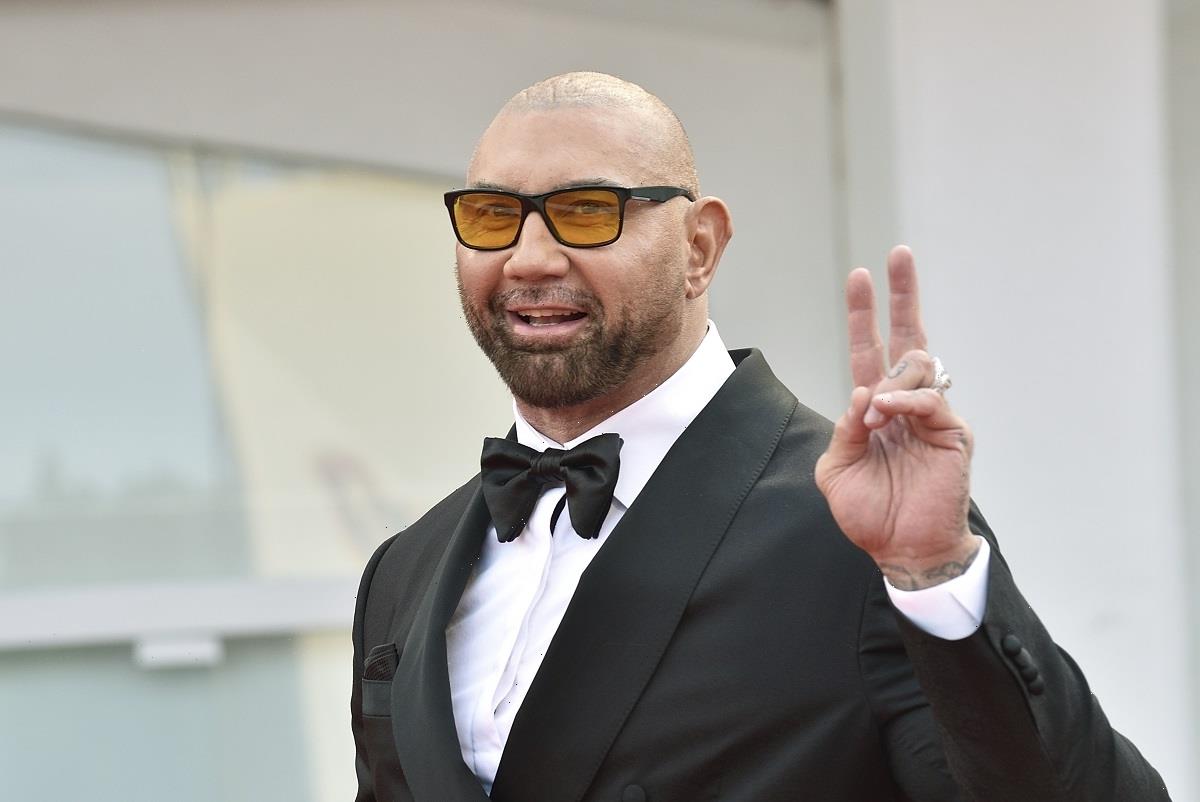 Marvel’s Drax the Destroyer was an important role for actor Dave Bautista. After years of trying to make it in the film industry, Guardians of the Galaxy gave Bautista a chance to showcase his talent.

With Bautista holding Drax and the Guardians in such high regard, he was concerned about turning over the character to the Russos. This was because Bautista and his co-stars had a way of filming he wasn’t sure other directors would accept. 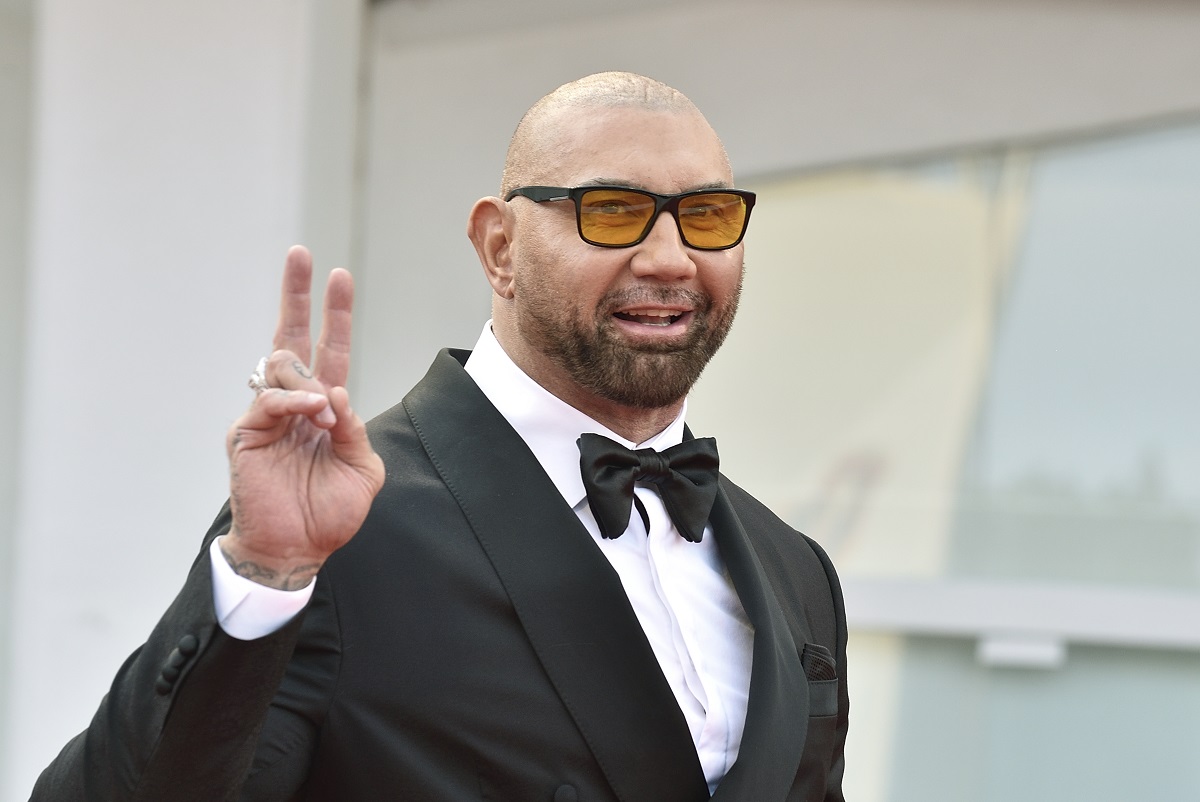 Bautista was already a bit of a household name among wrestling fans before Marvel recruited him. The actor went by the moniker Batista in the WWE, where he enjoyed a lucrative career as one of their premier megastars. In an interview with Whiskey n Sunshine, he was asked if his time in wrestling helped inform his Hollywood career.

“You know, not really, but someone said something to me the other day that kinda resonated a little bit, and I never really put any thought into it,” Bautista answered.

Bautista began to wonder if his larger-than-life persona in WWE might have subconsciously helped him develop Drax.

“I said wrestling is so big and so broad and such a big improvisational physical performance, and acting is so intimate. He said, ‘Yeah, but Drax is so big. He’s so larger than life.’ And I never really thought about it, but it really is. So, maybe subconsciously it does help a little bit, ’cause Drax is definitely not who I am,” he added.

For clarification, Bautista commented on the main difference between himself and Drax.

“I’m just much more self-conscious and understated. But maybe. I just never really thought much about it, and I never put it in that perspective. But maybe it does have something to do with it, especially when Drax starts laughing. It’s just so big and ridiculous,” Bautista explained. 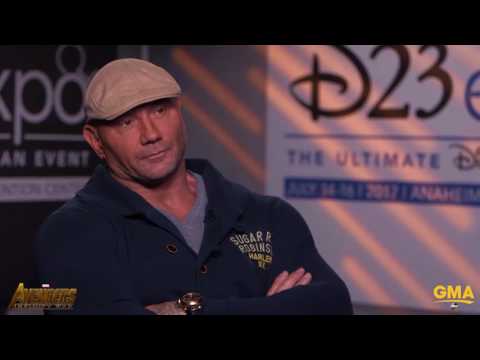 Bautista making the jump from Guardians to The Avengers was a big deal for the actor. After all, he was a part of an event that was a decade in the making.

But the superstar had some concerns about handing, not only Drax, but all the characters in Guardians to Infinity War directors the Russo brothers. This wasn’t the Russos’ fault, however. James Gunn and his cast just had a way of filming among each other he wasn’t sure would translate to Infinity War.

“But here was my fear going into the Avengers,” he said. “Was that they were gonna try to make us into characters that we weren’t, they were gonna [take the] Guardians and try to go with that and not let us be James Gunn’s Guardians.”

But Bautista’s concerns were put to ease when he actually began to work with the Russos.

“And it was completely opposite. We had the luxury that James did a lot of the writing for us. And also when we showed up, the Russo brothers were just so encouraging of us being our characters. And a lot of times ’cause we have a certain way of doing things. I mean we’ve done two films. You have the two Guardians films. Chris [Pratt] hardly ever says anything that’s actually on page. You know, he says it a bunch of different times and a bunch of different ways. “ 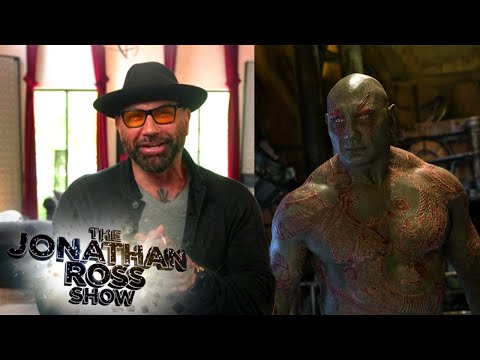 Drax may have been Bautista’s breakthrough Hollywood role, but the actor felt his character hadn’t met its true potential. And it was a potential that Bautista would’ve enjoyed exploring before his time as Drax ended.

“I think Drax has a really interesting backstory which they dropped the ball on. That’s no dig on Marvel. They had their slate, I know what they’re focused on, that’s what they have slated out. But man, I think they really missed the ball on Drax,” Bautista once told Collider. “He has such a great backstory. Selfishly, as a performer, that would have given me the opportunity to show different sides of Drax, emotionally.”