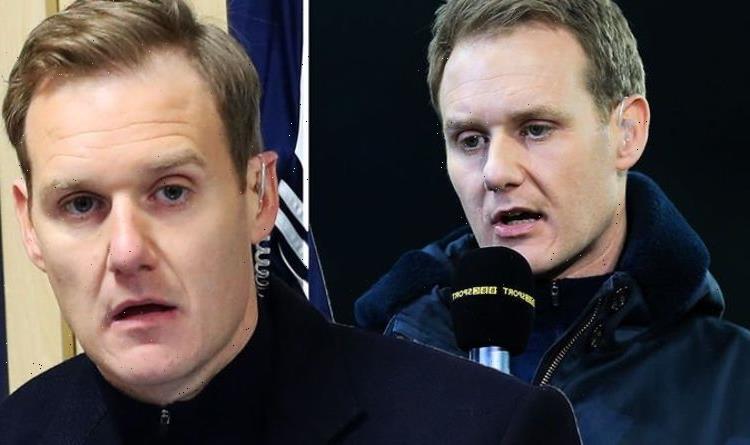 Dan Walker grills Boris Johnson on the cost of living

BBC Breakfast host Dan Walker has taken to Twitter to hit back at accusations of a “nepotism” issue within the BBC’s staff after Culture Secretary Nadine Dorries claimed that the cooperation is staffed by people “whose mum and dad worked there”. The member of parliament made the remarks yesterday during the Tory Conference in Manchester, leading the Strictly Come Dancing star to defend the broadcaster.

In view of his 725,300 followers, Dan set the record straight on how he landed his BBC presenting roles, before jokingly teasing his mum over her Strictly Come Dancing gaffe.

Dan wrote: “My mum and dad were both teachers.

“No one in my family has ever worked in the media before.

“My mum is coming to Strictly at the weekend and she thinks it’s presented by Tessa Daly”, he added, alongside laughing face emojis.

The TV star reposted an article from the Guardian which detailed the MP’s claim that the company is staffed by people whose parents worked there.

Speaking at the Tory Conference in Manchester yesterday, Nadine claimed that the institution was being driven by nepotism.

She said: “The perspective from the BBC is that they will get a settlement and then we’ll talk about how they’re going to change.

“But my perspective is, tell me how you’re going to change and then you get a settlement.

“We’re having a discussion about how the BBC can become more representative of the people who pay the licence fee, and how it can be more accessible to people from all backgrounds, not just people whose mum and dad worked there,” she told a live edition of the Telegraph podcast, Chopper’s Politics.

In 2013, the Culture Secretary drew criticism for employing two of her daughters in her parliamentary office at a cost of up to £80,000.

It was revealed that the Conservative Party member had employed daughters Phillipa and Jennifer in secretarial roles in her office.

In 2016, he joined BBC Breakfast and presented the show alongside Louise Minchin, before she left the programme last month.

Dan also regularly reports for Match of the Day and Final Score, as well as presenting shows on BBC Radio 5 Live.

In 1999, the star gained a MA in Journalism Studies at the University of Sheffield.

Days ago, Dan – who is currently competing in the 19th series of Strictly – revealed that he was “gutted” that his “amazing” co-star had left the programme, taking to Twitter to bid her farewell.

Nina Wadia exited the dance programme after being eliminated on Saturday’s show alongside her partner Neil Jones.

The BBC Breakfast newsreader took to social media to react to the series’ first elimination.

Dan penned: “I know it’s only a TV show but I am gutted to see @Nina_Wadia leave. Nina is an amazing woman who lights up every room she walks into with her smile, kindness and sense of humour.

“We will all miss her,” the broadcaster added.

Dan and his partner Nadia Bychkova avoided the dance off after scoring 26 for their performance of the Pasodoble, during which they were both dressed as gladiators.

Strictly Come Dancing continues Saturday at 6.45pm on BBC One.