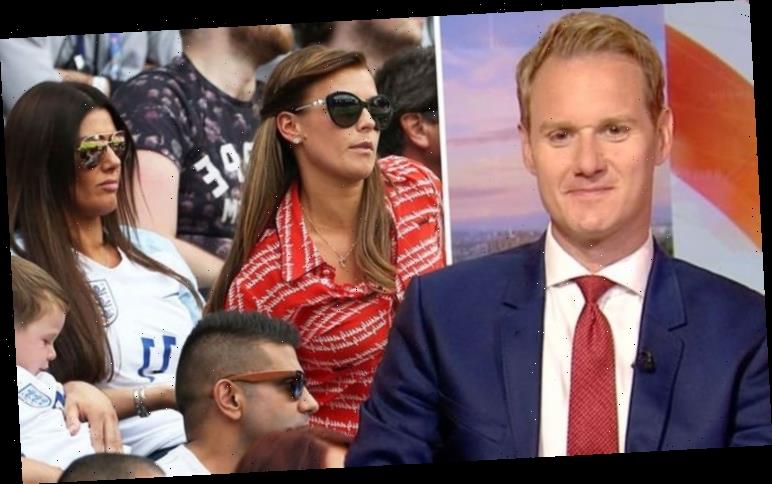 The wife of former Manchester Untied footballer, Wayne Rooney, said she had her suspicions someone was betraying her who had access to her private Instagram account.

Coleen, 33, explained she planted false information to her stories and said Rebekah account was the only one who could see them as she blocked everyone else, so came to the conclusion Jamie Vardy’s wife’s account was guilty.

However, Rebekah denied she has done anything wrong in a Twitter post shared to her 81,200 followers, and said she wished Coleen had called her about the issue first. 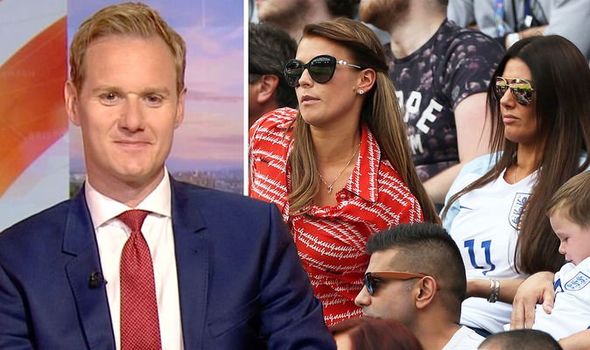 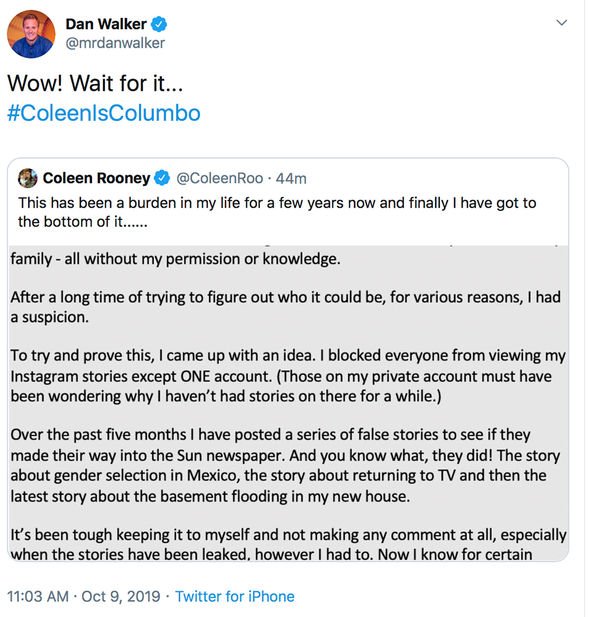 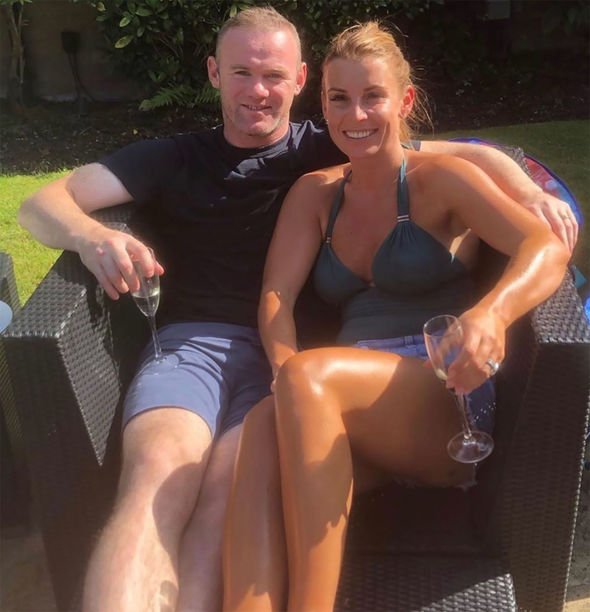 The post has rocked social media, with BBC Breakfast host, Dan Walker, even having his say on the drama.

Dan called Coleen “Columbo,” in reference to the TV character in the self-titled detective show, who uncovered crimes.

He re-posted Coleen’s message along with the reply: “Wow! Wait for it… #ColeenIsColumbo.”

Pointless host Richard Osman also spoke about the messages on Twitter and said he wants the day off to keep updated.

He wrote: “I will vote for any political party who agree to immediately give us the rest of the day off so we can follow this Coleen Rooney/Rebekah Vardy thing properly.”