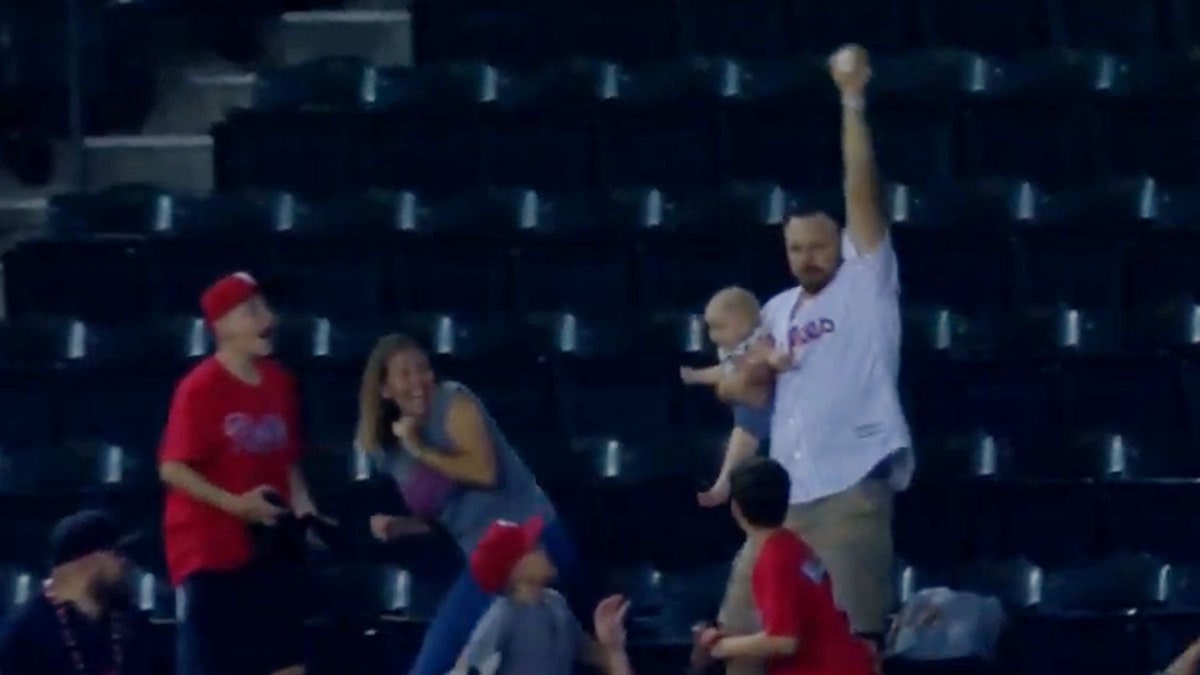 A Philadelphia Phillies fan made an AMAZING 1-handed grab at Citizens Bank Park on Wednesday … snagging a foul ball while HOLDING HIS BABY!!

The Phillies were playing the Arizona Diamondbacks when Nick Ahmend fouled a pitch off into the right field stands … where a dude clutching an infant got under the ball.

With his kid on his hip, the dad reached up and CAUGHT IT WITH 1 HAND — without dropping the baby!! 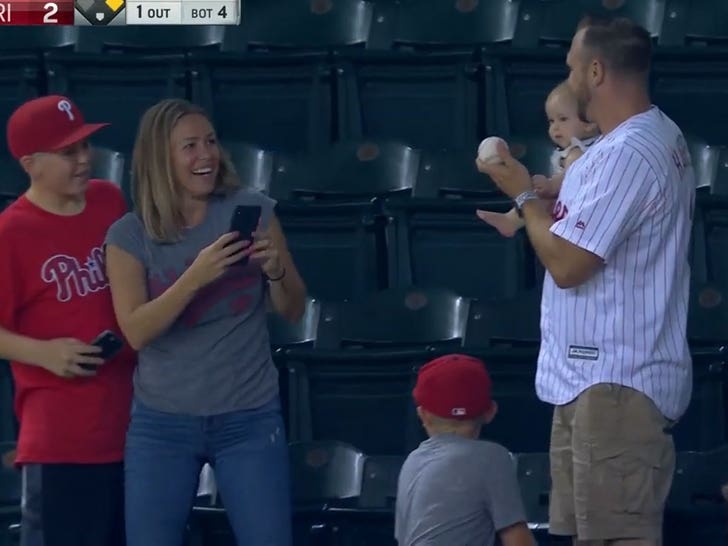 The broadcasters on NBC Sports Philadelphia were impressed too — “With a baby in hand, he was able to make the grab,” one of the guys said … “Oh man, what a baller!”

After the catch, the man told reporters he played high school and college baseball … so, he’s got a little experience.

By the way, the Diamondbacks ended up beating the Phillies in a 6 to 1 beatdown. Wonder if dad can hit!?