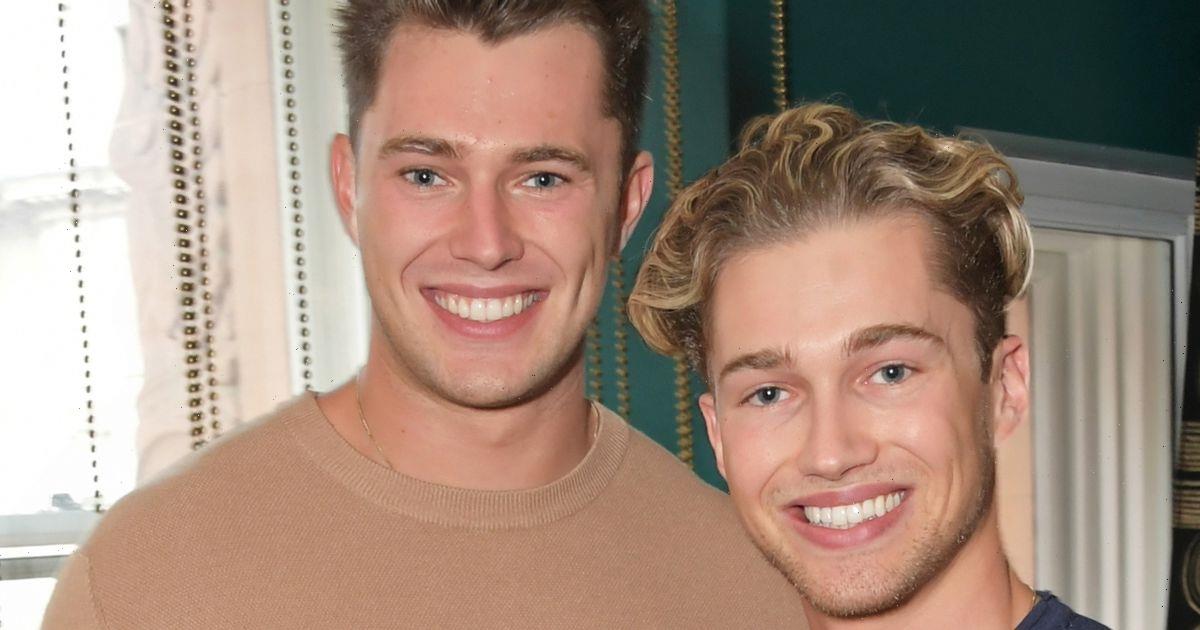 AJ and Curtis Pritchard have addressed the negative response they've received following their acting debut on Hollyoaks – telling OK! that they had no idea fans weren't impressed.

Former Love Island star Curtis, 24, joined the Channel 4 soap as Jacob, the twin brother of Marco, who is played by his real-life sibling AJ, 26.

While some were thrilled to see the familiar faces on the programme, others were less than impressed and branded their performances as "wooden as Pinocchio".

Despite the number of people "cringing" at their time on screen, it appears neither of the brothers had any idea about the negativity their acting debuts have sparked online.

In an exclusive interview, Curtis said OK! was the first to let them know there "were keyboard warriors or trolls out there about our acting, the honest truth".

"Up to this moment I felt absolutely nothing about it because I hadn't realised anybody had said anything," he told us.

His brother AJ added that if the feedback is constructive, he's all for hearing viewers have to say, but otherwise won't entertain the comments made.

"We always get that, we always get different things and for me it's always about positivity," he said.

AJ, who was recently blasted alongside his brother by Parry Glasspool, added: "I've learned to go for the positives and not the negatives.

"If someone's got constructive criticism, 100 per cent that's great, but if it's just negativity then it's not something I'm going to waste my energy and time on that."

Speaking about their time on the show, the former Strictly Come Dancing star continued: "It was really weird because obviously it was a time in Covid and there was a lot of restriction from certain elements of it. It was really good to learn off all the professionals. I loved it, it was great."

Curtis also explained how special the experience was as they watched Hollyoaks growing up.

"I thoroughly enjoyed it, I just remember being so excited to be acting, actually having my lines and focusing towards something like that – I was super excited," he said.

"Let alone to be in Hollyoaks, I've watched Hollyoaks since a kid. We'd come home from school, have some dinner put The Simpsons on and then Hollyoaks would be on straight after. "Then to actually stand on set with the actors that I watched a kid… It was quite a surreal moment actually.

"I would say it was up there with things like performing in front of the Queen and stuff – it was kind of up there with that in a weird way because I don't know it was a part of me."

Curtis added that he would love star in a film next, claiming he could play a villain like the Joker or be a character in the Avengers.

His brother AJ added it would "cool" to be in the Avengers, but he would prefer to star in a psychological thriller.