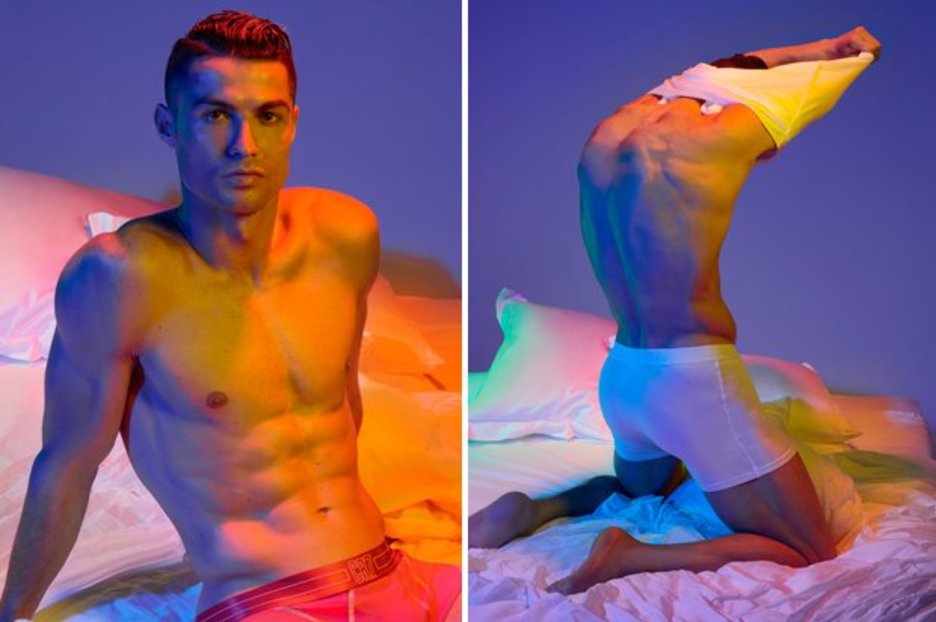 The football legend ditched his clothes for the raunchy new shots which see him posed near-nude on a bed.

Sprawling on the mattress, the buff sportsman proudly flashed his ripped abs as he smoulders for the camera.

Gazing down the lens, Ronaldo, 34, rocked a tight pair of pink boxers.

With the material clinging to his crotch, the hunk left little to the imagination as he exposed an impossible to miss bulge.

Posting a shot on his official Instagram account, Ronaldo wrote: “Light up your body this summer with the brand new High Summer CR7Underwear collection.”

Within minutes the post was flooded with messages of lust and adoration.

Replying to the snap, one fan gushed: “I love your muscular body.”

Another praised: “Such a stud. I love you.” 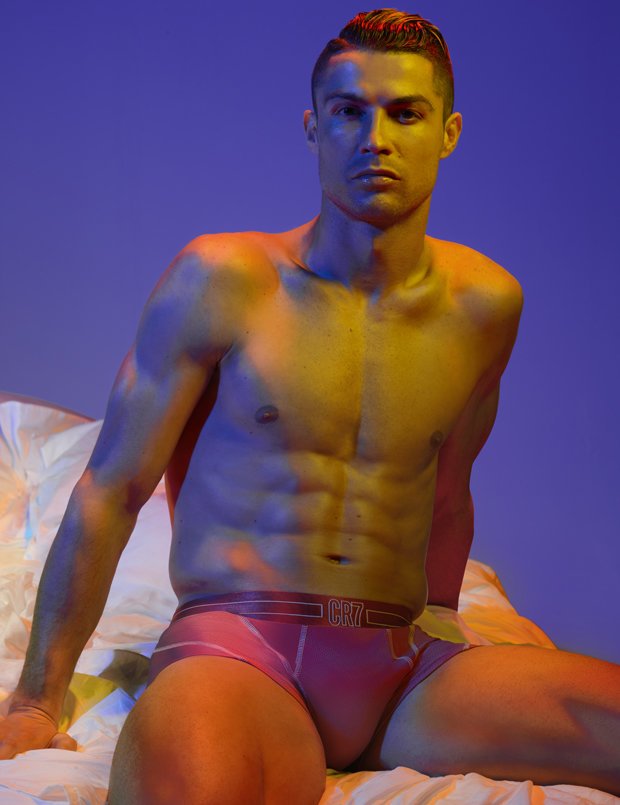 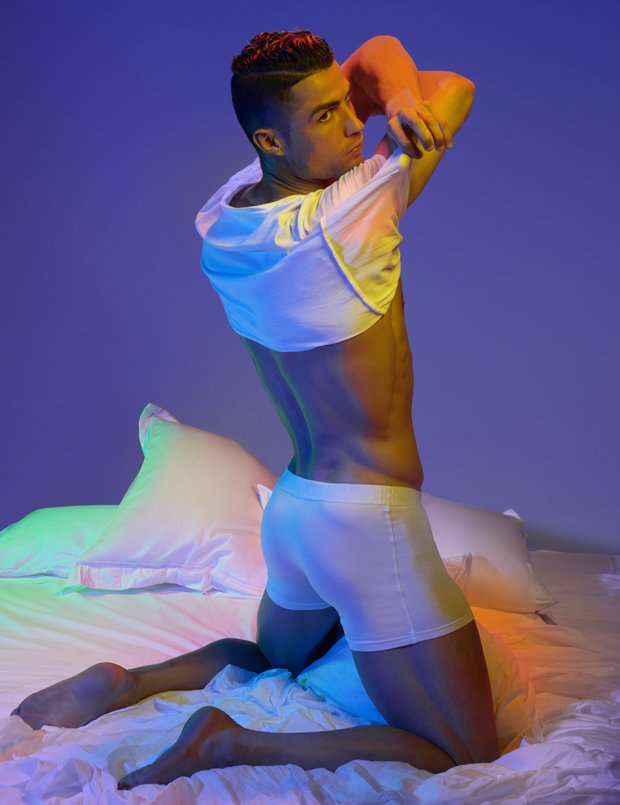 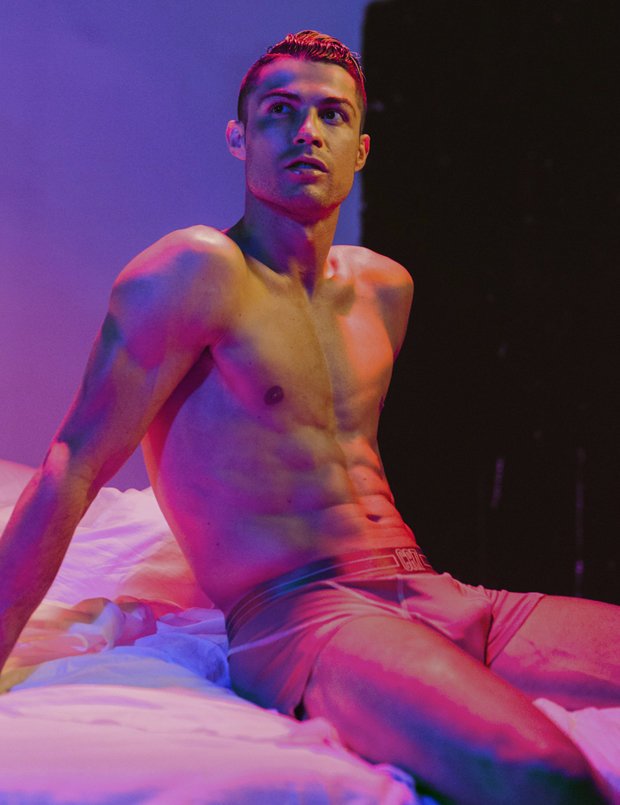 Meanwhile, another joked: “Do they light up your body like that also?”

Talking about the collection, Ronaldo said: “Summer is my favourite season and I love the time of day when the sun goes down and the sky is vivid.

“I wanted to capture that feeling in my HS19 campaign, using intense colour that’s bold, rich and compliments my new collection. 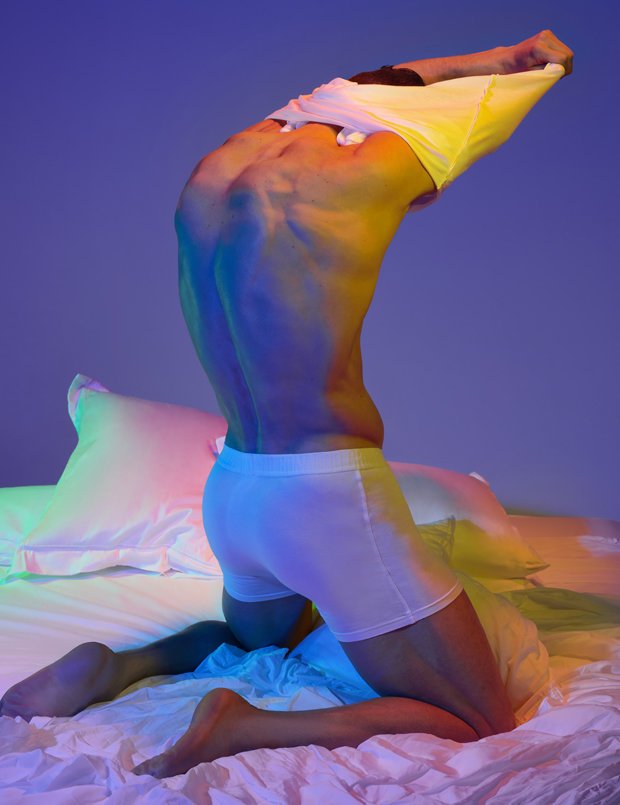 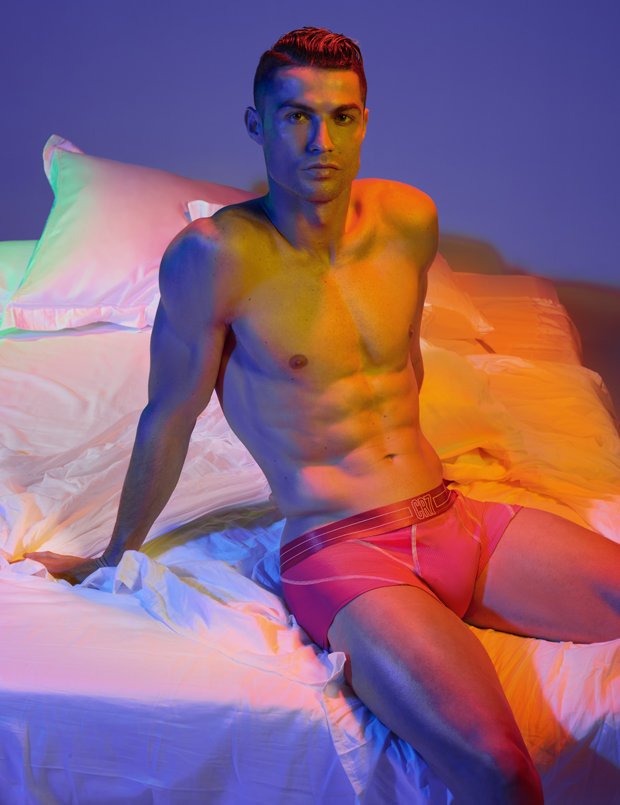 “I wanted the campaign to have a really relaxed feel. Summer is the time of year when I have some time to chill out, so I wanted to reflect that.”

The sporting-ace continued: “I always want my underwear to have a unique twist, which is where the playful use of colour comes in.

“Essentially, I want to create underwear that looks so good that I want to wear it on the beach, rather than covering it up with my swimwear!”