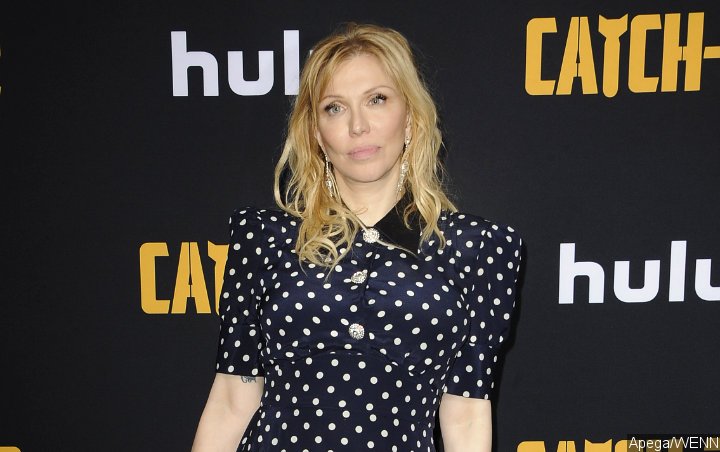 Making it clear why she rejected Joss Sackler’s offer to attend her New York Fashion Week show, the Hole frontwoman points out that she will ‘always be an opioid addict.’

Joss is married to David Sackler, whose family owns Purdue Pharma – the company that makes OxyContin and is accused of starting the opioid epidemic that has been blamed for more than 400,000 deaths in America.

According to editors at New York Post gossip column Page Six, Joss, who is set to show the latest collection from her LBV line at the Bowery Hotel Terrace on Monday, September 9, reportedly approached Courtney, who has famously struggled with drug addiction and lost her husband, Nirvana‘s Kurt Cobain, to a heroin overdose in 1994, to attend her show.

In several emails seen by the news outlet sent to Courtney by the LBV team, they denied any “relation” to Purdue, “other than Joss is married to the family”, but Courtney rejected the offer.

Explaining her decision, she told Page Six: “I am one of the most famous reformed junkies on the planet – my husband died on heroin – What is it about me that says to Joss Sackler, ‘I will sell out to you?’ Well I won’t.”

As well as the alleged $100,000 cash bonus, the LBV team reportedly offered Courtney hair and make-up ahead of the show, car service to the venue, and a custom-made ‘Phoenix’ dress from the new collection.

“I never would take their money – Joss is delusional, talking about her fashion line and private members club, their ‘philanthropical arm’. What about instead giving money to rehab facilities, paying for Narcan (a medication that counters opioid overdoses) or creating a non-addictive painkiller?” Courtney questioned. “This request from Joss Sackler is shameless and offensive after everything I, many of my friends, and millions of other addicts have been through with OxyContin. I’m sober, but I will always be an opioid addict, it doesn’t vanish. I will always be that, I am just in recovery.”