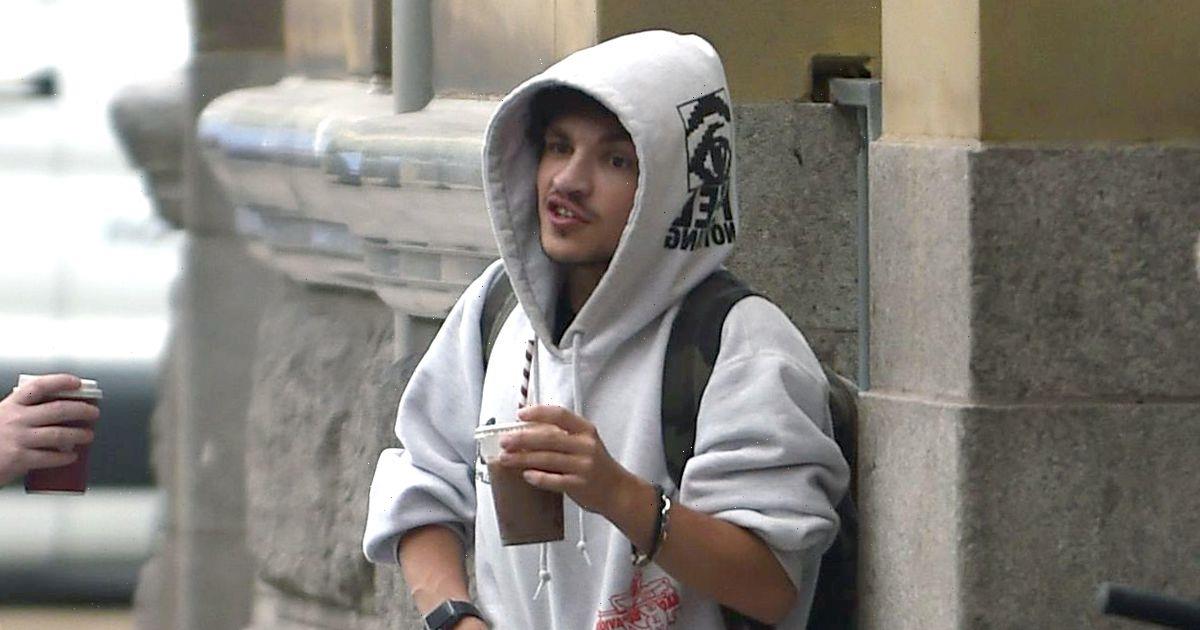 Coronation Street star Alex Bain has been snapped out and about with a foot brace after injuring his ankle at the end of May.

The actor, 20, plays Simon Barlow in the long-running soap, and has been spotted hanging out with friends wearing a foot brace after ending up in A&E at Blackburn Hospital with the injury.

He later returned to the hospital for a check-up, getting an x-ray done at the fracture clinic to see how his foot was doing.

The Corrie star's ankle seems to be healing well, and he was spotted chatting with friends and drinking a Starbucks coffee while standing on the pavement. The actor's foot is still in the brace as it continues to recover, but it seems to be healing well just a couple of weeks after the injury.

Alex previously posted a photo to Instagram showing himself at Blackburn Hospital's A&E department, as he wrote: "Not where I expected to end up tonight" followed with a laughing emoji.

He added: "Don't worry guys it's just my ankle!" followed by a smiling emoji.

He later provided another update on the social media platform, revealing he was actually jetting off on holiday to Frankfurt from Manchester airport.

Posting a selfie, he penned: "Time to see if I've still got my flight legs or something like that!"

Alex also revealed he was travelling through the airport in a wheelchair, quipping: "Got a fancy new set of wheels! Thank you to the helpful people at Manchester Airport!"

In early June, the Corrie star provided a further update once he returned to the country, as he had follow-up checks done at the hospital.

Sharing a photo of his ankle still in the boot, he wrote: "Update on the ankle: I'm at the fracture clinic having a check up and x-ray to see how it is doing!

He added: "I'll keep you all updated!"

Alex also thanked fans for their concern, and said that the hospital updates were not over yet. Alex wrote: "Quick update again! I have to go back in four weeks time to have it checked again, however they're pleased with the progress so all is well with me!

"Should be healed soon enough guys! Thanks for all your love and support!"

Alex has not confirmed what the injury is, but the boot suggests he has broken a bone in his leg or foot. The Corrie star is also yet to reveal how he injured himself to begin with. The young star, who is also a father of one, has been integral to several key plots on the cobbles over the past few months.

Most recently he came face to face with Jacob Hay, played by Jack James Ryan, who manipulated him into dealing drugs.

After convincing himself the teenager would return to his drug-dealing ways, Simon was shocked to discover Jacob coming clean over the struggles he had gone through after drug lord Harvey Gaskell – played by Will Mellor – was arrested.

For all the latest showbiz stories, sign up for OK!'s daily newsletter here.