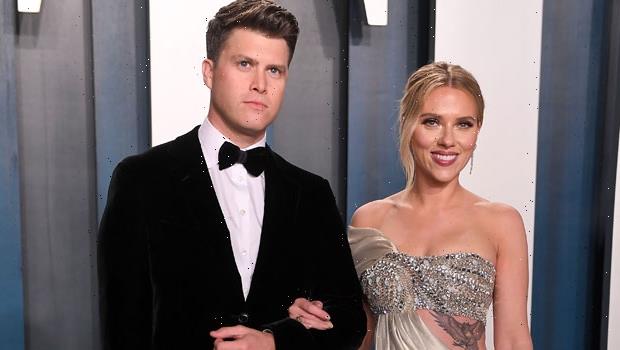 Colin Jost was spotted carrying his adorable tired stepdaughter Rose out of an NYC restaurant as she laid in his arms and her mom Scarlett Johansson followed behind them.

Colin Jost, 38, proved he’s fitting into his new role as a stepdad well when he was spotted on a recent outing with his wife Scarlett Johansson, 36, and her daughter Rose, 6. The Saturday Night Live star carried the sleepy tot as the family of three left The Mark Restaurant by Jean-Georges on Manhattan’s Upper East Side on the night of Apr. 22 and looked as comfortable as could be. She put her arms around him neck while laying her head on his shoulder while showing off a silver coat, pink pants, and neon green boots. Check out the pics HERE!

Colin wore a stylish red and black coat and black pants during the outing and Scarlett, who walked behind her husband and little gal, bundled up in a white warm-looking coat and black pants. The doting stepfather also wore a black face mask while the actress wore a red one. She also accessorized with black-framed glasses as her long blonde locks were pulled back. 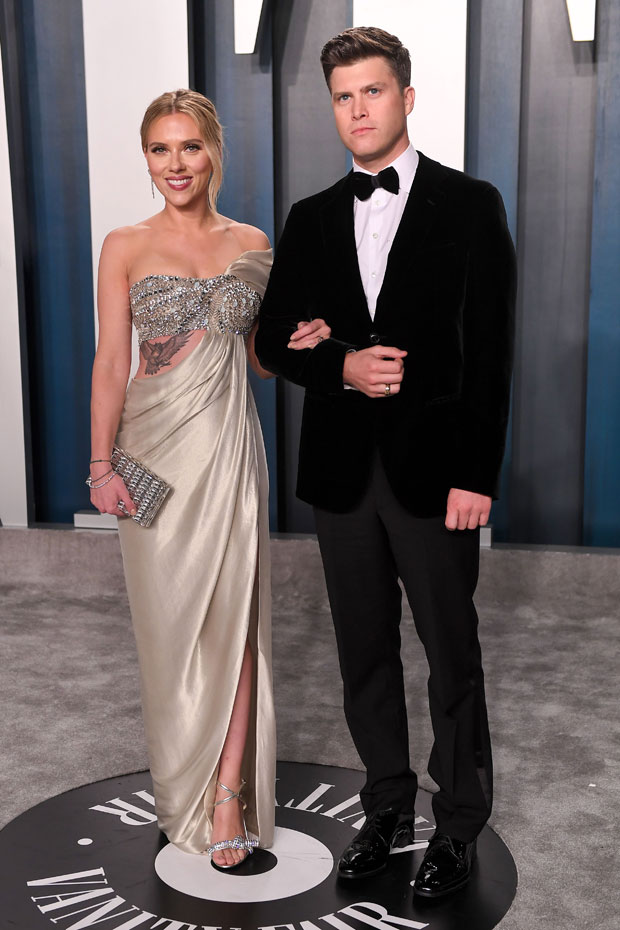 Scarlett and Colin’s latest outing with Rose, whom Scarlett shares with ex-husband Romain Dauriac, 39, comes six months after they were married in a secret ceremony. They announced their engagement in May 2019 but were pretty private about their relationship and have continued to be since tying the knot, so any outing is a rare treat. The good-looking lovebirds were first seen together in May 2017 when they kissed following her appearance on SNL and later attended the American Museum of Natural History Gala together that Dec.

Shortly after they said “I do”, Scarlett made headlines when she showed off her gorgeous gold wedding band while taking a stroll in the SoHo neighborhood of NYC in Nov. She was dressed in a casual outfit that consisted of a gray hoodie and jeans and also wore a face mask and sunglasses that helped her to blend in with other people walking around her. The eye-catching finger jewelry was seen and captured in photos when she held up her phone. 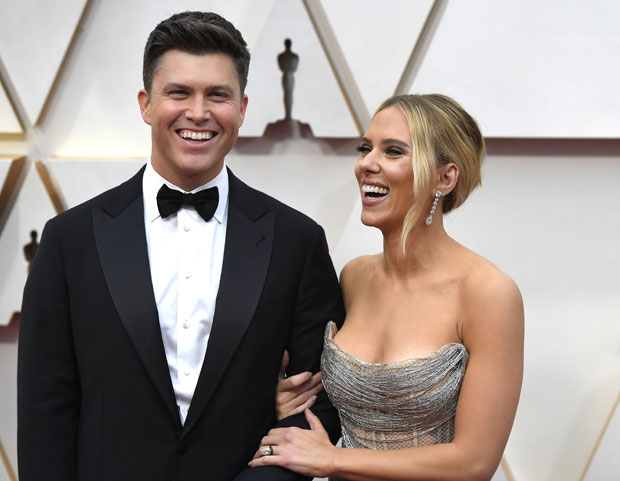 We’ll be on the lookout to see if there are any more fun outings with Scarlett, Colin, and little Rose. We hope to see more of their precious moments in the Big Apple soon!