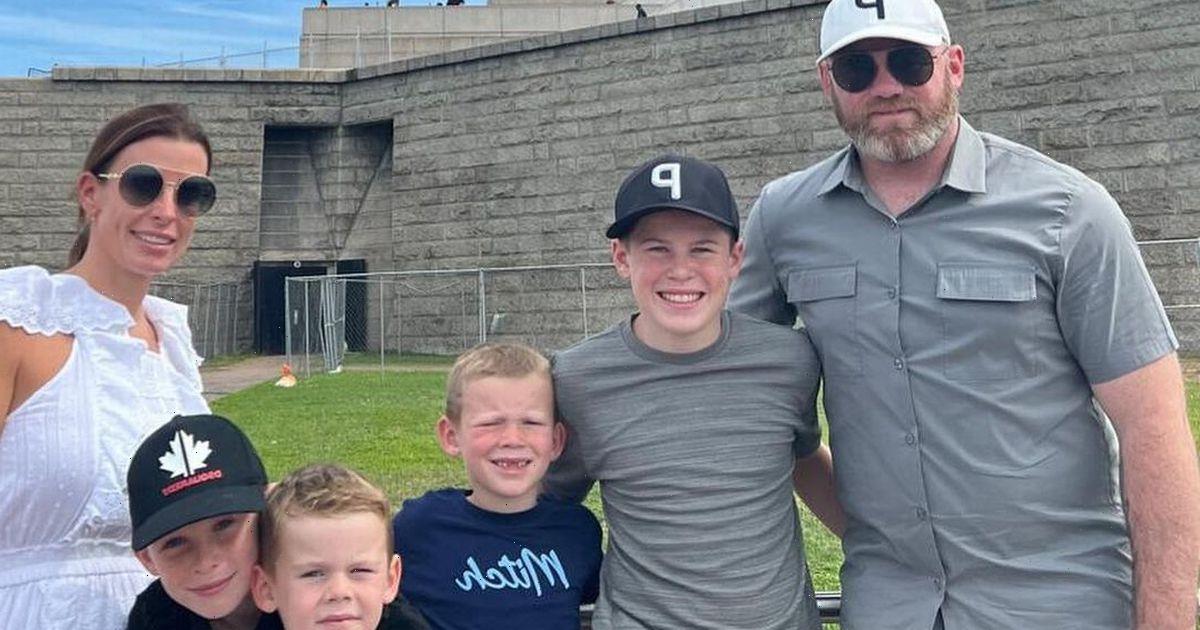 Coleen Rooney reunited with husband Wayne and went sightseeing during a trip to the US with their sons.

The mum-of-four, 36, was all smiles in snaps shared from their visit, as the family visited the Statue of Liberty, The White House and other sites.

Their getaway came after a source told OK! that Coleen was "like a different person" and "back to her best now" that the infamous Wagatha Christie case is behind her.

Earlier this month, the wife of DC United head coach Wayne, 36, was seen hanging out with Rylan Clark at Westlife’s Wembley Stadium gig.

The source said Coleen was so relieved that the libel case brought by Rebekah Vardy, 40, was over, adding: "She said it was like a black cloud over her and she didn't feel like she could be herself properly but she's back to her best now."

On Sunday, Coleen took to Instagram to share snaps from their US holiday in a post captioned: "Quick visit to New York & Washington #FamilyTime", with Statue of Liberty and red heart emojis.

She was cuddled up to former Everton and Manchester United footballer Wayne and their boys Kai, 12, Klay, 9, Kit, 6, and Cass, 4, as the family were pictured at various locations.

Among the stop was the home stadium of Wayne's Major League Soccer club DC United, with three of the boys donning the team's playing top.

Coleen looked stunning in a white summer dress while Wayne donned a smart grey shirt for a day of sightseeing.

Many of Coleen's 930,000 Instagram followers were quick to comment, with one writing: "you all deserve it after all that c**p in court glad it all came out !! Love NYC x."

The happy snaps come after her pal and fellow WAG Danielle Lloyd told OK! that Coleen and Wayne are stronger than ever following their court battle.

She said that the couple are "both very private people", despite being in the public eye.

"It is a victory for them but I don’t feel like they can get stronger than they are," Danielle said.

"At the end of the day, she’s been through a really stressful experience and she will be so relieved this is over.

"I just feel like now they’re able to move on and be happy."

Coleen won the Wagatha Christie case following a seven day trial, after she accused Rebekah of leaking stories from her private Instagram account to the press.

The judge concluded on July 29: "I have found that Ms Vardy was party to the disclosure to The Sun…

"Ms Vardy knew of and condoned this behaviour, actively engaging in it by directing Ms Watt to the private Instagram account, sending her screenshots of Ms Rooney's posts, drawing attention to items of potential interest to the press, and answering additional queries raised by the press via Ms Watt."