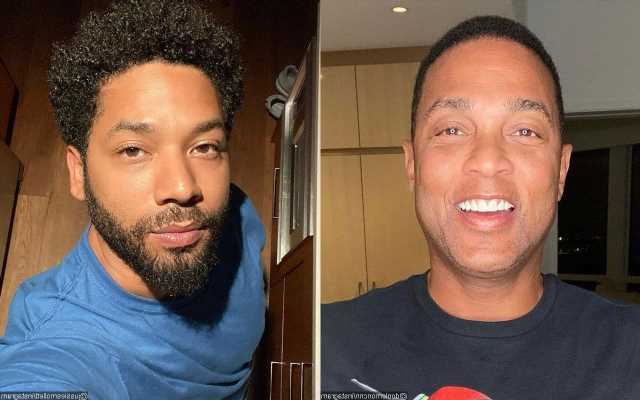 During his testimony at trial, the former ‘Empire’ star reveals that the news anchor tipped him off about police investigation into his claims about the hate-race attack.

AceShowbiz –Jussie Smollett has brought down Don Lemon after he took the stand in a trial of his alleged crime hoax. The CNN anchor has come under fire after the actor revealed in his testimony about the journalist’s role in his drama.

When testifying on Monday, December 6, Jussie told the court that he became aware of investigators’ doubts that the attack on him was genuine after receiving a text message from Don. The 39-year-old claimed it was the deciding factor to not turn over his phone records to police.

Don has been covering his friend’s trial on his late-night show “Don Lemon Tonight”, but failed to mention his alleged role in tipping off the actor that he was being investigated by police. When he chatted with on-air to CNN correspondent Omar Jimenez who has been in court in Chicago covering the trial, the 55-year-old talked about Jussie’s “really risky” decision to take the stand on Monday and promised “the very latest from the trial.”

Following Jussie’s testimony, people have blasted Don as many compared him to his former colleague Chris Cuomo, who was recently fired by CNN for using his position to help his brother, former governor Andrew Cuomo, with his sexual harassment scandal.

“Please resign and salvage what you have left of your disgraceful career,” one person tweeted, adding, “Just go away please people are tired of your lies and divisiveness. You serve no purpose.” Another asked, “Did CNN’s Don Lemon Pull a Chris Cuomo?”

A third called for Don’s suspension as writing, “If CNN is to be impartial they need to suspend Lemon until further review.” Someone else criticized the news channel, “Jussie Smollett has admitted that CNN anchor Don Lemon warned him that police were suspicious of his story. CNN does not have journalists. It has activists.”