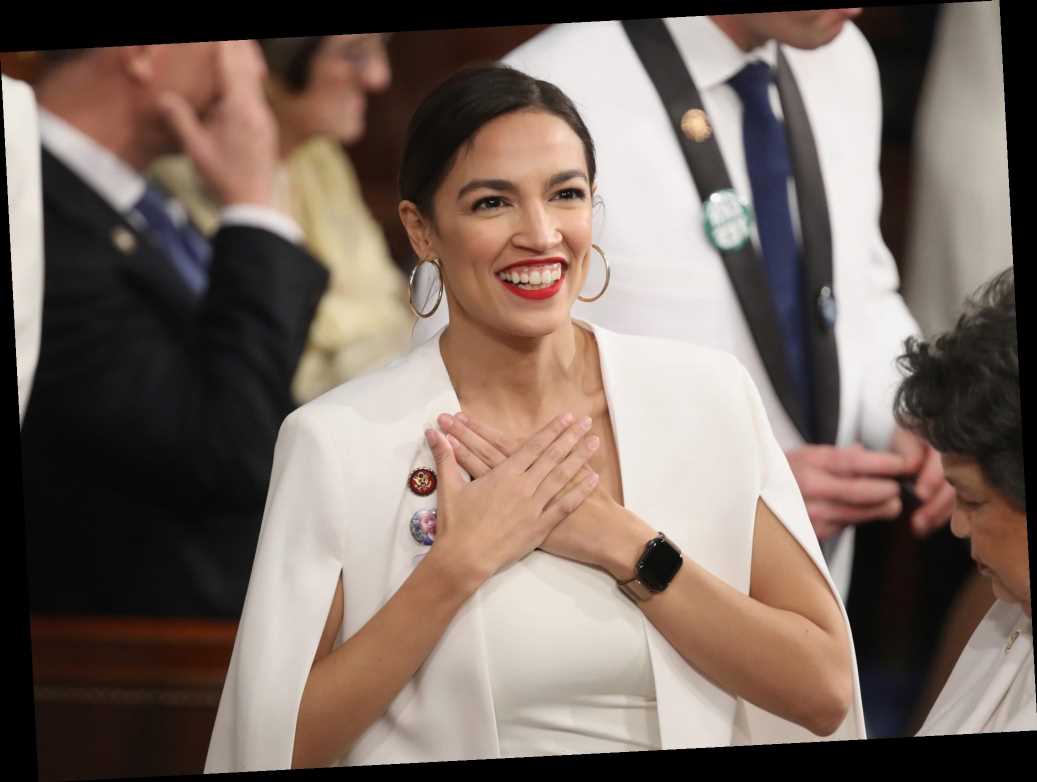 Kellyanne Conway's daughter Claudia is back on Twitter after her parents shut down her social media — and she's asking Rep. Alexandria Ocasio-Cortez to adopt her.

Claudia, 15, made headlines last month when it was discovered that she's a popular TikTok teen who vocally criticizes President Donald Trump, to whom her mother is a counselor. Earlier this month, she said that her mom and dad — George Conway, who is also critical of Trump — were trying to "silence" her after her videos and tweets went viral, and said her parents were shutting down her social media accounts.

"my parents are forcing me to delete social media so this is my last tweet. apparently, i don’t have a platform! it’s fake! love you all so much. keep fighting," she wrote at the time.

A few weeks later, it seems Claudia is back on Twitter, and in addition to shutting down Trump's racist comments about the "China virus," she tweeted at Ocasio-Cortez, writing, "@AOC adopt me."

Later on, she realized that the Democratic congresswoman from New York actually follows her on Twitter, and called it the "PEAK" of her existence.

At the time of writing, AOC has yet to respond.

Last month, among the barrages of surprises 2020 has thrown our way, people were shocked to learn that Claudia has strong political views that conflict with her mom's job as counselor to President Trump. Though George Conway demanded the media stop contacting his daughter, Claudia responded in a since-deleted tweet, writing, "You're just mad that I'm finally getting my voice heard. Sorry your marriage failed."

It's unclear whether Claudia's social media ban (via her parents) was just temporary, but it seems she knows her return might be short-lived. In response to someone asking if she thought she'd still have her phone by the end of the week, she wrote, "definitely not lol."