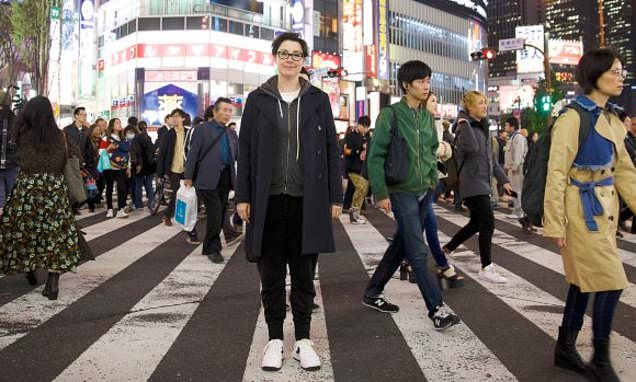 Tokyo has the world’s first robot-run hotel. Reception is staffed by cyborgs and there’s a bizarre high-tech cupboard in the bedrooms that could either be a microwave or an electronic steam press.

In last night’s Japan With Sue Perkins (BBC1) the presenter checked in for the night. There was one problem: I and surely many of the people watching knew about the robot hotel already. Why? Because Joanna Lumley stayed there on a show for ITV three years ago.

With the growing number of celebrity-fronted travel programmes, original content is becoming a challenge. 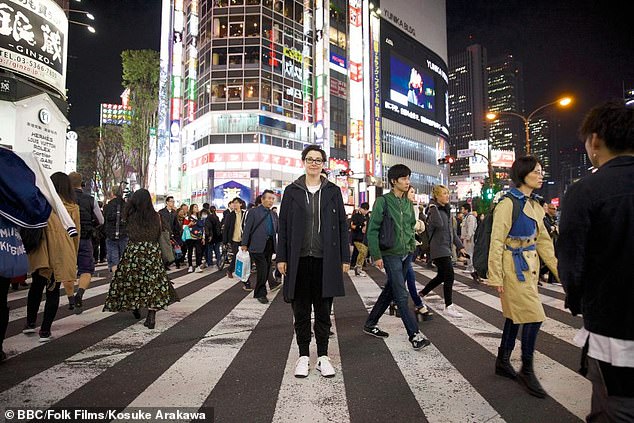 Japan with Sue Perkins on BBC 1. Perkins takes a trip around the country to understand the nation caught between the hi-tech future and traditional past

Perkins also went to watch sumo wrestlers fight, and the opening sequence suggested that she’ll also visit the geishas of Kyoto and dress like one for the next instalment. No points for originality there, either.

Thankfully, the first episode devoted to her three-week Japanese journey did cover some new territory. She spent time at ‘Hell Camp’, a business school for Japan’s ‘salarymen’ — white-collar workers who join a company straight from university and stay there for life.

Here, the middle-management salarymen introduced themselves by giving their names, ages, job — and their failings as a manager and a human being. ‘I am a weak and selfish man,’ confessed one. Badges of shame were pinned to their suits and they had to prove themselves worthy of having them removed.

By the end of the two-week course, 80 per cent had failed, something truly shameful in the Japanese business world.

In the face of such stress, it’s no wonder that ‘forest bathing’ is prescribed on Japan’s health service. With the treatment proven to lower blood pressure, Perkins rounded off the first part of her adventure by lying on a log in the forest while a therapist played the flute.

Following her previous outings along the Mekong and Ganges rivers, the first episode of her Japanese adventure felt underwhelming and predictable.

CEO Adam Frisby had no need to visit Hell Camp, as every day in the offices of his Salford clothing company seemed like hell in Breaking Fashion (BBC Three, available on iPlayer). The boss of In The Style, Adam’s business makes quick and cheap fashion (mostly in China) for the Love Island generation. 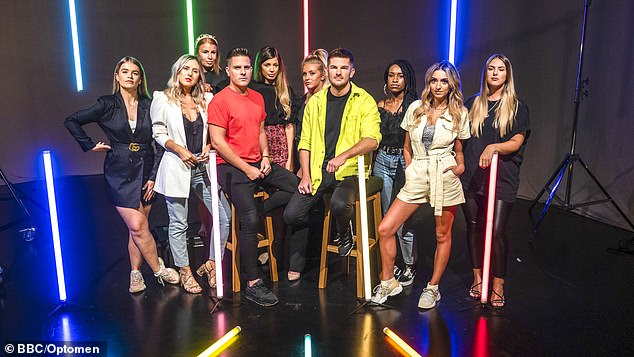 Breaking Fashion, BBC Three. The team at the fashion company In The Style (pictured) who make quick and cheap fashion for the Love Island generation

Adam’s customers want their clothes fashionable, affordable and available at the click of a button. ‘They wanna be wearing it on Instagram and in Ibiza at the weekend,’ he told us.

In last night’s episode — the first of a six-part series — we saw the launch of his company’s new range of clothes as plugged by ‘influencer’ Lorna Luxe, a former air hostess with more than 800,000 followers on social media. Lorna and five other influencers travelled to Cannes with Adam and his team to unveil the new line.

Turn off of the week

It’s easy to see why people are ditching soaps in droves. EastEnders and Corrie both feature storylines with characters addicted to prescription pills, while so many residents are being blackmailed it’s hard to keep track.

‘We don’t just swan around eating smashed avocado on toast,’ said one of them defensively. True, they also take pictures of it.

The influencers snapped one another on their iPhones wearing Adam’s clothes, ready to sell to their followers. The Salford office seemed in a permanent state of disarray; an inordinate amount of last night’s programme was devoted to his staff trying to get a parcel posted.

As a self-made man of 32 who saw a gap in the market, you have to admire Adam — even though you’d never want to work for him in a million years.

The programme offered an entertaining insight into the high-speed world of fast fashion, but six weeks of it seems excessive.