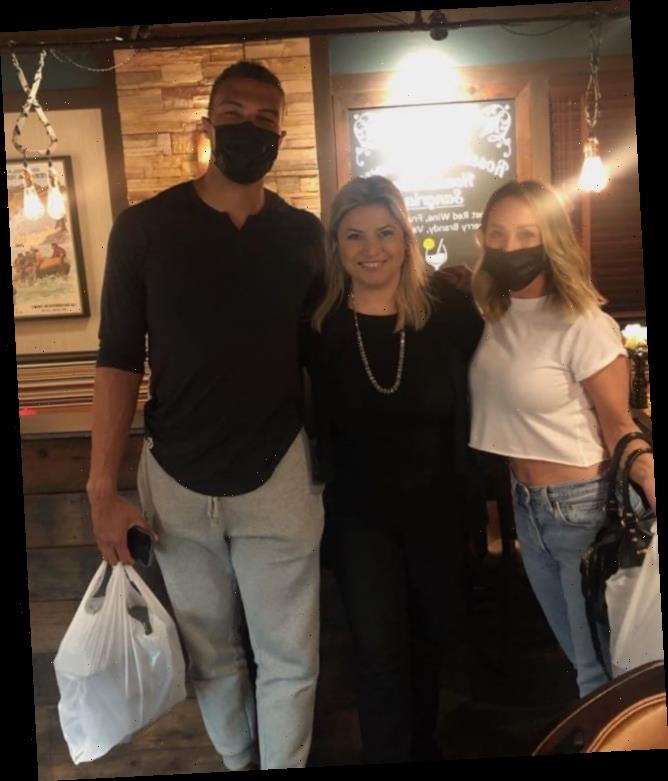 As it turns out, Clare Crawley may get her happy ending after all.

It just required a few unwanted twists and turns along the way.

The former Bachelorette, as you likely know by now, very happily and eagerly accepted a proposal from Dale Moss on an episode of this ABC competition late last year.

The couple then made multiple media appearances during which they proclaimed their true love for each other and vowed to get married in the near future and immediately start trying for kids.

And then… Moss broke up with Crawley.

He didn’t get into specifics when announcing the split last month, simply writing on Instagram:

“I wanted [to] share with you all that Clare and I have decided to go our separate ways. We appreciate the love and support we’ve received from so many people, but this is the healthiest decision for both of us at this time.”

Clare made it clear in a follow-up statement of her own that she was crushed by the development… and also that she wished Moss had not gone public at that time with the news.

She seemed pretty bitter at her ex over his confirmation.

In the weeks since, both Clare and Dale made a number of statements, both expressing their exteme sadness over the end of their engagement.

Yes, even Moss — despite being the person to initiate the break-up — claimed he’s been absolutely rocked by what transpired.

We thought Dale was maybe just being a little dramatic… but then he and Crawley were spotted out and about this week!

According to photos shared by TMZ, the two were seen drinking Moscow mules at Nokomo’s Sunset Hut in Nokomis, Florida and even holding hands!

Moreover, famous blogger Reality Steve captured the estranged couple acting all cute and cozy with each other on video on Tuesday, February 16.

Might these appearances really mean what we think they could mean? Reconciliation?!?

It’s starting to seem that way.

First, Moss shared a new photo of himself on his Instagram Story Thursday, writing as a seemingly telling caption, “A lot to smile about lately.”

He does look pretty happy, doesn’t he?

Not to mention pretty happy…

“Ughh give it up already! No one cares!”

This prompted a confident and self-assured response from Clare, one that read as follows:

Third, a witnesses at Rosebud’s Steak & Seafood in Osprey who saw Dale and Clare hanging out inside the establishment has said they looked very happy together.

And then there was this important note…

“She was wearing her ring. She did have that,” the restaurant’s manager, Bill Kodra, said Thursday. “It was large.”

So… Crawley was dining with Moss? And smiling? And rocking a huge diamond that he gave her on her finger?

We’re pretty certain this says it all.

“F–k my heart was just f–king heavy, especially the last week,” Dale wrote not long before this date, maybe signaling that he really did have regrets.

“And at the end of the day, I think we all try to do the best that we can and make the best decisions that we think at the time.

“It doesn’t mean it’s always the right one. … I know she has been f–king going through it.

“And whatever the case, I know that we will figure this out together, whatever it is.”

Katie Thurston is the Next Bachelorette … And Here’s Why Fans Are Upset About It!Start Gallery