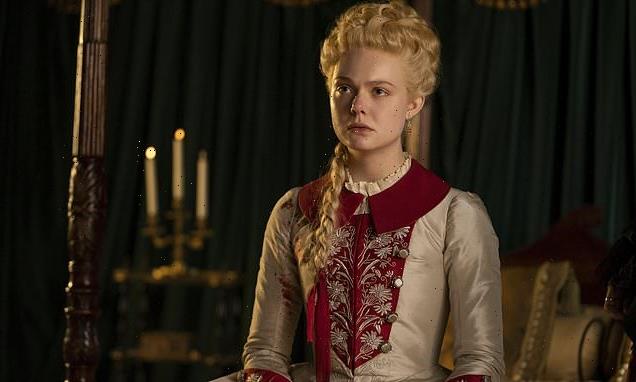 CHRISTOPHER STEVENS reviews last night’s TV: Catherine the Great’s ministry of silly outfits really is a cut above the rest

The inexplicable thing about old fashions is how their sheer weirdness was invisible at the time. It’s only when we gaze back that we realise how ridiculous we looked.

Last Saturday’s tribute on BBC2 to the fabulous Kate Bush proved that, while her music is timeless, her kooky outfits are now as dated as Victorian bustles.

And if your favourite afternoon indulgence is to spot half-remembered faces in vintage episodes of Emmerdale, Corrie, Casualty and EastEnders, on Freeview’s ITV3 or the Drama channel, studying the historic hairstyles is even more fun.

Bet Lynch’s blonde lacquer was harder than her nails. Can any hairdresser still achieve the rigid beehive that was actress Julie Goodyear’s hallmark?

In years to come, when we look back at the telly of the early 2020s, social distancing is what we’ll notice most. Shot during the pandemic, serials now reaching our screens were obliged to devise ways of keeping the actors apart. 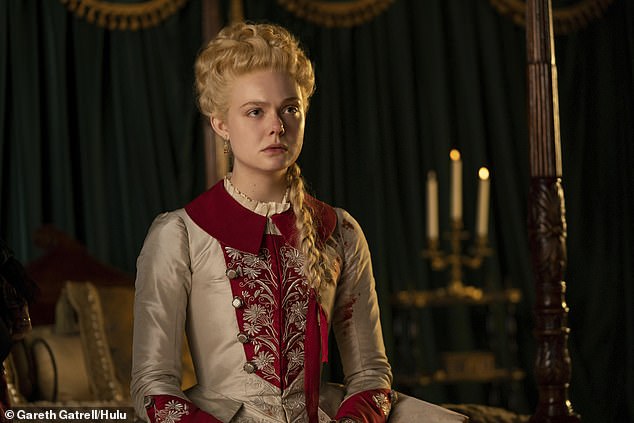 Elle Fanning in The Great in which she portrays Catherine II, the Empress of all the Russias

This works to good advantage in The Great (C4), the high-camp costume drama starring Elle Fanning as Catherine II, the Empress of all the Russias. The first season was often cluttered and confused, crowded with too many actors fighting for the camera’s attention in outlandish costumes. But this time round, a smaller cast with plenty of space between them evokes the grandeur of a royal court.

In one long, often bloody scene, Catherine received the homage of her noblemen, one by one, in a cavernous banqueting hall. Her favourite adviser Orlo (Sacha Dhawan), her devoted but drunken general Velementov (Douglas Hodge) and ‘Archie’, her treacherous archbishop (Adam Godley), were stationed at two-metre intervals.

Meanwhile, deposed tsar Peter (Nicholas Hoult) is under house arrest, with two guards trailing him at an exaggerated remove.

The characters look like dolls in a toy palace, which makes their cartoon behaviour more believable. 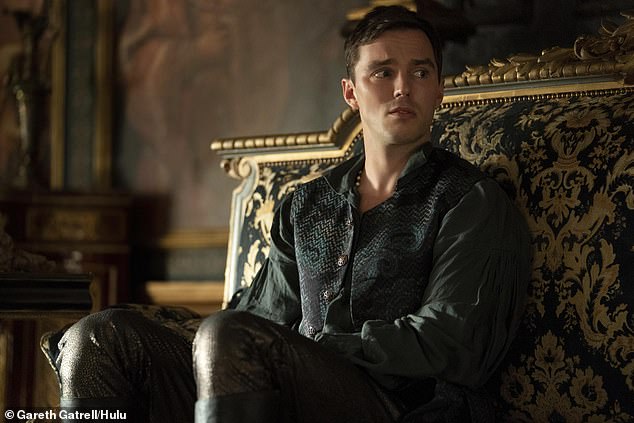 Pleading for his life, Archie scampered around the Empress at a safe distance on her coronation day. That rendered his fear more convincing — and his duplicity more shocking when, shortly afterwards, he was plotting to cut her throat at the climax of the ceremony. ‘Fun for the crowd,’ he cackled.

Catherine was crowned and survived, robed in a golden gown that was part traditional peasant costume, part 1920s flapper.

This show isn’t noted for its historical accuracy, but apparently that outfit started a fashion in 18th century Russia. It probably didn’t seem silly at the time.

Susan Calman must have filmed her Grand Week By The Sea (C5) under Covid restrictions, too, because she stood so far from everyone she met in Weymouth that conversations were carried on in bellows. She and guest Ore Oduba were 50 yards apart as they went jet-skiing, though I imagine that’s the minimum safe distance from Susan if she’s operating machinery. 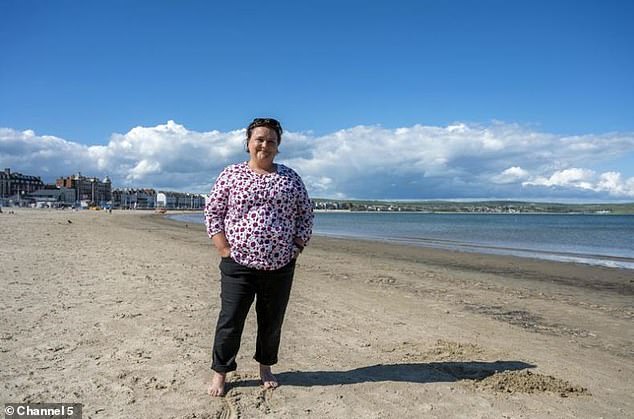 On a fairground ride, the gentle rolling of the roundabout left her pop-eyed with anxiety and jelly-legged. Watching her get worked up, like a tearful toddler, over the smallest seaside treats is endlessly entertaining. Having to swallow a raw oyster almost tipped her into meltdown.

She was much happier building sandcastles, with the grandson of Weymouth’s first ‘sand sculptor’ Fred Darrington.

Fred was famous for his painted tableaux, carved into mountains of sand, including a version of Leonardo’s Last Supper and a gang of monkeys playing poker.

Susan was less ambitious: she was happy making a sand pie with a moat around it. Ore couldn’t even do that — he claimed he was scared of getting gritty underpants. The big softy.