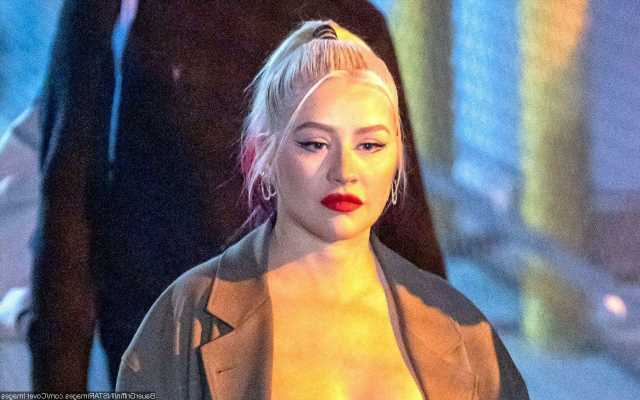 The pop star admits that her name is ‘not the easiest to pronounce,’ but Xtina prefers not to think about the alternatives offered up to her by executives as a stage name.

AceShowbiz –Christina Aguilera had to fight to keep her surname for her career. The 41-year-old pop star, who started her career in music back in the 1990s, explained that because her name is “not the easiest to pronounce” it has been “butchered a lot.” Despite that, Xtina prefers not to think about the alternatives offered up to her by executives as a stage name.

“Something that I really embody and understand is that, you know, this is a name that has been tried to be taken away from me on numerous occasions coming up in this business,” she told Billboard. “It’s not the easiest name for everyone to pronounce. It’s been butchered a lot. I prefer not to repeat the bad names that I could have been!”

The “Genie in a Bottle” songstress went on to explain that she insisted on keeping her birth moniker because she is “proud” of her mixed heritage and was inspired to make her surname the title of her latest album, which has been recorded in Spanish, as a way to create a “full circle” moment.

“But I was like no, I’m Aguilera, I’m proud of where I come from. My father being from Ecuador,” she continued. “It’s authenticity and it is very important to me. Why not come full circle in all of the chapters and close it on a name, my name!”

Meanwhile, Christina has been engaged to Matthew Rutler for the last eight years, but the loved-up couple are still in no rush to walk down the aisle.

A source said, “There are no wedding plans at the moment. [Christina] and Matt are happy the way they are. They’re one of those couples who don’t need a document to prove their love for each other.”