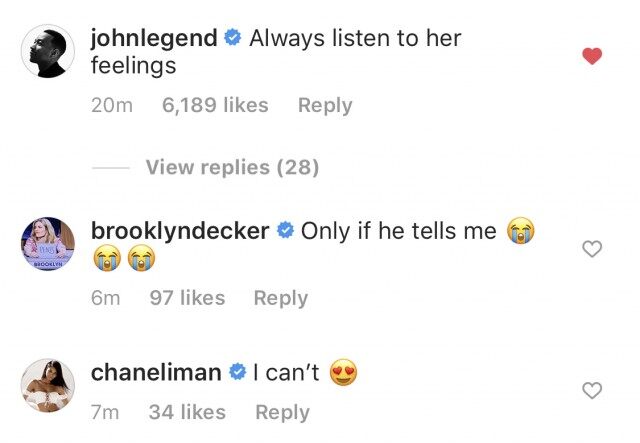 Looks like Chrissy Teigen and John Legend’s daughter has a little beau.

The Bring the Funny star took to Instagram on Thursday to share an adorable video of her 3-year-old mini-me, Luna, talking about her new boyfriend, and it’s the cutest thing we’ve ever seen.

In the clip captioned “Oh mannnnn what the!? you’re three!!!,” Luna begins by explaining what her friend does that she likes.

“He always listens to my feelings. He always shares,” she sweetly says. When asked if he’s cute, Luna says “yeah,” and then describes him as having “really long hair” and “it’s brown.”

Teigen then asks her daughter if he is her boyfriend, to which Luna adorably replies, “No, he my cute, cute boyfriend.” The video ends with the mother-of-two inquiring if Luna is going to go over to his house.

“Only if he tells me,” quips Luna.

oh mannnnn what the!? you’re three!!!

The video caught the attention of a slew of famous faces, including Luna’s father, who left a note for her future suitors. 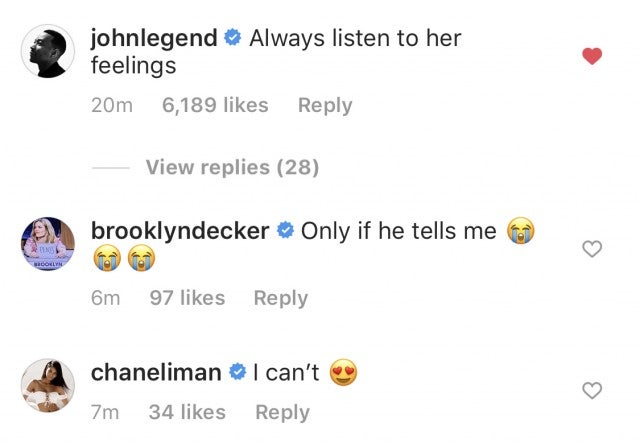 ET caught up with Teigen — who is also mother to 1-year-old son Miles — in June, where she couldn’t help but gush about the too-cute and hilarious things her daughter says.

“Luna has amazing timing,” she said of the tot. “She is so verbal… Obviously everyone’s kids say something and you’re like, ‘Where did you get that?’ But with us, it’s like, ‘How did you learn that tone or phrasing?’ She phrases things really well and she, like, holds a beat to give the punch line with things. It’s really interesting. But yeah, she’s so funny.”

first week of school ? they had us make a little family photo album she can look at when she’s sad or upset. she loves it. my heart ksosksodododosksidojsjskodmskzh

Making cornflake marshmallow and fruity pebble crunch cookies for @monicarosestyle and @traceycunningham1! From the genius that is @christinatosi and the @milkbarstore cookbook!

Look at these twin humans https://t.co/TX5xto0Gh2

Oh you cheeky face with my same squinty eye!!

At the piano, eating a rib. It doesn’t get any better than this.

Time for a zoo visit! #LunasFirstTour

Stealing john’s photo haha she’s not even his anyway

Happy first birthday Lu!!!! My lovebug. You are all the best parts of the both of us and I cannot believe how much has happened in you first 12 months of life. We love you to the luna and back. Thank you @Yopeteryang for taking these awesome photos and the lip sync battle team for such a nice surprise!!! ❤️❤️❤️

Ah!!! So many firsts

Back on set for #lipsyncbattle season 3B!

Pleassssse won’t someone play roll the lemon with me ? @bumper3077

“Why don’t I get to go to the Beauty and the Beast premiere?”

Practicing for La La with Luna