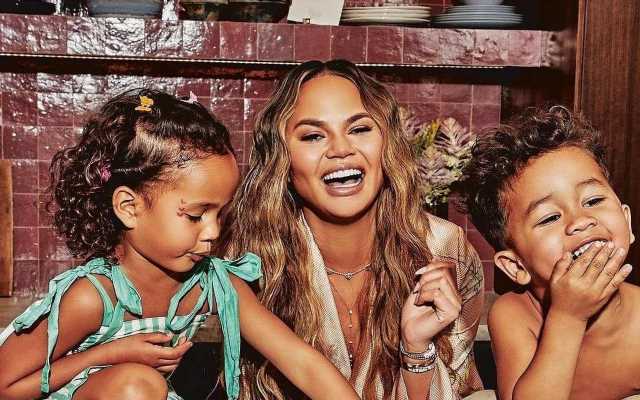 The ‘Cravings’ cookbook author is determined to be a model mother for her children as she strives to become ‘more empathetic’ following cyberbullying scandal.

AceShowbiz –Chrissy Teigen is determined to set a better example for her kids after she was outed as a former cyberbully earlier this year (21).

In her first TV interview since she was targeted as an unkind troll by model Courtney Stodden over the summer, Chrissy insists she has learned a lot about herself and is now committed to doing better, revealing she has personally reached out to everyone she has wronged online.

“I just hope these people can forgive and be able to welcome the fact that hopefully they’ve seen me be better,” Teigen told “Today“.

“I think you learn so much in the moments where you do lose so much, you lose it all, your world is kind of turned upside down. For me, it was a big moment of, ‘Wow, I need to find out how I can be better, how I can grow from this, learn from this…’ “

“I’m glad it happened… It made me a stronger person, a better person.”

The wife of singer John Legend added, “Having this period of time to digest it all and to look back and to realise that honestly there’s always so much time to grow and to learn and to become more empathetic. I look at my kids and I look at what I want their values to be and how I want them to treat people, and to see that in myself that I wasn’t doing that. The hardest part for me was realising this really had an effect on people… You don’t really think about the impact and the person on the other side.”

During the TV chat, Chrissy also revealed she was celebrating a hundred days sober after previously admitting she was drinking too much alcohol.

“I feel so good, I feel very clear-headed,” she said.