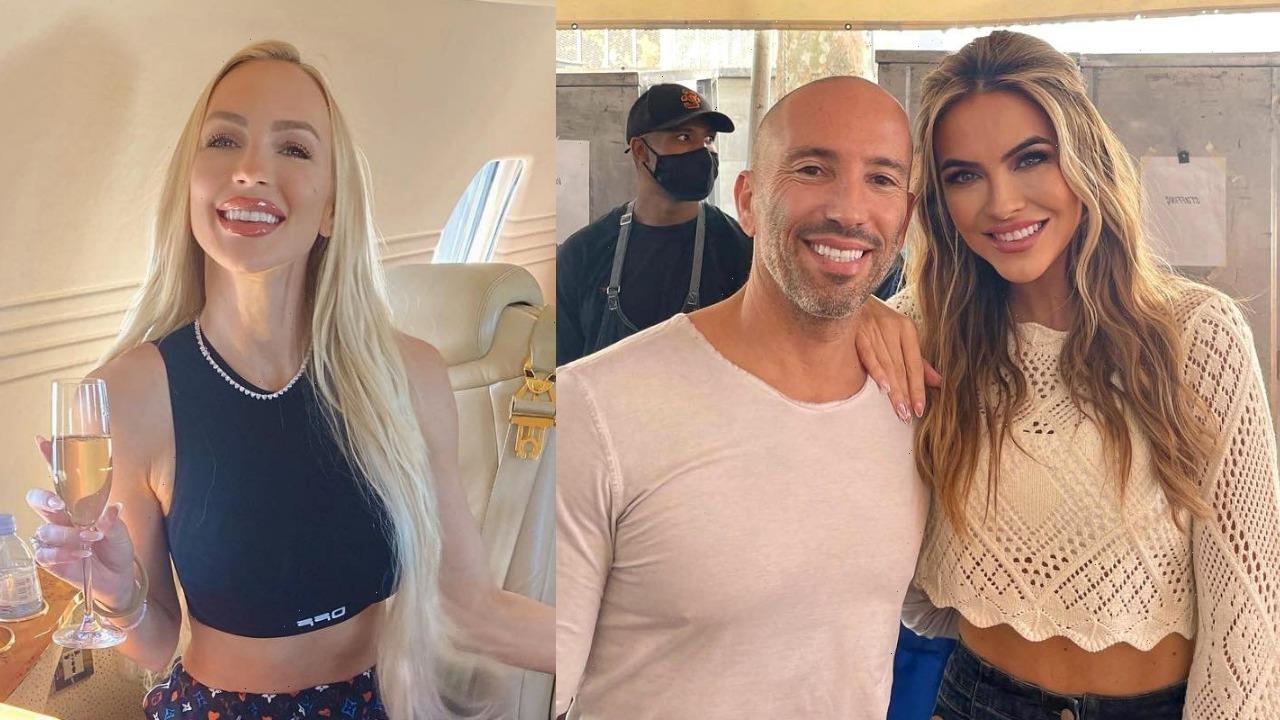 During ‘Table Manners’ podcast interview, Christine says that she believes Jason, who split from his ex in December, ‘was madly in love’ with the former soap opera actress.

The “Selling Sunset” stars split in December because the real estate agency boss doesn’t want to have children, but the 33-year-old beauty insisted Jason was “madly in love” with the former soap star and blamed her rival for the break-up. Appearing on the “Table Manners” podcast, she told hosts Jessie and Lennie War, “Jason just, um, you know, he’s very clear that he wants to have like, you know, and I think it’s really implied he just wants to be a bachelor and have fun.”

“But also he was madly in love with Crishell. He really really was,” Christine insisted. When asked why she thought they didn’t work out, she declared,” Because she’s a b***h.”

Christine went on to blame Chrishell’s soap opera background and a fight they had on the show for her dislike of the “All My Children” star, even though she insisted they only clashed because she knew it would be good for the program. She said, “She used to be a soap opera actress. So you know, like, she’s just, she’s in person… and for years from season one, she has still not liked me, you know, from that, you know, little fight that we have.”

“And I’m like, ‘Girl, I’m doing it for the ratings,’ ” Christine continued. “I understand that it’s important to have good television. And I feel like no one wants to go there. No one wants to be vulnerable. No one wants to push the boundaries. So I’ve always taken the brunt of everything.”

Christine also used the food podcast to open up about her body issues, saying she has always felt uncomfortable with her body, which led her to get a breast enlargement. She shared, “I never felt comfortable in my body. Because I grew up watching Dolly Parton and Marilyn Monroe.”

“And I just, I didn’t feel like I looked like them. And so I felt like I needed to change my body. So I did get a breast augmentation,” Christine continued. “And that was one of the best things that I ever did. Because when I was, I was 25, and in my mind, it’s like I want it I until I that translated physically, then that’s when the confidence came.

“Because, you know, I know I know that a lot of people identify with like, you know, gender problems or whatever it may be or gender issues and you know, not feeling a certain way, but that’s how I was I was like, I don’t feel sexy. I don’t feel like myself,” she elaborated. “And then once I did that, I felt like the best version of myself and it was the best thing I ever did.”

Listen to Christine’s full interview on “Table Manners” at https://play.acast.com/s/tablemanners/.