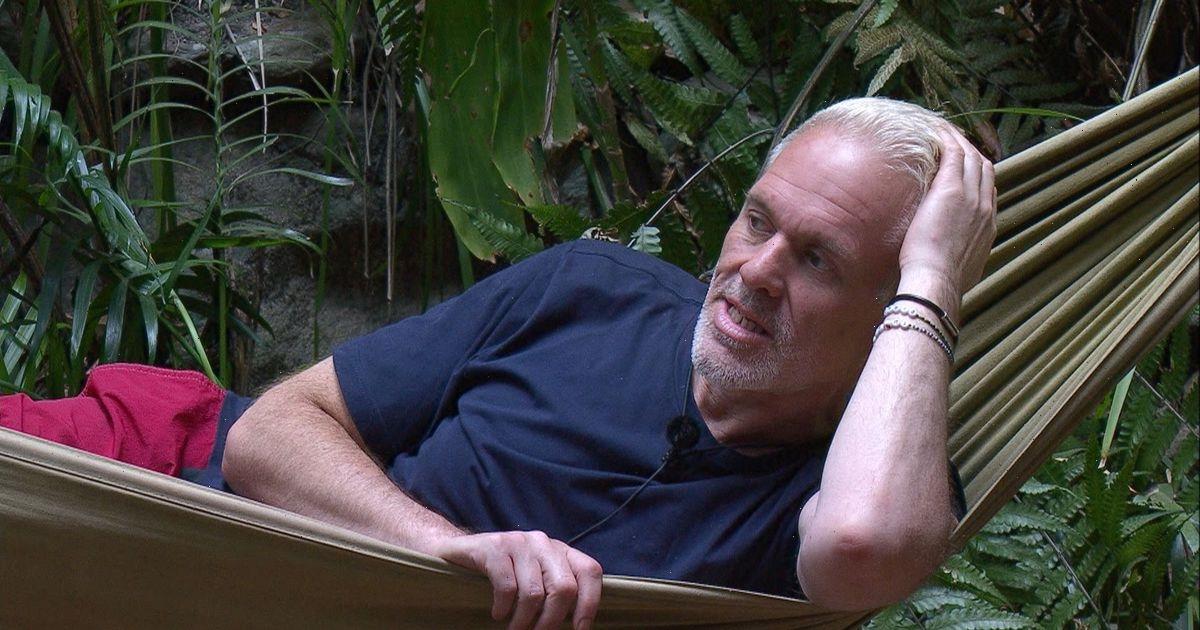 Chris Moyles has revealed all the campmates have been secretly trying to pinch items from ITV throughout the filming of I'm A Celebrity…Get Me Out of Here!

After the radio DJ, 48, was the sixth star eliminated from the show last night he explained the celebrities are trying to steal whatever they can when they leave the camp to do trials.

He said: "Everybody in camp has become some kind of Jason Bourne kleptomaniac. So, when you go to do a trial or a challenge, you have to leave camp and you walk down, up and down a myriad of steps to the jungle and then there's the rope bridge.

"And then the challenges are in different places. So we all made it a mission to steal whatever we possibly could and try get it back.”

Chris spilled the details on what was taken, as he continued: "We've stolen chalk, a pen, a list of health and safety guidelines.

“When I did the trial with Owen yesterday with the crane and all of that business, I managed to steal two and a half packets of biscuits, you know the ones that you get in hotels with two biscuits.

“But yeah, I managed to get them so I did that entire task with a crane getting electrocuted but hanging on to the biscuits at all costs."

The DJ then said he broke the biscuits up and tried to hide them in the dunny for people to eat ‑ but they were quickly confiscated by bosses.

In an exit interview on Radio X, where he normally hosts the breakfast show, Chris also said he was at his "lowest weight since school", but did not disclose what he now weighs.

He explained how he "hacked the Wi-Fi" when in isolation preparing to go into the jungle — just so he could watch his beloved Leeds United.

Once in Australia, the contestants were in isolation for a week with no access to friends and family, and Wi-Fi only supposedly allowed for streaming services, like Netflix.

When asked about the Liverpool v Leeds game, Chris grinned as he told Radio X: "I managed to watch the game. So you come to Australia and from the moment you enter the airport, you're in isolation so you get driven on your own to a house.

“They take your phone and iPad off you and the House has got 24-hour security and there's a massive fence at the back bottom of the garden so you can't escape.

"And you've got no contact with the outside world, unless you hack the Wi-Fi, and then what you do is you subscribe to an Australian sports channel so you can watch the Premier League and what you do is then watch the Liverpool v Leeds game and don't respond to it."

He added: "And then you also watch the Grand Prix on Sunday."