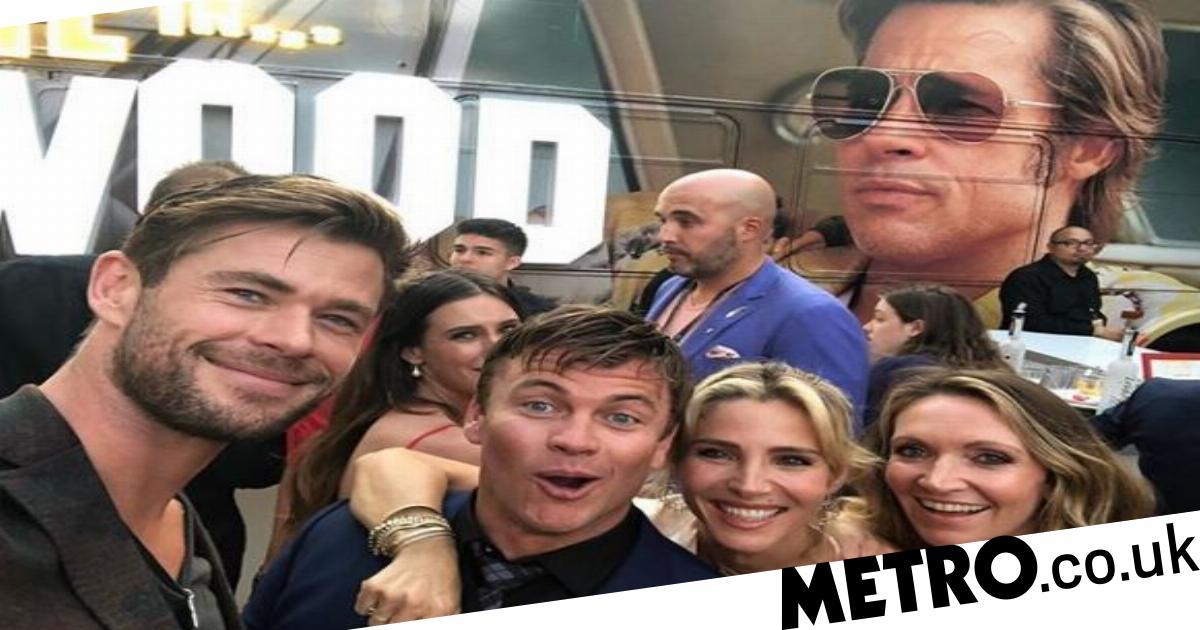 Chris Hemsworth’s family day out to the Once Upon A Time in Hollywood means only one thing – the chance for some A-List selfies on the red carpet.

The Thor actor clearly had his eye on trying to get the all-too-rare Brad Pitt selfie and tried his best to nab one on the red carpet.

Bringing along wife Elsa Pataky, his brother Luke and his sister-in-law Samantha, the gang invaded the Chinese Theatre in Hollywood for the fancy do earlier this week.

He later posted a photo on Insta of the gang all together, complete with ‘Brad’ in the background.

The star captioned the pic: ‘Epic selfie with Brad and a few few friends last night at the [Once Upon a Time in Hollywood] premiere.’

Standing proud at the back was Brad…on a poster for the film, because sometimes even celebrities can only get so far to snap other celebrities.

Nice try, Chris – to be fair, we wouldn’t have been able to do much better.

Chris has a lot to celebrate over the next few days after it was confirmed that Thor would be back for more action.

Thor 4: Love and Thunder was announced at San Diego Comic-Con last weekend – and it promises to be absolutely epic with gamechangers including confirmation that Tessa Thompson’s Valkyrie is the first LGBT member of the MCU.

On top of that, Thor will be handing over Mjölnir to his ex-girlfriend Jane Foster, as Natalie Portman returns to the franchise after previously pulling out years ago.

It was also announced that the star will be making a surprise cameo in the Jay and Silent Bob: Reboot – despite never appearing in the original series.

Did someone say Snoochie Boochies?

So while he still has some downtime, it makes total sense he’s making the most of it with his family.