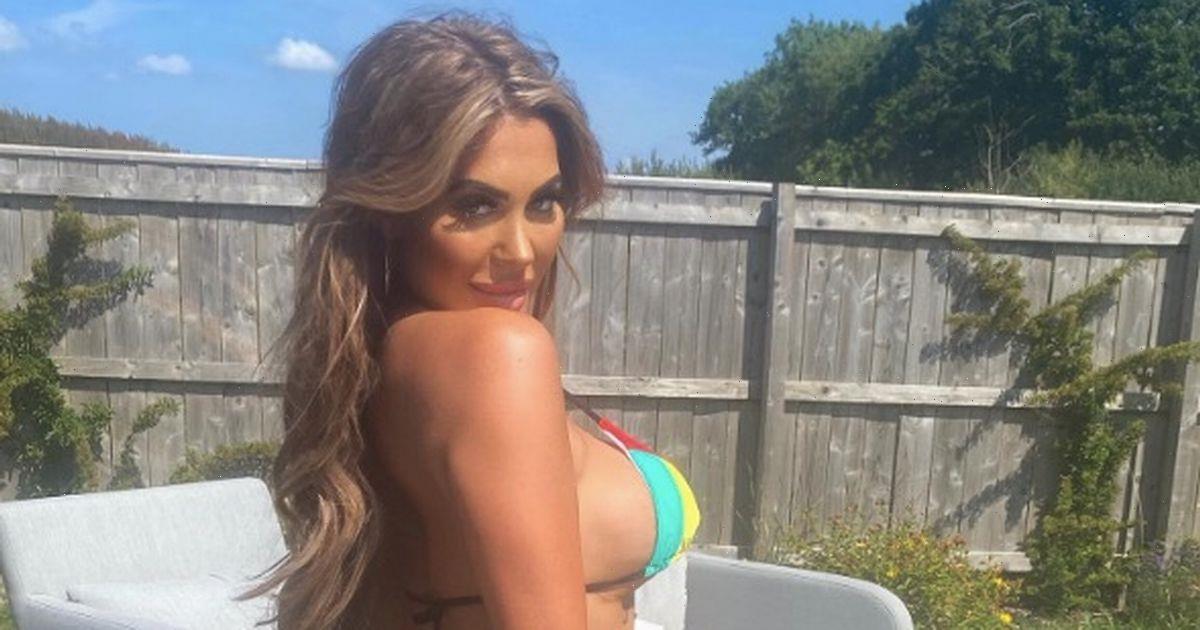 Chloe Ferry has shared a snap displaying her huge bum tattoo, wowing her 3.9 million Instagram followers with the inking.

Stripping down to a tiny bikini, the former Geordie Shore star shared that she’s been spending some of the heatwave in her back garden.

The star showed off her impressive tan, and stunning tattoo, captioning the image: “Garden party bang.”

The picture shows Chloe striking a pose in her garden while wearing a glam multicoloured bikini.

Her summer look is completed with some stunning makeup and added accessories.

“Hottt,” commented one fan, with another adding: “Wow what a nice picture you look gorgeous and cute hot!”

Not one to shy away from hot temperatures, Chloe has recently returned from Ibiza, where she was holidaying with fellow Geordie Shore cast members Bethan Kershaw and Amelia Hewitt.

While visiting Ibiza, she was also reunited with pal Wayne Lineker.

Prior to her trip, the Celebs Go Dating alumnus announced that she would be taking a break from social media.

She wrote on Instagram: "I've decided to come off social media and my phone for a few days to try find my self again and to know what's real in this life! Lately, it's been one thing after another in my life and I feel I need a BREAK."

Chloe continued: “Remember not everything you see on social media is real, having a detox to remember what's important in life.

"Anything from now that goes on my Instagram/Snapchat will be pre-recorded stuff/work from my agents and business partners.”

Prior to this social media hiatus, she was forced to deny rumours that she’s engaged to boyfriend Johnny Wilbo, insisting that they’re “taking things slow.”

The pair are believed to have been dating for a few months now, and while they claim to be taking things slow, Johnny has got Chloe’s name tattooed on his neck.

Speaking to OK!, Chloe said: “No engagement. Not yet

“If he could actually marry me tomorrow he probably would, but I want to take things slow, to be honest.

“I feel like every time you rush something it never goes right, but if he could marry me tomorrow he would, but I’ve said I want it slow. It’s not even been a year.”