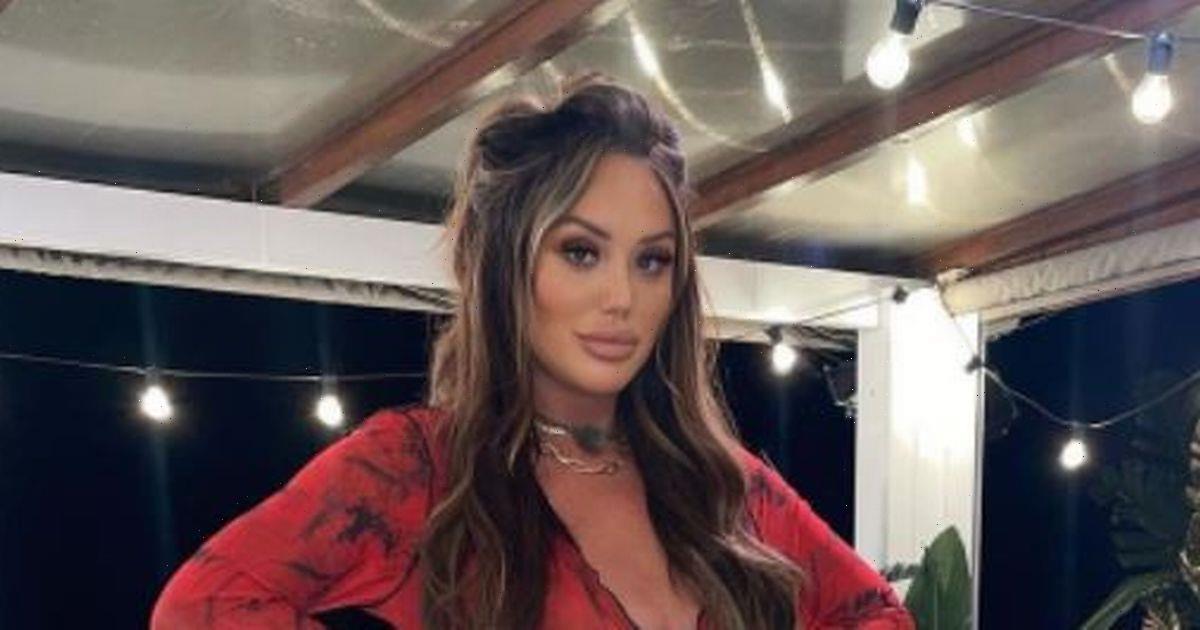 Former Geordie Shore star Charlotte Crosby has drawn on maternity fashion inspiration from popstar Rihanna as she showed off her growing baby bump in a stunning matching co-ord.

The TV personality announced she was pregnant with her first child last month and is enjoying sharing snaps of her growing bump on social media.

In new pics, the 31 year old wore a red top which showed off her baby bump with matching flared trousers, and captioned the Instagram snap: “Giving you pregnancy Rihanna vibes”.

Singer and fashion designer Rihanna has been experimenting with trendy maternity fashion during her own pregnancy with her first child with beau, rapper A$AP Rocky.

Rihanna has worn a number of outfits that have revealed her growing bump, much like the outfit Charlotte wore in the snap.

Georgie Shore co-star Marnie Simpson, who is also pregnant, wrote: “Living for this look”, with a fire emoji.

Charlotte suffered a devastating ectopic pregnancy during her relationship with former Geordie Shore star Gaz Beadle in 2016, and had to have her right fallopian tube removed.

She admitted that she “wasn’t sure” that she would ever have a child after the heartbreaking incident.

Family and friends are delighted that she is now pregnant with boyfriend Jake Ankers, who she has been dating since last year.

She announced the exciting news with a video montage showing the star’s pregnancy test, going for scans, and the excited response from the couple’s nearest and dearest.

She wrote: “A moment I wasn’t sure would ever be mine… Is here, it’s mine (and Jakes) and i couldn’t be happier to be sharing it with you all…… Im having a baby”.

Charlotte has already made reference to pregnant Rihanna on her social media with a hilarious TikTok lip syncing to someone saying: “I’m not saying I am better than anyone, but all I know is that I’m pregnant at the exact same time that Rihanna is pregnant, so I’m kind of better than everyone.”

The glammed up Geordie star excitedly showed her bump while wearing a multi-coloured playsuit and heels.

For more Geordie Shore news, sign up to our daily newsletter here.