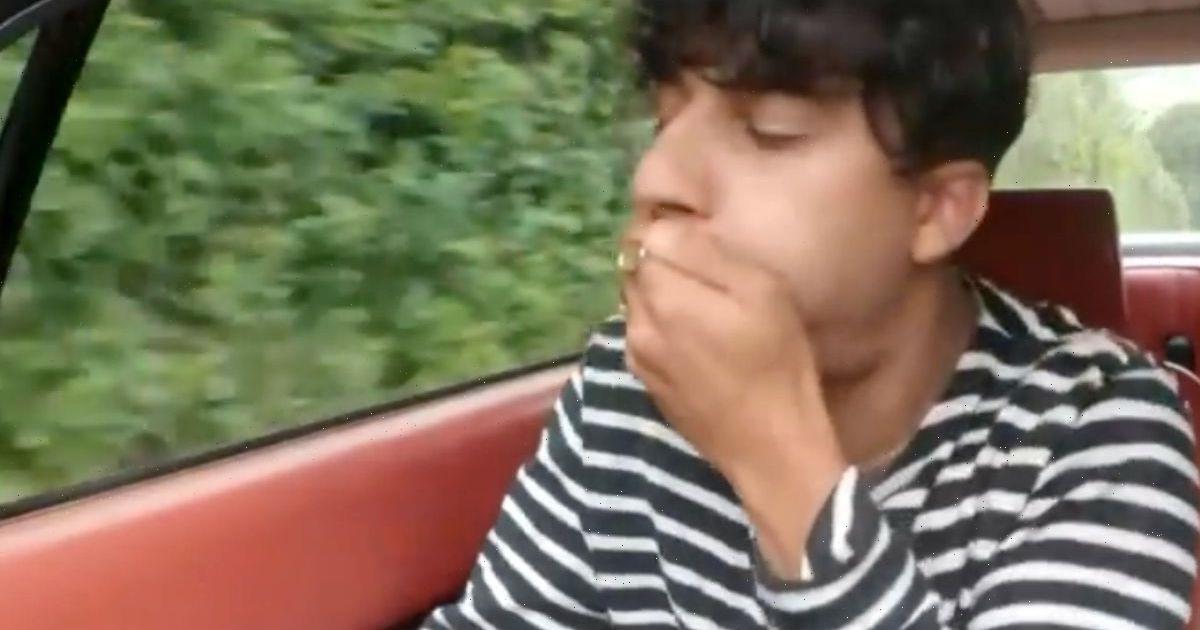 Karim Zeroual has left followers concerned after he shared a clip of himself projectile vomiting on his Instagram Stories.

The 27-year-old kids TV presenter looked to be in Cardiff filming a TV project, as he was chauffeured down a country lane in a very fancy old-school Ferrari.

Karim, who also appeared on this year's Celebs Go Dating: The Mansion, had a camera set-up on the dashboard and was already filming his trip in the car when he started to feel unwell.

Earlier today, the star posed on the bonnet of a black 1982 Ferrari, posting the snap to his Instagram Stories.

He captioned the pic: "Can't call this work! Humbled", as he beamed for the camera.

However, it looks like disaster struck as the presenter was hit with a stomach bug at the worst possible moment.

Pre-warning his fans, he wrote "Wasn't sick in the Ferarri today but do have the footage…"

Earlier this week, Karim had set off on a drive in the sports car, sitting in the passenger seat as an unknown woman was behind the wheel.

The footage shared by the star showed them driving up a narrow country lane when Karim asked the driver to pull over as he felt sick.

They were travelling down a single track road with no room to pull over, and the star looked panicked.

Captioning the clip "Rarri about to get violated", Karim is then filmed projectile vomiting all over the expensive vintage car, thought to be worth around £40,000.

Although the former Strictly finalist tried to prevent mess with his hands, he was repeatedly sick, apologising profusely to the driver, who assured him it was okay.

Despite the embarrassing incident, Karim took it in his stride, and joked about his puking on his social media.

The star was looking a little grey and sheepish during the clip, but he soon recovered and decided to share his embarrassing moment with his followers to brighten their day with some icky humour.

Posing for a selfie earlier this evening, he joked that everyone was loving the clip he'd posted.

Karim captioned the image: "Raaaa you lot LOVING me being sick you know! Hahaha!"

He then went on to re-post some fans' Instagram Stories he'd been mentioned in, with one writing "what's going on bro?!" and another saying: "what are you on???"

However, one fan loved the star's candidness, writing that "this is why you're my favourite celeb".